Caution urged as sub-zero warning for Ireland extended until Friday 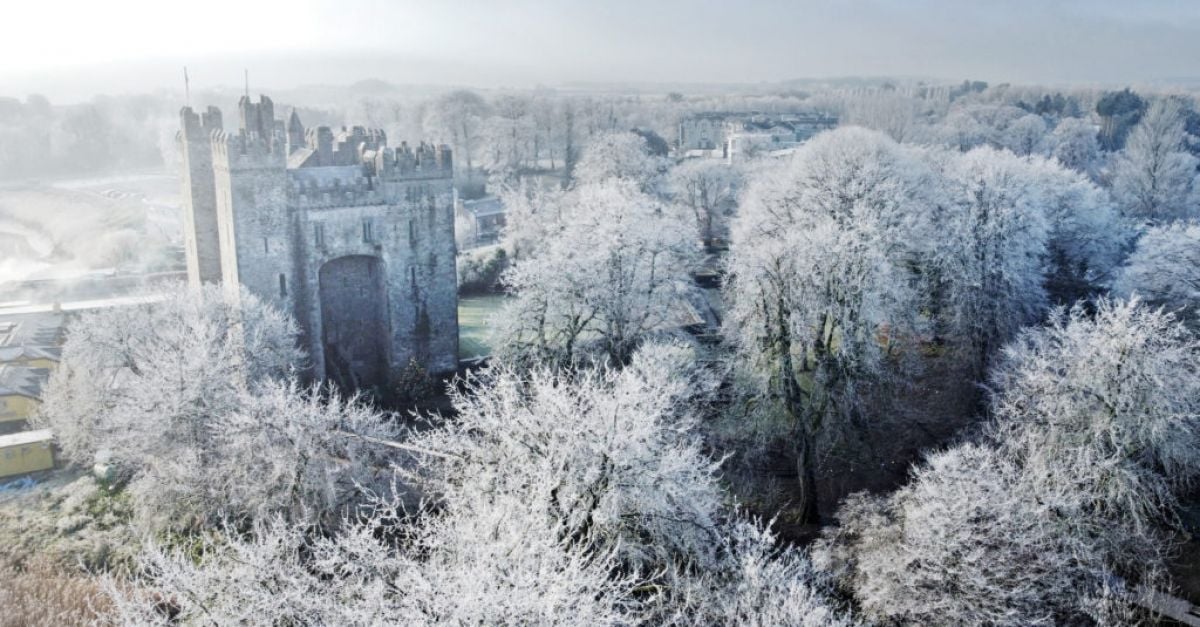 People have been warned to take care on the roads over the coming days as sub-zero temperatures cause hazardous conditions for drivers and pedestrians.

It comes as a status yellow low temperature warning has been issued for Ireland until noon on Friday, with temperatures forecast to drop below minus 5C (23F) in parts of the country.

Met Eireann said it would remain very cold through the week, with widespread “sharp to severe” frosts and icy stretches.

There is a risk of hail, sleet and snow showers near coasts, and freezing fog will occur at times.

A subsequent press briefing was held to advise people to take care during the icy conditions – particularly to ask drivers to slow down and to check in on elderly people in their communities.

A Garda spokesperson advised people to avoid walking with their hands in their pockets in order to protect themselves if they fall and to take an extra look before crossing at roads.

“As children these days often journey to school in the dark, make sure your child can be seen,” the press briefing was told on Sunday.

Those with two-wheeled vehicles such as motorbikes or scooters have been advised to take alternative transport as it is extremely difficult to control these vehicles in icy weather.

“149 persons have died in our roads this year to date. Two weeks before Christmas, we can all play our part to ensure that that number does not increase over the next few days and that no more families have an empty chair at the table this Christmas,” the Garda spokesperson said.

The Road Safety Authority is warning road users of the dangers posed by freezing fog combined with widespread severe frost causing a risk of icy roads.

2022-12-11
Previous Post: Alcohol deaths in the UK rose to record level in 2021
Next Post: Blachowicz begs ref to give Ankalaev belt after judges scored controversial draw