JAN BLACHOWICZ selflessly requested the referee give Magomed Ankalaev the UFC title after their controversial draw.

The Polish ex-champion went the full five-round distance with Ankalaev and all three of the judges were split.

But even Blachowicz admitted the result was wrong after Ankalaev was left heartbroken in his post-fight interview.

He said: “I don’t know what to say, I won that fight. I can’t choose the judges, where is my belt, I won this belt.

“It does not matter that I felt pain in my legs, I did what was needed to get this victory. I always do what I have to do to adjust, I can do it all.

“I don’t know if I’m going to fight for this organisation again, I don’t know what happened. 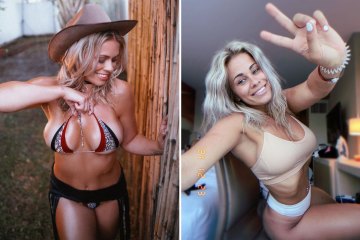 Blachowicz then went over to his opponent and said: “Give the belt to Ankalaev.”

Blachowicz, 39, faced Ankalaev, 30, in the UFC 282 headliner in Las Vegas for the vacant light-heavyweight title.

It followed after champion Jiri Prochazka, 30, was forced to vacate the belt due to a shoulder injury expected to sideline him for half a year.

But the fight for the up-for-grabs strap failed to thrill UFC president Dana White.

And he announced that former title holder Glover Teixeira, 43, would now challenge Jamahal Hill, 31, for the belt.

White said: “What are you going to do? I thought the main event was terrible.

“What are you going to do? You do Glover vs. Jamahal Hill in Brazil for the vacant title. Done.”