JAKE PAUL has been urged by his ex-sparring partner to fight Conor McGregor NEXT in a potentially record-breaking pay-per-view.

McGregor lost his one and only professional bout in the ring, to Floyd Mayweather in 2017.

It sold 4.3MILLION PPVs, second only in the history to Mayweather’s historic 2015 win over Manny Pacquiao, which returned 4.4m buys.

But Paul’s former training partner Anthony Taylor believes the American can smash that record in a fight with McGregor, 34.

Taylor, 33, told Vegas Insider: “The right opponent for him next is Conor McGregor at a catchweight.

“We know Conor has a taste for an exhibition, so why not face Jake in the boxing ring? It’s the biggest fight in boxing. 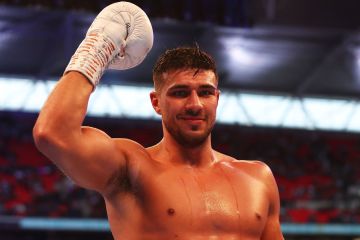 “Conor McGregor versus Jake Paul would surpass all of Mayweather’s pay-per-views.

“It will break all time pay-per-view records. It would be the highest grossing fight in all of boxing history.”

Paul, 25, most recently beat UFC legend Anderson Silva, 47, in the biggest win of his boxing career.

And he will now be ringside to watch boxing rival Tommy Fury, 23, in action against 5-2 Paul Bamba, 33, in Dubai on Sunday.

Headlining on the night will be Mayweather, 45, in an exhibition bout against YouTuber Deji, 25, the brother to KSI.

KSI, 29 will also be in attendance and Taylor, who fights Love Island winner Jack Fincham, 31, called out the British celebrity boxer.

He said: “After I dispose of Fincham, I want KSI.

“If KSI wants the Jake Paul fight, then I’m the perfect opponent to start with, having sparred many rounds with Paul.

“Earn your shot against Jake by beating his sparring partner.”

2022-11-07
Previous Post: At COP27, climate ‘loss and damage’ funding makes it to the table
Next Post: Neanderthals: how a carnivore diet may have led to their demise