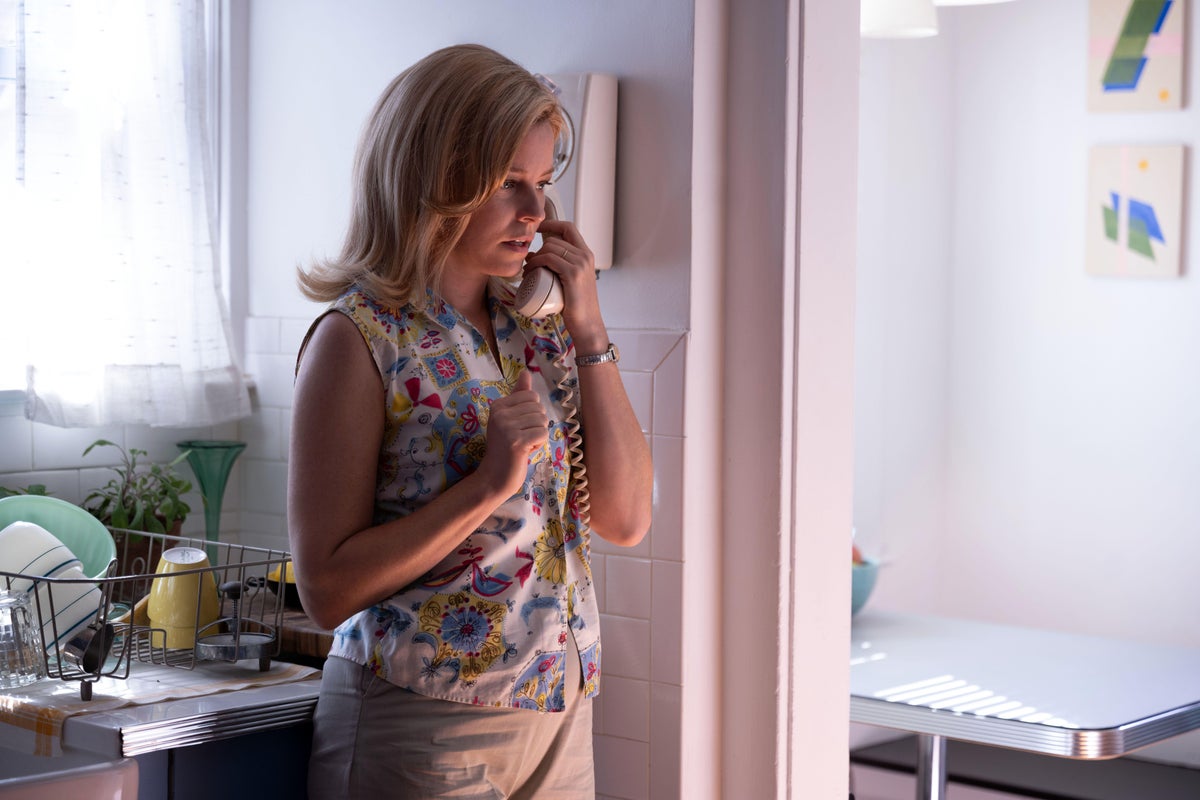 hen I was 16 years old, I had a job in an abortion clinic. It was private, not NHS, based in an unassuming house down the street from where I lived, and the sign outside gave no indication of the roughly 20 to 35 procedures that took place every day, safely and without fuss, inside.

Every day, I would stand at the reception desk as women of all ages and from all walks of life (well, all who could scrape together the money to pay for it) and hand them a form to fill in.

And I do mean all, from the 30-something who was in for her seventh termination, to the middle-aged wife putting a brave face on what was clearly mostly her husband’s decision; from the suited professional quietly making way for the rest of her life to the breathtakingly beautiful teenager who begged, BEGGED that we not tell her mother, and insisted that the taciturn 20-something man stubbornly sitting in the car was her brother.

Then there was the girl from my school whose face drained of all colour the moment she saw me (I told her what I told everyone, that everything is confidential, and that remains true; I’ve never told anyone her name and I never will) and countless other women. The strongest impression that I came away with from that formative time was that an abortion was something that any woman might need to access at any time, for just about any reason.

I was reminded of it, watching Phyllis Nagy’s forthcoming movie Call Jane, which stars Elizabeth Banks as Joy, a conservative 1960s Chicago housewife and mother, who is forced, due to a life-threatening medical condition, to seek an abortion.

When the all-male hospital board refuses to grant her doctor the necessary permission (she has a 50 per cent chance of surviving the pregnancy, which they consider to be reasonable odds) Joy is forced to look elsewhere.

By chance she comes across the Jane Collective (formally known as the Abortion Counseling Service of Women’s Liberation), a real underground organisation that operated in Chicago between 1969 and 1973, providing safe terminations and care for women at a time when abortion was illegal in most of the United States. Before they were busted, the Janes performed and facilitated more than 11,000 abortions. Not one woman died.

When Nagy started work on the film a few years ago, she did not expect it to be quite so relevant as it has since become. In June, the US Supreme Court voted to reverse the 1973 Roe v Wade decision to enshrine in law a woman’s right to end a pregnancy. Thirteen states immediately passed so-called trigger laws, automatically outlawing abortion; five more have since joined them, while up to 10 others are awaiting legal confirmation of whether or not bans can be imposed.

“When the script came to me, I knew that this was coming, but not the full extent of the decapitation of Roe,” Nagy sighs when I meet her in a central London hotel. “[The act] has been chipped away since the moment it was enacted, and American politicians’ desire to control women’s bodies, that’s a constant. But it has become depressing. It’s urgent to get people talking about this in a way that is beyond what is just ripped from the headlines.”

The way that she’s gone about that is, perhaps counter-intuitively, to make the film quite fun. It’s billed as a “comedy-drama”. Banks is joined by a perfect Sigourney Weaver as the Janes’ fictional leader Virginia, an older, affluent, white feminist activist whose house serves as the collective’s organising base, and the excellent Nigerian-British actress Wunmi Mosaku as Gwen, the sole black member of the group.

Corey Michael Smith is brilliantly oily as the doctor who performs the procedures, for a huge fee ($600! In the Sixties! In the mid-Nineties, as I recall, it was somewhere between about £275 and £350) and wielding a bedside manner you could file your nails with. A negotiation between him and Virginia, seemingly using her feminine wiles to outwit this venal little twerp is an absolute up-yours joy.

The gently irreverent tone, says Nagy, “speaks to what the tone of life is, you know?” You don’t necessarily weep through a funeral – you often laugh too, she points out. “Things that are funny, or have a lightness of touch, are the things that stick when you’re writing about potentially tricky situations,” she continues.

And she wanted to move away from what she describes as “this genre of abortion movies, that really privilege the pain, the suffering, the leading up to the abortion, as if that’s the only thing that you deal with. That is not the experience of the vast majority of women who have abortions. And so, really, I wanted to normalise it as a medical procedure.”

It is striking, in the film, that when Joy undergoes her abortion, we see pretty much the whole thing – not graphically; we don’t go under the cloth as it were, we’re just there with her while it’s all happening – and it’s appropriately dull, as any routine procedure should be.

Nagy consulted a doctor who had actually performed abortions in the Fifties and Sixties (“God knows how old he was”) to make sure that what we see on screen is accurate, though “we didn’t do it in real time, obviously. But what’s missing is just the time for the meds to kick in.”

Another striking thing about the film is that, though it is very clearly made with a pro-choice perspective, it avoids being censorious about other points of view. Joy and her friends are Republicans, and likeable, if, in her case, a little prissy at first.

“I think that, for any film, but particularly a film that has sensitive political content, you cannot be above it, nor can your actors be above the character they’re playing,” Nagy says. “You cannot speak to anyone, if you’re judging anyone.”

One of the nicest things about the movie is that it shows women helping women – in a world where they have very little power, they work together to empower each other and, in the case of Banks’s Joy (who trained as a lawyer alongside her husband and still sits up at night redrafting his cases for him because she’s so much better at it than he is) empowering themselves.

The Janes, about whom an HBO documentary has also recently been released (you can watch it on NOW), weren’t perfect. They were nearly all white and middle-class, and some were critical of their lack of diversity and support for mostly lower-income black women. “I sensed from reading that they had their moments of real friction with the Chicago Black Feminist Alliance and such,” says Nagy. In Call Jane, at one point a frustrated Gwen reads Virginia the riot act for alienating Chicago’s black women’s groups.

“When I cast her, Wunmi and I had a long discussion about it,” says Nagy, who has spoken before about how Mosaku used “her own discomfort about being the only black woman in the room to fuel that awkwardness in the fictional room”. Unlike Virginia, Gwen is based loosely on a real person – Marie Leaner, now 80, was on her own as a black woman in the Janes for a long time, though there were others later on.

“It’s very important to make sure she wasn’t playing the ‘magical Negro’,” Nagy says, referring to the tired narrative trope; “that she wasn’t carrying the weight of an entire race on her shoulders.”

I wonder what Nagy is hoping for – she describes the film as “essentially an entertainment” but in the current political climate it’s a vain hope that it will be seen as such. Can it, therefore, make a difference?

“I think it can make inroads,” Nagy says. She didn’t know anything about the Janes until she was sent the script, and hopes that telling their story “can introduce a younger generation of women and people in general to the notion of collective action, in a way that’s different from the rather more performative collective actions.”

She’s not entirely hopeful though. Is America in a worse place than it was 49 years ago, I ask?

“Probably, yeah, because it’s going in an opposite direction. You’d like to think it’s cyclical, but this particular cycle has never been absent,” she says. “Women do not have equal rights. We do not have pay parity. We don’t have anything that those brave women thought they were going to go on to fight for [after Roe v Wade]. On the other hand, what they did, and the example that maybe that action is going to set for these times, is quite instructive and thrilling.”

She pauses. “I hope it doesn’t come to the point where we need another Jane Collective. But we might.”

Later, I come across an article on a local Chicago website, Block Club Chicago, about Tamar Manasseh, founder of a group called Mothers Against Senseless Killings, and her new project – a revival of an older organisation in response to the recent changes in the law. The new name? We Are Jane.

Call Jane is in cinemas on November 4

2022-10-25
Previous Post: Senior Administrator at University of Exeter
Next Post: Four ways to support a friend or loved one with long COVID