BBC at 100: a century of informing, educating, entertaining – and trying to keep politicians honest 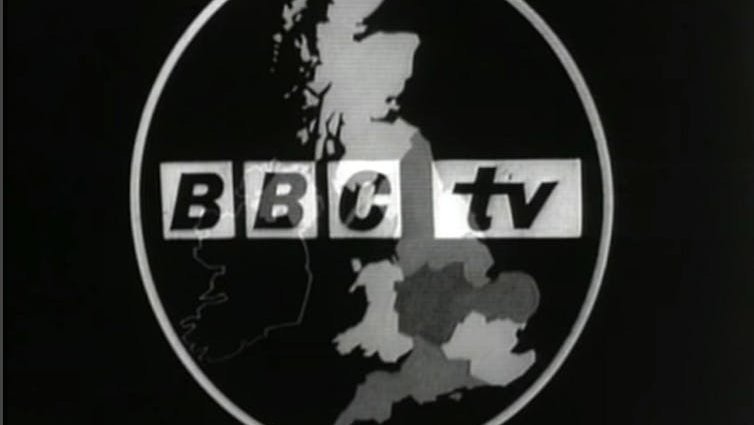 The BBC as it is known in Britain – as a breathing part of our political and social life, the soundtrack to our private lives, our thinking as citizens and our voice to the world – was born out of conflict.

It was a reaction to the nihilistic slaughter of the first world war, created by a tiny band of young visionaries in 1922, who rejected the grinding propaganda of the war. Theirs was a vision for a new public space, using the technological boundlessness of broadcasting – that was in itself ignorant of hierarchies and conventional barriers – for good purposes.

One of those pioneers, George Barnes, defined a quality that would become the essence of the BBC – it would be an instrument to “radiate amusement and instruction”. John Reith, the first director and later first director general of the corporation, wanted it to be “the expression of a new and better relationship between man and man”. Equal access to all for information would enable individuals to “be in a position to make up their own minds on many matters of vital moment”.

It was to make everyone’s lives richer, their choices more intelligent, and to make society function more equally and indeed efficiently. In doing so it would help people think of the world as coherent whole, not “merely atomised particles”. The pioneers believed in the capacity of ideas to transform lives and societies.

But the corporation as an institution, a guardian of proprieties, was also forged in the fire of political conflict – the shattering divisiveness, four years after its founding, of the general strike. While 11,000,000 miners fought against a decrease in their pay, the government sought to break the strike and Winston Churchill campaigned to take over the BBC for government influence to crush the miners.

It was at this most precarious moment that the BBC emerged as a “public service”. The BBC told a divided nation what was happening during an acute crisis. And, while later criticised for being too much on the side of the government, it did manage to put representatives of both sides of the case on air.

Most importantly, people came to trust it to tell them as accurately as it could what was happening and, in that sense, to be completely on their side. Impartiality – never perfect and always improvable – was embedded in the project. The BBC would tether everyone to reality (as well as daftness and beauty). The BBC had gone on an expedition whose outcome was unknown to try and hold power to account and be on the side of the public.

The government and the BBC

The history of the BBC is littered with explosive conflicts with the government of the day. It is a sorry (yet glorious) tale of attacks on the BBC for bias, unfairness and being a pest.

At the beginning of the second world war, BBC mandarins negotiated an inevitably close relationship with the government, but fought hard to maintain editorial independence within an overall sense of national effort. The BBC made the best of Britain’s shattering defeats of 1940-42 – but never tried to deny them.

After the war, the relationship saw many tests. Famously, during the 1956 Suez invasion the BBC reported the failure of the UK and French expedition and was punished by an irate government with a licence fee cut.

There was fury over the BBC’s reporting of the Iranian revolution in 1979 and more than 30 years of anguished debate between the government and the BBC over Northern Ireland that culminated in direct censorship – outlawing the direct broadcasting of the voices of “terrorists”.

Governments struggled with something close to civil war in Northern Ireland as it escalated, and the BBC battled locally, nationally and internationally to describe the origins and impetus of the conflict and explain what was happening into a divided community.

Coverage of apartheid in South Africa and the Falklands War further placed the BBC in the government’s firing line. During the Iraq war, BBC claims that Tony Blair’s government had deliberately used misinformation to exaggerate the case for conflict brought down a director general and chairman) after the allegations were rejected by a judicial inquiry. A few years later, BBC reporter David Loyn was condemned as a “traitor” in parliament because he was embedded with the Taliban.

But the BBC handled the threats in a way that kept its independence, assessing and evaluating them but not mostly being cowed. “Without fear or favour” is a dangerous place in the contemporary world – but it keeps us safe.

Even now, 91% of UK adults see or hear something on the BBC every week. And contrary to what many believe, 80% of people under 35 young people still consume BBC content. Globally, the BBC attracts 468 million people per week and is the most trusted provider of news by some distance.

As Britain faces a cost of living crisis and a wildly unpopular government, the case for a universal BBC, holding power to account as it has done for so long, and informing while amusing and distracting, has never been stronger. In an age of deliberate misinformation and malcontent, you might expect government to want a trusted, reliable institution such as the BBC to anchor people in reality. However, the political attacks have only intensified in recent years.

Even Margaret Thatcher, who had fierce arguments with the BBC, understood its value at home while projecting soft power to the world. Yet the current ruling Conservative party has slashed the BBC’s funds by 30% over the past 10 years with a licence fee settlement agreed before inflation kicked in. These politicians have arguably put the future of the corporation in danger, cheered on by a print media that has set itself in direct competition with a cult-like ideological fervour.

Alarmingly, there appear to be people in the heart of government who really do not believe that they should not be asked difficult questions. Boris Johnson’s government for a while tried the trick often favoured by authoritarians of avoiding scrutiny and refusing to appear on BBC programmes.

Johnson even reneged on a promise to join other party leaders in being interviewed by Andrew Neill in the run-up to the 2019 election. More recently, business secretary Jacob Rees-Mogg suggested that his interviewer’s line of questioning broke the BBC’s impartiality rules.

The British public trusts broadcast news more than other news media, because the BBC and other public service broadcasters make programmes about Britain – imbued with British mores and humour. It also makes programmes that become worldwide successes. The UK is the world’s second-biggest exporter of TV content, thanks mainly to the BBC.

The government should consider that focusing its energy on endangering the corporation risks betraying the trust that the British public – and so many people around the world – vest in their public broadcaster. A century on, those values that drove the corporation’s founders still resonate. Happy Birthday BBC.

Jean Seaton is the Official Historian of the BBC. She received funding from the AHRC for work on the history of the BBC, she held a British Academy "Thank-Offering to Britain" fellowship for work on the BBC and the holocaust. She is the Director of the Orwell Foundation but receives no funding or payment from it.