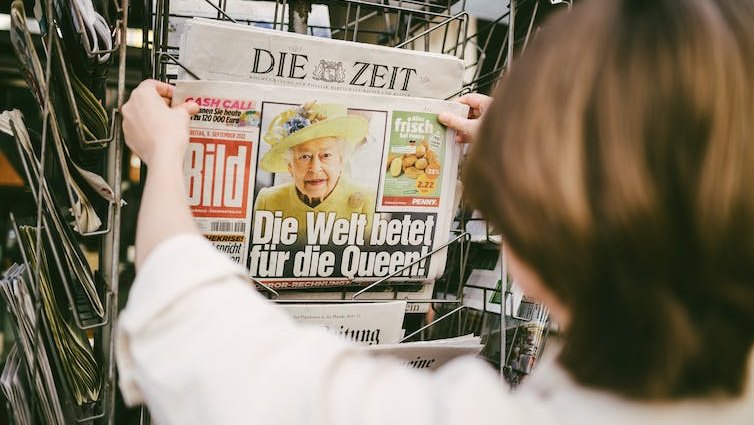 Prince Charles is no more. In the English-speaking world, we’re now getting used to calling the former Prince of Wales “King Charles III”. As the King has chosen to keep his birth name as his regnal title, the change isn’t too difficult. But in other languages, things are more complicated.

For the Germans, this marks a change. Queen Elizabeth II was most often referred to using her English title – die Queen –, rather than with the German word for queen, Königin.

But while German and some other western European languages do not translate the regnal name, many Slavonic languages do. The Czechs called Elizabeth Alžběta, the Russians Елизавета (Yelizaveta), the Poles Elżbieta. Her son is, as king, called respectively Karel, Карл (Karl) and Karol.

Finnish, a non-Slavonic language of the Finno-Ugric group, translated his mother’s name to Elisabet, but has left Charles alone. In Spanish, the Queen was Isabel II and her son is Carlos III. French is unexpectedly easy because the name is the same in both languages – Le roi Charles III.

As Prince of Wales, Charles’s name was usually left as is. In the Czech National Corpus (a 4.7-billion-word database of Czech texts), I found over 10,000 such examples referring to princ Charles, but only one example of his name in the Czech form princ Karel. Curiously, as the Charles in King Charles III is a regnal name, it is treated differently.

This has led to some confusion. In the first days of his reign, the king’s name appeared with varying translations. One recent evening, I checked WebCorp, an interface for searching the web for linguistic data. In Czech, I found him called král Karel III. 170 times (with the fullstop after III indicating that it is an ordinal number, as is Czech custom), but also clocked 45 examples of král Charles III.

The Institute for the Czech Language in Prague has been fielding queries from Czech media about what to call the new king. Kamila Smejkalová, who is head of the institute’s language advice service, told me they have been recommending Karel III., while acknowledging that Charles III. is also being used.

Confusion over British royal family names (Elizabeth or Alžběta, Philip or Filip) led the institute to draft a briefing document on the issue in the days after the Queen’s death.

The guidance suggests that in Czech, monarchs get treated differently from other members of the royal family, including – previously – Charles, Prince of Wales. Now that Charles is king, they recommend translating his name rather than leaving it in its English form. The guidance explains:

The names of monarchs are traditionally adapted into Czech … therefore, we can expect – and media usage of this name supports this – that now, and in the future, we will find both forms [Charles and Karel] of the British monarch’s name. Some speakers will respect tradition and nativise his name to Karel III. Others will prefer the form Charles III., which is also permissible, as the heir apparent was always referred to as princ Charles.

Now, Smejkalová says, we can see a clear preference for Karel over Charles. As soon as major media outlets opted for the former, it tipped the scales. However, practical concerns can also play a role.

Smejkalová notes that if Charles had been the IV, rather than the III, Czechs would have called him Charles IV., to avoid confusion with Karel IV., the most famous Czech king, who became Holy Roman Emperor in the 14th century.

In English, a foreign leader goes by their own name, but the title held is translated. For some languages, we swap the ordering of first and last names to conform to our practice of putting the personal name before the family name, for example, Hungary’s Orbán Viktor is known in English as Viktor Orbán. There are exceptions, such as Chinese, where President Xi Jinping’s family name stays in pole position.

Monarchs’ names and titles are a special and not entirely consistent case. A monarch inherits a title, which may have an equivalent in a foreign language and could be translated, just like president or prime minister. The monarch’s regnal name can be different from their personal name, as was the case with Elizabeth’s father, King George VI, whose name in personal life was Albert.

Certain states in the Middle East are exceptions. Rulers may keep local titles, like emir or sheikh, which have been adopted as English words.

Looking back through history, the picture is more complex. We keep some familiar historical titles in the original language (Kaiser Wilhelm from imperial Germany, and the tsars of Russia). However, we call Catherine the Great an empress, rather than her Russian title of tsaritsa.

We leave German regnal names untranslated as above, but those less familiar are often anglicised. The tsars are known as Alexander or Nicholas rather than Aleksandr or Nikolay. We retain the semi-anglicised Ivan, rather than use its English equivalent John.

Translation here, as everywhere, is a balancing act. The name and title of a hereditary ruler can be deeply specific to a country, but monarchy is found worldwide.

Every language has its own dynastic vocabulary, and translators have to find equilibrium between the foreign and the familiar. Their decisions will chart a slightly different course in every language reporting on the British royal succession.

Neil Bermel receives funding from the UK's Arts and Humanities Research Council and has received funding in the past from the Leverhulme Trust and the British Academy. He collaborates on research with colleagues at the Czech Language Institute and the Czech National Corpus Institute named in this article.

2022-10-06
Previous Post: How the tech giants are innovating to weather the looming downturn
Next Post: The Hottest Startups in Berlin