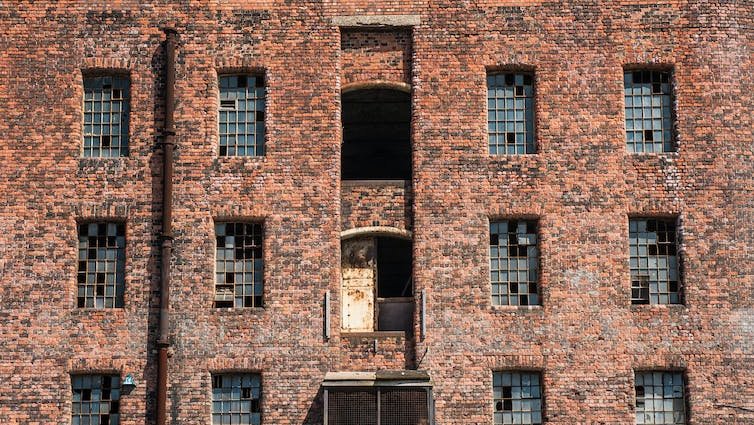 August 22 marked the 15th anniversary of the shooting of 11-year-old Rhys Jones in the Liverpool suburb of Croxteth. In the same week, the people of Liverpool again witnessed the merciless killing of an innocent child, gunned down in her own home. Nine-year-old Olivia Pratt-Korbel has become one more unnecessary victim of a shooting in the city.

Police have appealed to the public for help identifying those involved, and have made several arrests. Merseyside Police’s Assistant Chief Constable Chris Green praised the public’s “collective ambition to make sure that those individuals in our communities who are engaged in organised crime – the intimidation, the violence, the use of firearms – they’ve got no place in our society.”

Olivia is the fourth person to be killed in recent weeks in the area. As many previous events have shown, the impact of violence goes beyond those directly involved.

I have spent the last ten years studying gangs and violent crime, as well as living in an area on Merseyside that has seen its fair share of both. In that time, young people, often under the age of 25, have become involved in street gangs. While there are no official figures regarding gang involvement, “best guess” numbers are often drawn from historic reports and news articles.

A Home Office study several years ago found that up to 6% of ten to 19-year-olds in England and Wales belonged to a gang. While identity, money, status and territory are all important consequences for those involved, their decision to join is usually triggered by one main case: inequality.

We in the west live in a society of conspicuous consumption, placing a high value on materialism and spending money on symbols of success, like designer clothes, cars and expensive holidays. But in less affluent areas, there are fewer legitimate means to achieve financial and material success through good jobs and other opportunities.

As a result, people simply innovate or find alternative means to reach those goals. For some, the obvious alternative path is one of criminality. This is an old academic theory that dates back to 1938 to social scientist Robert Merton.

My research has found that where crime, particularly dangerous drug dealing, is concerned, illegal innovation has blurred the lines of criminality and employment. Young people selling drugs, often under the influence of adult organised crime groups, speak of their illegal activities in business-like ways, talking about “serving” clients and describing their gangs as “firms”. I coined the term “deviant entrepreneurship” to describe this.

The sprawl of violence

The existence of deviant entrepreneurship as a viable “career path” has created a cycle of young people growing up in environments that lack real opportunities, ultimately drifting into street gangs and later on adult organised crime. And with increased involvement in crime, violence often follows. As one young person who had been involved in violent crime and gangs said to me, it was on “my doorstep, I had no choice”.

For those who are innocent bystanders, yet occupy the same place as gangs and organised crime groups, the indirect effects can be damaging. Research has revealed the effects of living in known “gang areas” on young people who are not involved in gangs. Law-abiding residents can be subjected to surveillance or have their movement restricted by heavy policing or gang conflict that takes over particular places.

It also has an impact on families. Parents and siblings unaware of their family member’s involvement in gang activity may experience shock, shame and anxiety when going through the criminal justice system, or may even be blamed for their child’s actions.

On a community-wide level, the prevalence of gangs and organised crime groups can lead to a normalisation of crime, where violence and disorder just becomes part of local life. Poverty has always been intertwined with crime and is something that politicians have failed to address head-on, ignoring it in favour of pursuing individual perpetrators.

Preventing and solving the problem

The recent shootings in Dingle, Old Swan and Dovecot (three other deprived Liverpool suburbs) are indicative of a continuing pattern of social exclusion and poverty leading to organised crime or violence generally.

It is a cycle that sadly is not going to go away any time soon, especially with the cost of living crisis. The government’s “levelling up” policy has, so far, neglected the ground-level issues that real people want addressing. Homelessness, poverty and crime have been overlooked to focus more on physical infrastructure. And much of the funding has reportedly gone to focus on more affluent areas – contradicting the very notion of levelling up.

But on Merseyside, there is some hope in the form of preventative policing, an approach that focuses on preventing crime before it occurs. Preventative policing is not just about increasing police presence, it involves looking at the social biographies of communities, their needs and the types of crime that is occurring. It recognises that community safety is not just a matter for law enforcement, but requires other agencies and organisations such as public health and the third sector to work together to alleviate poverty and crime.

Preventative policing is in its infancy, and we are likely to see it operational on Merseyside in early 2023. It’s a start, but the road is long. Solving a problem as endemic as inequality and related gang involvement will involve long term cultural change.

This can only be achieved by early intervention strategies and better investment, not just in the community, but in the people themselves with tailored support into decent employment. But how many more Rhyses and Olivias will there be before this happens?

Robert Hesketh does not work for, consult, own shares in or receive funding from any company or organisation that would benefit from this article, and has disclosed no relevant affiliations beyond their academic appointment.