The 29-year-old was wanted by the Magpies as a replacement for Martin Dubravka after he joined Manchester United on loan.

A statement on the club’s website said: “Newcastle United have signed goalkeeper Loris Karius on a short-term contract.”

Manager Eddie Howe added: “We are pleased to add Loris to our goalkeeping group.

“He is a very good goalkeeper with Premier League and European experience and he will provide competition and support over an important part of the season.”

The goalkeeper was a free agent after his deal at Liverpool expired at the end of last season. 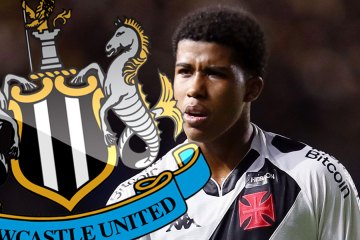 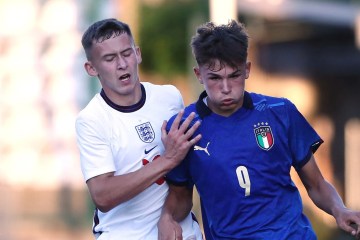 The club had reportedly held off the announcement of the signing due to the death of the Queen.

On the transfer, Karius said: “I’m excited. It’s a good opportunity for me and a great project to be part of. It didn’t take me long to make a decision.

“Newcastle have a great coach and play really attractive football. I felt it was the right project for me and I’m excited to work with the coaches and my new teammates.”

Karius began his career at Mainz but is best remembered for his time at Anfield, where he made 49 appearances, including making howlers in the Champions League final in 2018.

They lost 3-1 to Real Madrid, with the German at fault for two goals after infamously throwing the ball out for it to deflect off Karim Benzema before fumbling Gareth Bale’s long range strike.

He was subsequently loaned out to Besiktas and spent last season away at Union Berlin.

Newcastle needed a new back-up stopper to compete with first choice Nick Pope after current No.2 Karl Darlow picked up an injury.

Darlow is thought to be out with an ankle ligament injury that will reportedly keep him in the treatment room until the World Cup.

But Howe has opted for Karius with him joining on a short-term deal until January.

The Premier League returns this weekend with Newcastle welcoming Bournemouth.

2022-09-12
Previous Post: Five reasons why young people should get a COVID booster vaccine
Next Post: Sam Fender announces ‘time off the road’ to look after his mental health