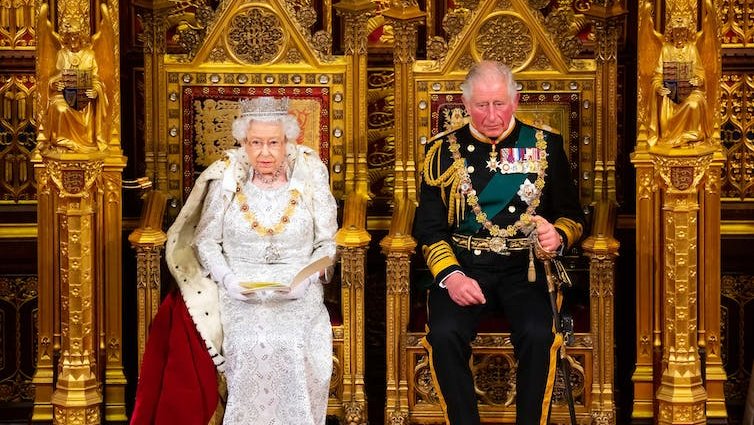 The UK is mourning Queen Elizabeth II following her death at the age of 96. Her passing raises important constitutional questions regarding how the country transitions to the reign of her son, Charles. These are the key moments to look out for in the days ahead.

When will Charles become king?

Charles became king the moment the Queen died, under the old common law rule Rex nunquam moritur, which means “the king never dies”. The idea is that while the sovereign may die, government must carry on. The office must therefore pass seamlessly to the heir, even if formal ceremonies have not yet been held.

Those ceremonies will follow but they are effectively only endorsing a succession that has already taken place. Charles does not need to be crowned to become king. Indeed, Edward VIII was never crowned.

In the first part, members of the Privy Council – one of the oldest parts of government – are joined by Commonwealth High Commissioners from those countries where the new sovereign is head of state, to agree and sign the Proclamation declaring Charles to be the new King.

The council then issues the Proclamation witnessing and declaring the fact of the new sovereign’s lawful assumption of the throne, and announcing his regnal title of Charles III.

What happens in parliament?

Parliament meets as quickly as possible after the death of a sovereign so that parliamentarians can take their oaths of allegiance to the new sovereign. Such an oath is required of peers in the House of Lords and is specified in their standing orders.

When can we expect Charles to be crowned?

The coronation is unlikely to take place until some months after the Queen’s death. The ceremony will take place in London’s Westminster Abbey and is followed by a procession – and probably also an appearance by the royal family on the balcony at Buckingham Palace.

The coronation is an Anglican and Eucharistic service and is presided over by the archbishop of Canterbury, the most senior bishop in the Church of England. But we can expect to see space made for other religions. This happened at Prince Harry’s wedding, and has been practised for some years at Westminster Abbey’s annual Commonwealth Day service.

People from different faiths may be invited to give readings. Religious leaders other than Anglicans are likely to be given prominent seats in the abbey. The guest list is ultimately down to the government – which also pays for the ceremony.

The law states that the spouse of a king automatically becomes queen but there had been some doubt on this matter following Charles’s marriage to Camilla in 2005. At the time, it was decided that she would become “princess consort” rather than queen when Charles became king.

However, there has subsequently been a change of plan and we now know that Camilla will indeed become queen. Queen Elizabeth confirmed as much earlier this year.

Robert Hazell is Professor of Government and the Constitution, and founder of the Constitution Unit at University College London. He is co-editor of The Role of Monarchy in Modern Democracy.

2022-09-09
Previous Post: Quiet quitting is a new name for an old method of industrial action
Next Post: Premier League’s record spending could help make English football fairer and more competitive – but it depends on Liz Truss