King Charles III: how a new monarch will affect our everyday lives 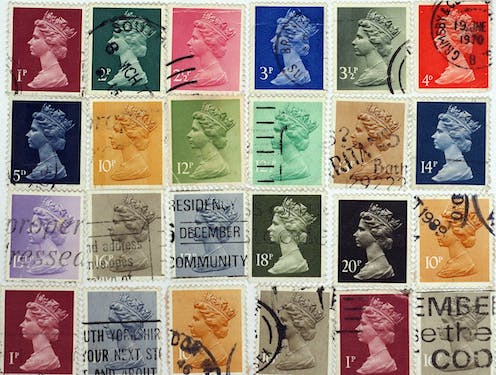 For the last 70 years, Britain has become accustomed to the iconic profile of Queen Elizabeth II on stamps and coins. Now that King Charles III has ascended the throne, it will probably take time for many to adjust to the new royal order.

Changes to things like currency and anthems, while trivial, may unsettle some people, particularly as they go about normal tasks and routines. The impact of these changes will also depend on seasonal events. For example, the Queen’s Speech at the annual state opening of parliament will be renamed the King’s Speech and the Queen’s Christmas message will now be known as the King’s Christmas message.

Many other UK international or multinational sporting and athletic events will be similarly affected, although there are notable exceptions. In international Test cricket matches England uses Jerusalem as its anthem, as does Team England in the Commonwealth Games. And as the words “God Save the Queen” recede into the past, the Sex Pistols’ once-banned song of the same name will no longer carry the same rebellious connotations.

Turning to what happens to our currency, we can expect that coins bearing Queen Elizabeth II’s profile will still remain in circulation until they are worn out or a new design is introduced. Newly minted coins, however, will have the new king’s profile on them, gradually replacing those of the Queen. Similarly, printed notes bearing Charles’ portrait will be phased in as used notes are withdrawn from circulation.

For coinage, there is a longstanding tradition since Charles II that the monarch’s profile is reversed when a new reign begins. In other words, King Charles III’s head on coins will look to the left, whereas the Queen’s currently looks to the right.

The printing of Royal Mail stamps with Charles’s silhouette will also commence, circulating alongside stamps bearing the Queen’s head until stocks of the latter are depleted. How his silhouette appears will depend on the design he chooses but it is likely to remain in profile following a long-standing tradition for Britain’s postage.

The current stamp design with her majesty’s profile has been in circulation since 1967. Referred to as the Machin Series (after designer Arnold Machin), it is thought to be the most frequently reproduced work of art in the world with more than 200 billion copies reportedly having been produced in multiple colours.

There will also be changes to the Royal cypher – the monarch’s monogram – which appears on some stamps, watermarks and the UK’s famous red post boxes. Queen Elizabeth’s monogram has been ER, standing for Elizabeth Regina (queen in Latin) below an image of St Edward’s crown. This will be modified for King Charles III, using the initials CR as his monogram, standing for Charles Rex (king in Latin). There has been speculation about whether Charles will replace St Edwards’s crown with the Tudor crown, but this remains only a rumour.

It is certain, however, that Royal Mail, whose post boxes always carry the Royal cypher, will use CR in the design and production of any new post boxes. As the need for replacements is likely to take time, any change in this respect will be slow. In fact, around Britain, post boxes dating back as far as Victorian times can still be found. Britain’s oldest working postbox in Dorset, was manufactured in 1853 and still carries the initials VR for Victoria Regina, the monarch at the time.

The royal cypher must also now be adjusted on various other objects such as medals like the Distinguished Service Cross and the Royal Red Cross, while awards with the Queen’s name will be appropriately renamed. Official uniforms such as those of the police, the Yeoman Warders (nicknamed Beefeaters) that guard the Tower of London and other military uniforms, as well as any associated badges and other signage with the royal cypher, will also be changed.

Apart from the strangeness of hearing Charles referred to by his new title, the King, and Prince William becoming the Duke of Cornwall and Cambridge, these smaller changes will be jarring and make the familiar a little unfamiliar, at least for a while.

Pauline Maclaran does not work for, consult, own shares in or receive funding from any company or organisation that would benefit from this article, and has disclosed no relevant affiliations beyond their academic appointment.