CHRISTIAN BENTEKE missed a crucial penalty on his full debut for Wayne Rooney’s DC United as they dropped to bottom of the league.

With 66 minutes on the clock against Colarado Rapids the Belgian stepped up and saw his spot-kick saved by William Yarbrough.

The game ended 0-0 and it means DC United are rooted to the bottom of the MLS with just five games left of the season.

Rooney’s side find themselves on 26 points, six behind second bottom Chicago in the Eastern Conference.

There is no relegation in the MLS so they will not be demoted.

The former Derby boss is not having the desired effect since joining the club back in July, 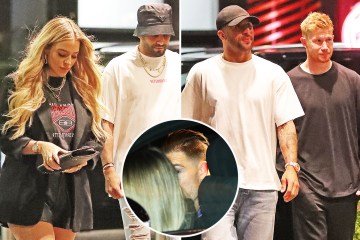 But he is finding managing them tougher despite signing ex-Crystal Palace and Liverpool star Benteke.

He is yet to score for the club having appeared just twice, following a substitute appearance last week.

CHAMPIONS LEAGUE BETTING OFFER – GET £50 BACK AS CASH

He seems to have no plans on returning to England after he sold his mansion for £3.7million dubbed ‘Wayne’s World’.

Wayne and Coleen bought the plot for £1.5million in 2005 and knocked down a 1930s home to make way for a five-bedroom mansion.

There has also been speculation that he could be a pundit during the Qatar World Cup.

2022-09-06
Previous Post: Liz Truss to become British prime minister: a laser-like focus on delivery is needed after the chaos of the Boris Johnson years
Next Post: The Lost King at the Wallace Collection review: championing a curious part of this exquisite collection