The Lost King at the Wallace Collection review: championing a curious part of this exquisite collection 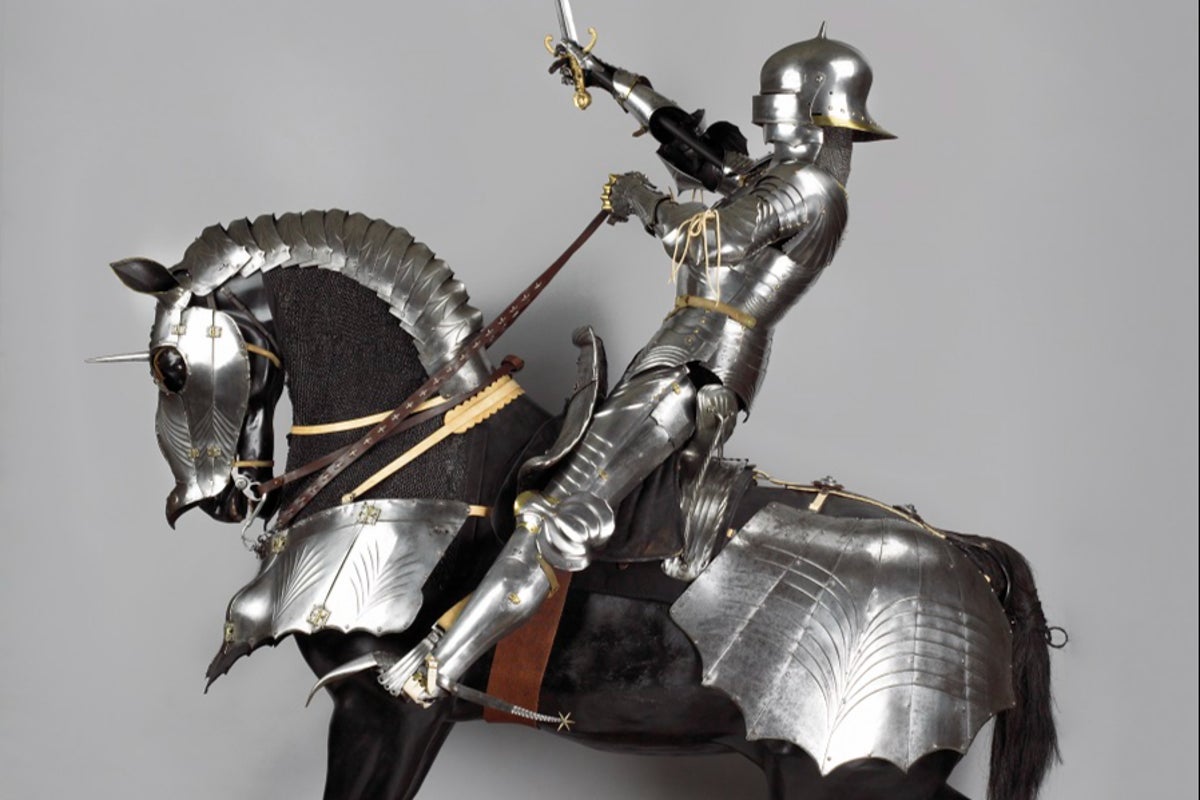 his remarkable little exhibition is, in effect two objects, and one of them is modern. It’s a suit of armour made for Richard III (Harry Lloyd) in the film, The Lost King, about one of the most extraordinary archaeological finds this century – the discovery of the remains of Richard in a car park in Leicester.

To go alongside it we have a captivating picture from the Wallace Collection, a small version by Paul Delaroche of his famous historical painting of the poor little Princes in the Tower, who disappeared, never to be seen again. Even small scale, it’s terrific, and oddly cinematic: two young boys, cowering on a bed, the little one looking fearfully towards the door, under which you can see an ominous shadow. If you can’t get to see the big version at the Louvre, this is the next best thing.

The exhibition is timed to accompany the film, The Lost King, which is released next month and stars Sally Hawkins as the amateur historian Phillipa Langley in a fictionalised account of how she led the discovery of Richard III’s remains found in 2012 under a Leicester car park (Steve Coogan, whose Baby Cow Productions is one of the producers of the film, co-writes and stars as her husband). And one reason why the Wallace Collection is understandably keen to have its moment on the back of it, is that its curator of arms and armour, Dr Toby Capwell, advised the makers of the film about how Richard looked at the Battle of Bosworth, which ended with Richard’s death.

That suit of armour takes pride of place in this little exhibition space. In fact, Dr Capwell took part in the film himself – in armour, as one of the king’s knights, which has to be one of the most fun jobs in the museum world.

In fact, it’s not the first time the Wallace Collection has stepped in to help with a Richard III film – the famous 1953 one, with Laurence Olivier as Richard, is based on armour from the Collection, except poor Olivier had to wear a rubber version, which looked a bit rubbish and didn’t keep out arrows.

The great thing about the exhibition is that it’s a springboard for a little trip through the armoury collection of the museum. It’s astonishing how many people go to the Wallace Collection – the most exquisite small collection in London – without realising that some 40 per cent of the exhibits are in fact, arms and armour.

Five of the objects here are flagged for a Lost King Trail, including a helmet with an elegant tapered back, used for the famous top shot in the Olivier film where  halberdiers with those silvery helmets surround the fallen king, like piranhas closing on their prey. The closing exhibit is of the most famous item in the collection – a mounted knight on a rearing horse. And folks, I am now in a position to tell you that Richard III did wear a crown at Boswell, but it wasn’t the ‘real’ thing, but one welded to his helmet, so the story that Henry VII simply picked it up under a bush may well not be true. The proper crown was kept with Richard’s other accoutrements, in his tent.

The texts in this show allude to the controversies over Richard III, which are hotly disputed to this day. One of the champions of Richard referred to was the novelist, Josephine Tey, whose 1951 novel, Daughter of Time, has a Scotland Yard inspector treating the murder of the Princes in the Tower as a cold case and solving it, to my mind, triumphantly.

If you enjoy the film, The Lost King, or indeed Laurence Olivier’s version – or if you’re a Richard III obsessive, this will be a treat. And if you are visiting the Wallace Collection, tear yourself away from the Bouchers and Fragonards that adorn the rich fabric walls and head for the little exhibition space off the shop, for a fascinating insight into the perennial debate: Richard III… villain, or victim? Or both?

The Lost King is at the Wallace Collection from Wednesday to January 8; wallacecollection.org