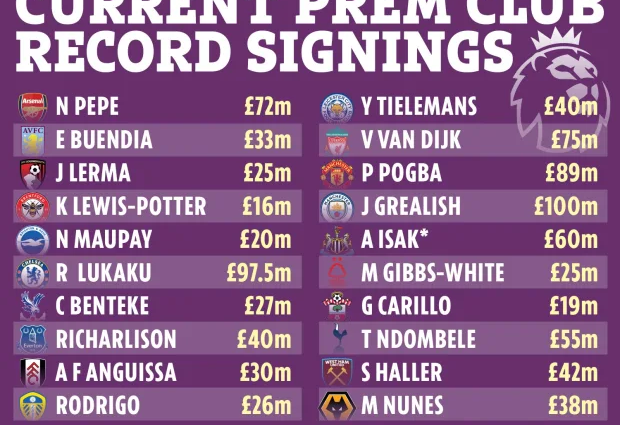 Top of the flops

After Arsenal agreed to farm out Nicolas Pepe on loan to Nice, an extraordinary pattern of transfer activity was completed this summer.

It meant that Manchester United, Chelsea, Tottenham and the Gunners have all allowed their club-record signings — who cost a combined £313.5million — to depart without a single penny being recouped in transfer fees.

There is little surprise that those four members of England’s ‘Big Six’ have been left trailing in the wake of Manchester City and Liverpool in recent seasons, with such haphazard and shambolic recruitment.

And no wonder that clubs on the continent talk of ‘stupid English money’, knowing they can fleece filthy-rich Premier League sides in the market.

First, United’s £89m man Paul Pogba was allowed to leave Old Trafford for Juventus on a free — for a second time — after a largely miserable six-year spell for the French World Cup winner.

Then Chelsea sent £97.5m Romelu Lukaku back to Inter Milan, after a single season at Stamford Bridge, for a modest loan fee of £7m — so desperate was Thomas Tuchel to get the big Belgian striker out of the building.

Last week, Spurs loaned their most expensive recruit, Tanguy Ndombele — a £55m buy from Lyon in 2019 — to Napoli. There is an option, but no obligation, for the Italian club to buy the French midfielder next summer.

And Pepe’s loan move to Nice completes the set.

2022-08-27
Previous Post: A £15 national minimum wage won’t tackle the cost of living crisis — an economist explains why
Next Post: A US Propaganda Operation Hit Russia and China With Memes