‘Tomato flu’ outbreak in India – here’s what it really is 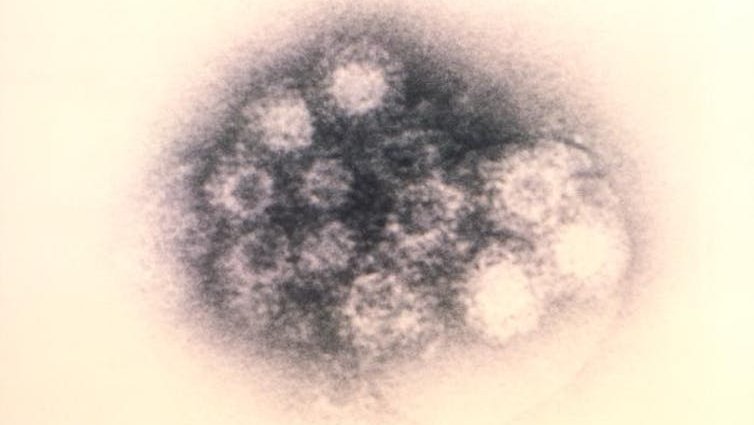 A “new virus” called tomato flu has been reported in Kerala, India. According to an article in The Lancet Respiratory Medicine, the first case of this mysterious illness was reported on May 6. There have now been over 80 cases, with the disease spreading to other parts of India.

Most of those infected are children under the age of five, with symptoms including a high temperature, intense joint pain and a rash. The children also suffered an eruption of red, painful blisters that grew to the size of a tomato – hence the name.

Although the children can be unwell, there have been no reports of serious illness or death so far. Everyone seems to be recovering.

Doctors treating the children were unsure what was causing this illness. The temperature, aches and pains could be due to any number of infections. They speculated that it might be the result of some exotic-sounding viruses that are transmitted by mosquitoes, such as dengue and chikungunya – or even chickenpox.

They thought that perhaps the unusual tomato-shaped rash might be occurring because children were reacting differently to infections after they had COVID. Also, because of the large size of the spots, there was even a suggestion that it might be monkeypox.

Scientists have been testing samples from children with tomato flu to try to identify the cause of the disease. Two children in the UK who developed suspected tomato flu symptoms after returning from a family holiday in Kerala were swabbed. The lab results revealed that they were infected with an enterovirus named coxsackie A16.

Coxsackie A16 causes hand, foot and mouth disease (HFMD), so-called because the patient has blisters on the palms of their hands, soles of their feet and in their mouth.

So it seems that tomato flu is actually HFMD. It is not a type of influenza, has nothing to do with tomatoes and is not a new disease at all.

It is not in any way related to foot and mouth disease of cattle. It is usually mild and clears up by itself within a week or so, although pain relief can be helpful.

Sometimes people get sores in their mouth, which makes it hard to swallow, so dehydration can be a problem in small children. In very rare cases, the person can develop viral meningitis. But it is important to note that, so far, no cases of serious illness following “tomato flu” have been reported from India.

Like many common childhood infections, it is very contagious and can be spread through faeces and the fluid in the spots, so parents are advised that children with HFMD should be kept away from school or nursery for five days after the symptoms start.

Viruses have been doing strange things since the COVID pandemic started. For example seasonal winter viruses spread in summer 2020, and no one is entirely sure what caused the outbreak of hepatitis in children in 2021. And until 2022, monkeypox outbreaks outside of Africa only involved small numbers of people.

Now we have these unusually large tomato-type rashes that aren’t typical of HFMD. It will be interesting to find out why the spots looked different enough for the disease to be given a new name. The “tomato flu” rash might be due to a range of different causes, and this highlights the value of accurate laboratory testing for viruses. However, it is worth noting that fewer than 100 cases of tomato flu have been reported since early May. So the outbreak is probably under control.

Sarah Pitt does not work for, consult, own shares in or receive funding from any company or organisation that would benefit from this article, and has disclosed no relevant affiliations beyond their academic appointment.

2022-08-27
Previous Post: Plagues of wasps? A scientist explains why you shouldn’t panic about rumours of rising populations
Next Post: Postdoctoral Research Fellow at University of Exeter