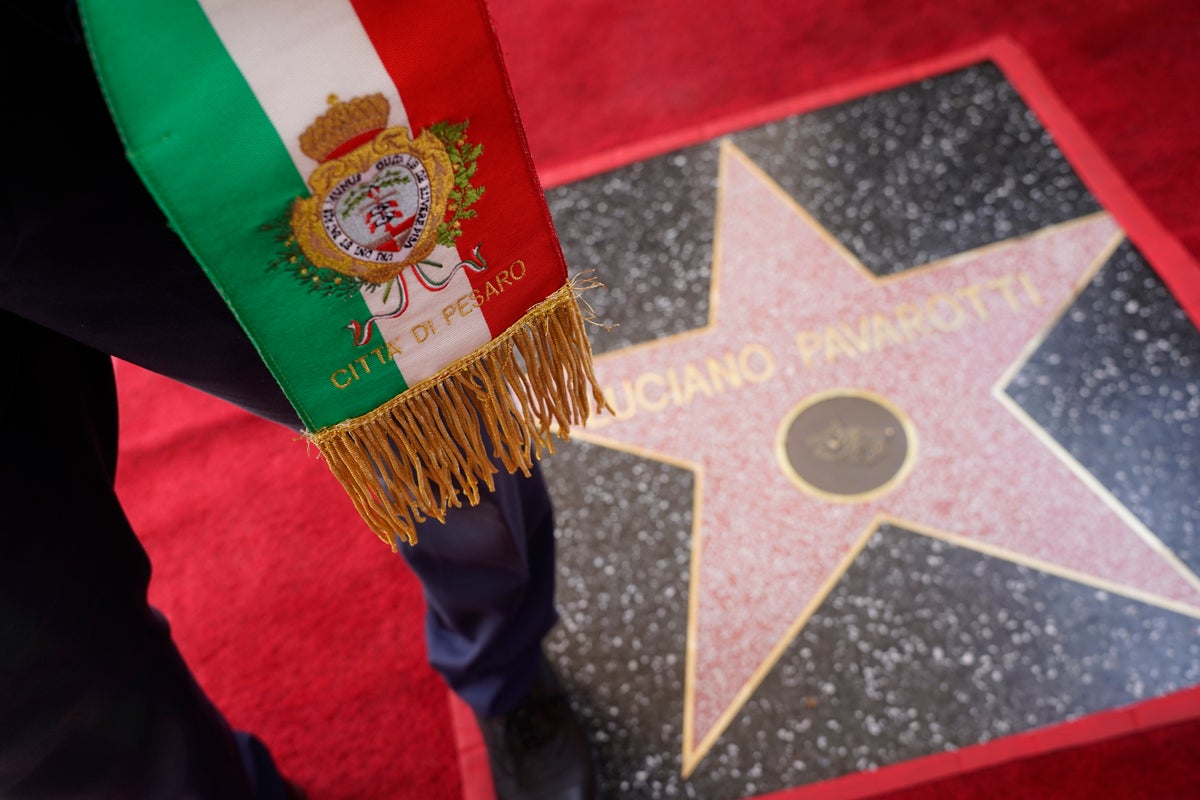 uciano Pavarotti’s daughter says she “still feels dizzy” remembering her late father’s accomplishments, as he was posthumously honoured with a star on the Hollywood Walk Of Fame.

The world-famous opera singer’s daughter, Cristina Pavarotti, delivered a heartfelt speech in Italian at the event in Los Angeles on Wednesday.

Pavarotti is regarded as one of the most prolific opera singers of all time, having given 378 performances at the world’s most prestigious theatres.

Giving her remarks first in her native language, then with the assistance of an interpreter, Ms Pavarotti said: “Our gratitude goes out to all of those that strongly wanted, supported, and contributed to organising celebrations honouring my father.

“If I think back to all he has achieved, if I think back at the trails he has blazed at all his successes and acknowledgments, I still feel dizzy.

“It is a tremendous honour to represent my father on this momentous occasion.”

She continued: “I wish I could express just how much I would love for him to be here today but alas not even the stars hold so much power.”

Ms Pavarotti went on to share fond memories of her father, including how after every performance, still in costume and no matter how tired or hungry, he would stay back to sign autographs to make sure no fan would leave “empty handed”.

She also spoke of how her father used to make auditioning singers feel comfortable and less nervous with a glass of water.

“I trust by now you know I have always been a fan of my father myself, and unapologetically so,” she said.

From 1961 until 2004, Pavarotti wowed audiences in venues from the Wiener Staatsoper and the Royal Opera House at Covent Garden, to the Teatro alla Scala and Metropolitan Opera House.

From 1984 the continuous growth of his audience led him to increasingly larger spaces for his performances, including US venues usually intended for pop stars, such as Madison Square Garden, the Hollywood Bowl and Central Park.

In 1990 Pavarotti performed in the Three Tenors Concert at the Baths of Caracalla, a show that was broadcast worldwide and seen by 800 million viewers.

The live recording of the evening went on to become the best selling classical music album of all time.

Awarded in the category of live performance, Pavarotti’s star is the 2,730th on the Hollywood Walk of Fame, located at 7065 Hollywood Boulevard.

2022-08-25
Previous Post: Porter x 3 at University of Bath
Next Post: The inside story of the CIA v Russia – from cold war conspiracy to ‘black’ propaganda in Ukraine