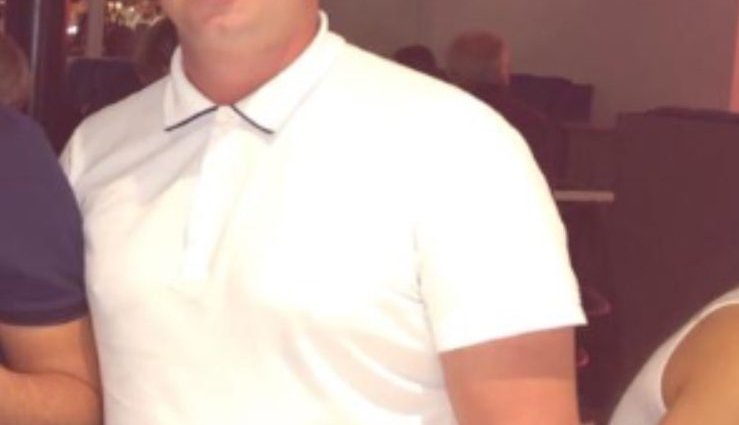 TYSON Fury’s cousin spent his final hours watching the clash between Anthony Joshua and Oleksandr Usyk before he was tragically stabbed to death, the Sun Online can reveal.

Rico Burton, 31 – a former junior boxer himself – had been enjoying a night out in Manchester with friends when he was fatally in the neck just three hours after the Ukrainian’s victory.

Paramedics and cops rushed to Altrincham after Rico and a 17-year-old boy were attacked.

Despite their efforts, Rico couldn’t be saved. A 17-year-old also remains in hospital with serious injuries from what cops called a “senseless attack.”

Police have now launched a murder probe, with two men, a 21-year-old and a 20-year-old arrested after the tragedy.

Pals said today that Rico, who trained with Fury in his younger years, had been watching the big fight at the Church Inn in Flixton before heading into town. 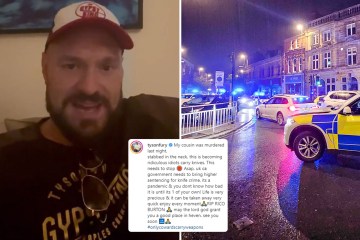 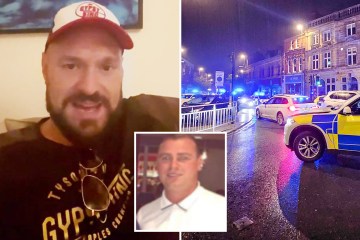 Jim Flanagan, 75, who has known the Burton family for more than 30 years, said Rico gave him a huge “bear-hug” and bought him a pint last night.

He told The Sun: “I’ve known the whole family for 30 years or more.

“Rico was my friend, he was just a lovely man. He used to walk up and down the lane with his phone and we would always have a chat.

“When I went out last night, and we came up here they were all here, they had all come out to watch the fight.

“As soon as I walked over Rico walked up to me, and gave me the biggest hug, and then bought me a pint.

“We just had a bit of a chat and then the fight came on and people were just watching that.”

He called Rico a “lovely lad”.

“Last night in the pub before they all went to town, he was full of it, he was laughing and joking and buying drinks for people,” Jim said.

“He was just full of life. That’s why it hurt so much when I got the news this morning.

“He was a larger-than-life character, and to hear that he’s gone, it’s heartbreaking.”

Boxing legend Fury shared the tragic news of Rico’s death in a shock Instagram post this morning – saying his cousin had been stabbed in the neck.

Superintendent Ben Ewart of Greater Manchester Police said that the two suspects remained in custody and that the families of both victims were receiving support.

He described the attack as “senseless”, adding: “Everything suggests at this stage that [Mr Burton] was enjoying an evening out with friends, and this has taken place spontaneously and unplanned – it’s a very tragic ending to what should have been a good night out with friends.”

He added that the 17-year-old injured in the attack was in a “serious but not life-threatening” condition is hospital.

He could not confirm whether any weapons had been recovered or if the victims were known to the attackers.

He was also unable to confirm where exactly the attack occurred, but did say that it was at a venue in Goose Green and that the two men had been stabbed outside the pub.

It comes after Tyson Fury called for more to be done to end the scourge of knife crime in the UK.

Posting on Instagram, the boxing champ said: “This is becoming ridiculous – idiots carry knives. This needs to stop.”

The 34-year-old called on the Government to “bring back higher sentencing for knife crime”, adding: “It’s a pandemic.

“You don’t know how hard it is until it’s one of your own.

“Life is very precious and it can be taken away very quick. Enjoy every moment.

“RIP Rico Burton – may the lord God grant you a good place in heaven, see you soon.”

Rico had won two national titles fighting as a junior, and boxed competitively until he was 19. He left the gym to look for a career in roofing and building work.

“He was a fantastic fella, I used to call him our Billy Joe Saunders because he was such a good fighter,” he said.

He was a larger-than-life character, and to hear that he’s gone… it’s heartbreaking

“His mam is going to be devastated, it’s going to finish her off.

“He was always smiling, he knows his boxing is bang on. He loves his mum and his brother and his cousin.”

“Tyson was a hero to him and he wanted to be like him,” he said.

“He was close with Tyson and they would spar together and were best of mates.”

There was a 10 per cent spike in knife crime in England and Wales to March 2022 when compared with the previous year.

In that timeframe, police recorded 49,027 knife offences – the largest percentage increase since 2019.

Knife crime has also surged by almost 50 per cent when compared to the year to March 2012.

Fury, who was born in Manchester, comes from a big family. He and his wife Paris, 31, have six children of their own. They live in Lancashire, although the boxer also owns a home in Vegas.

The fight that Rico had been watching with mates saw Anthony Joshua beaten by Oleksandr Usyk again – this time by split decision.

The crowd looked on in disbelief when the British boxing icon threw Usyk’s heavyweight belts out of the ring before hijacking the microphone to deliver a bizarre speech after his loss to the Ukrainian.

After the result was announced, Joshua hurled Usyk’s belts out of the ring before appearing to storm off.

He then decided to return to the squared circle to shake hands with his opponent.

But as they talked in the ring, AJ said: “I don’t care about strong, I have to have skill.

Later AJ broke down in tears during his press conference and was comforted by promotor Eddie Hearn.

Usyk, 35, also said he was determined to fight Tyson Fury next – before the star posted about his cousin’s tragedy this morning.

When the winner finally got his hands on the mic last night, he had said: “I’m sure that Tyson Fury is not retired yet.

“I’m sure, I’m convinced he wants to fight me.

2022-08-21
Previous Post: The Low Threshold for Face Recognition in New Delhi
Next Post: Postdoctoral Research Fellow at University of Exeter