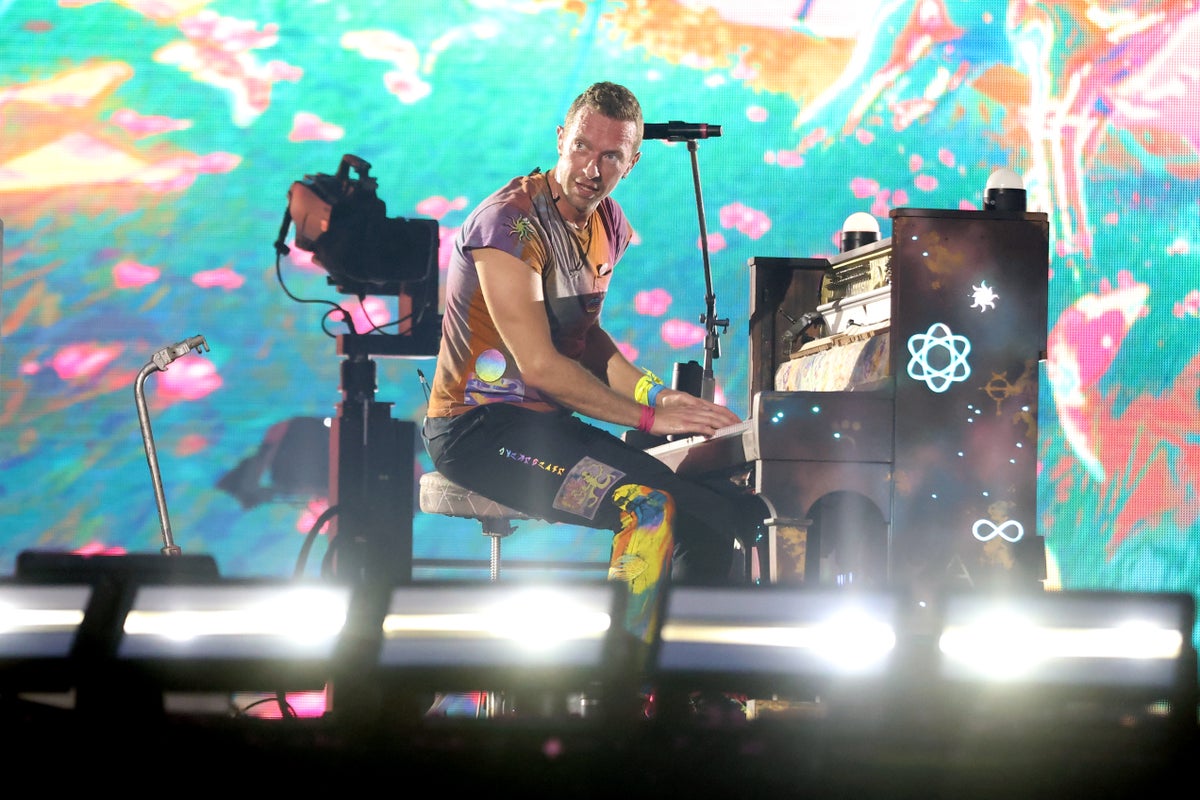 The 56-year-old Hollywood star commanded the stage beside the band’s lead singer Chris Martin to belt out Bush’s recent chart re-entry Running Up That Hill, as well as Knowing Me, Knowing You by the Swedish supergroup.

Coogan appeared to be in character as delusional DJ and talk show host Partridge, wearing a red satin jacket with the words “Snow Patrol” on the back.

Addressing the stadium crowd, he said: “Running up hills, up roads – it’s all cardiovascular. Not sure about running up buildings, unless you’re Spider-Man – excellent humour!

“Chris, what do you think the song’s about, because it can’t just be about running?” he asked.

Martin, 45, replied it was about overcoming problems, to which Coogan said: “It’s a metaphor, got it.”

He ended his Wembley performance shouting: “Make sure you wear the correct footwear, goodnight and aha!”

Coogan and Martin, who was playing guitar, delivered their eccentric duet of covers to a packed crowd on Coldplay’s fifth night at the north London venue as part of their Music Of The Spheres world tour.

The Partridge character has often referenced both Bush and Abba, with Coogan performing a medley of the singer’s hits in character for Comic Relief in 1999.

Knowing Me, Knowing You was the title of a Partridge comedy series on the BBC which included several Abba songs.

The Grammy award-winning band – consisting of Martin, Jonny Buckland, Guy Berryman and Will Champion, had previously brought out Shaznay Lewis from All Saints, Australian singer Natalie Imbruglia and R&B star Craig David during their week of Wembley shows.