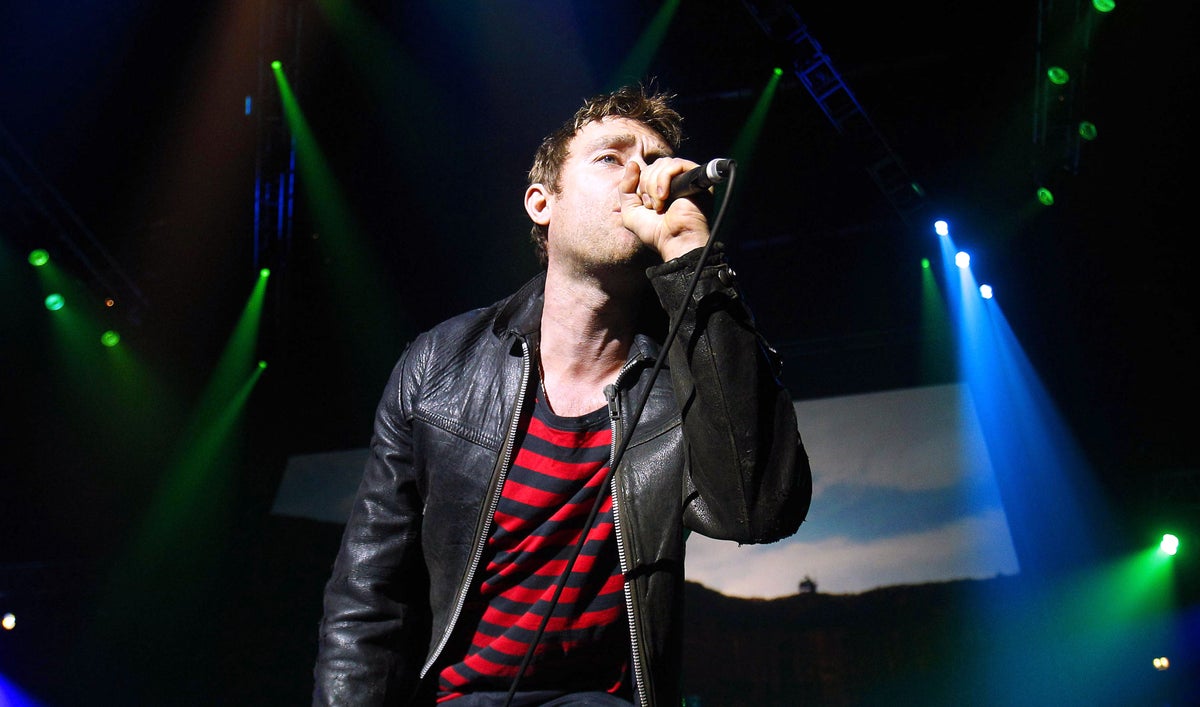 The six-day festival is taking place across two weekends at London’s Victoria Park from August 19-28.

Gorillaz opened their set with an electric rendition of M1A1.

Albarn then strutted across the stage as the band played Last Living Souls.

The Gorillaz frontman addressed the crowd, saying it was a special gig for him.

“This is the most local gig I’ve ever played in my life, he said.

“I was born here. It is special for me for that reason alone.”

The crowd then went wild as he launched into Tomorrow Comes Today.

Later as they played their 2018 song Tranz, Albarn held hands with fans at the front of the stage, until he lost his mike.

The crowd continued to dance and sing as he wrestled it back.

Albarn kept up the chaotic energy throughout the night.

During Rhinestone Eyes, Albarn donned a blue wig passed to him by a fan.

Jamaican DJ and singer Popcaan received a huge reception as he joined the band for Saturnz Barnz.

However, the biggest reception of the night was reserved for when Albarn brought out Tame Impala and Bootie Brown for a surprise performance of their new song New Gold.

It was the first time the song had been heard by the band’s fans.

A collaboration between Gorillaz and Tame Impala has been hinted as far back as 2020, with some fans saying it was never going to happen.

Shaun Ryder from Happy Monday also made an appearance, coming onstage for Dare.

The night appeared to be over, until Albarn brought The Clash’s Paul Simonon on for Plastic Beach.

Albarn told the crowd it was the first time they had played the song together on stage since 2010. Earlier in the night, the frontman addressed the crowd as the band played the opening chords of El Manana.

“I’m glad to see you all in such good spirits”, he said.

“After all, this is London.”

Albarn then put on a monkey’s head, asking the crowd “what animal do I have on me, can you collectively tell me?”

The band played 23 songs in total, including famous hits such as Dirty Harry and Clint Eastwood.