Tavistock Clinic fallout: what the courts would consider in litigation by former patients 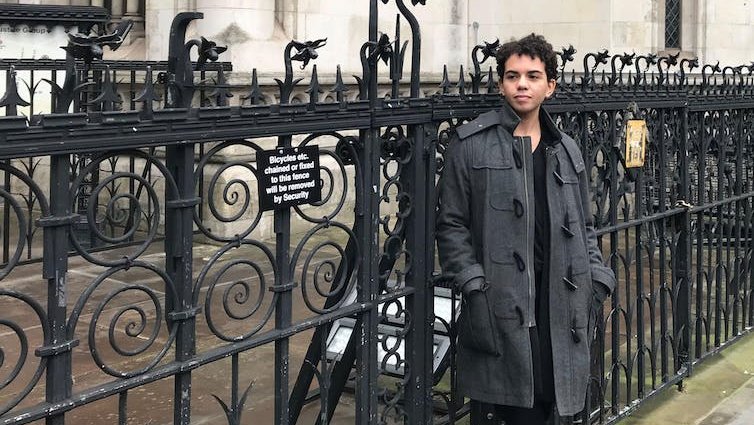 Clinical judgements and the clinical counselling at the Tavistock Centre, which since 1989 has provided the UK’s only gender identity clinic for children and young people, now seem set to be examined by the courts in clinical negligence claims brought by some former patients.

The NHS trust that runs the clinic, already set to close following the February 2022 interim review by Hilary Cass, former president of the Royal College of Paediatrics and Child Health, is reportedly facing a mass action lawsuit, with a particular focus on the use of so-called puberty blocker drugs.

Cass’ review built on the findings of the Multi-Professional Review Group (MPRG) set up in 2021 by NHS England (which has not yet formally reported) and a 2020 Care Quality Commission review. Her report criticised the provision of children’s gender identity services by only one centre, and recommended the establishment of regional services.

But the concerns identified were not only structural. Cass agreed with the MPRG’s criticism of the centre’s “predominantly affirmative, non-exploratory approach, often driven by child and parent expectations and the extent of social transition that [had] developed due to delay in service provision.” Primary and secondary care staff told her that they felt under pressure to adopt an unquestioning affirmative approach, an approach at odds with the approach they were trained to adopt in other clinical contexts.

Cass noted “a lack of agreement, and in many cases a lack of open discussion, about the extent to which gender incongruence in childhood and adolescence can be an inherent and immutable phenomenon for which transition is the best option for the individual, or a more fluid and temporal response to a range of developmental, social, and psychological factors. Professionals’ experience and position on this spectrum may determine their clinical approach.”

One of Cass’s reform proposals is particularly illuminating. In a letter to NHS England in July 2022, Cass asserted that staff involved in gender realignment clinics: “Should maintain a broad clinical perspective by working across related services … in order to embed the care of children and young people with gender-related distress within a broader child and adolescent health context.”

Gender realignment, in other words, should not be seen as an intellectual, ethical or clinical island unto itself, where different standards and skills should apply. The clinical and ethical issues raised by gender alignment are related, sometimes crucially, to other areas of paediatric care.

In clinical negligence proceedings, how might such claims be framed? We should be cautious about drawing conclusions from Cass’s report (it is an interim report) but if her criticisms are just, there would seem to be several possible types of allegation, including inadequate investigation, ignoring other pathologies, the use of inadequately researched treatments, and issues about patient consent.

Patients presenting to gender realignment clinics are complex. Cass noted that “it is highly unlikely that a single cause for gender incongruence will be found. Many authors view gender expression as a result of a complex interaction between biological, cultural, social and psychological factors.” She observed, too, that about a third of the children referred to the Tavistock service had autism or another type of neurodiversity, and that children in care were over-represented.

Such complexity demands sophisticated, nuanced and multidisciplinary assessment. The Tavistock’s assessments will be rigorously probed. If an assessment would not be endorsed by a responsible body of opinion in the relevant specialty (the famous Bolam test – as explained in the case of Bolitho v City and Hackney Health Authority – ubiquitous in professional negligence litigation), there will be a breach of duty. And if that breach has caused some damage or loss recognised by the law (for instance physical injury), compensation will be payable.

Many of the children presenting to the Tavistock, said Cass, had complex needs, but “once they are identified as having gender-related distress, other important healthcare issues that would normally be managed by local services can sometimes be subsumed by the label of gender dysphoria”.

The long waiting lists at the Tavistock made this issue worse: children could be left “a significant period of time without appropriate assessment, treatment or care”. If overlooking those other healthcare issues could be characterised as negligent, and damage resulted, again compensation would be due.

Instituting treatments for which there was an insufficient justification in the literature is the most controversial, and likely to be the most relevant, issue in the context of a clinical negligence case. The Tavistock has been in the spotlight for its use of puberty-blocker drugs, which are intended to prevent puberty until a definitive decision has been made about gender identity. Critics say that not enough is known about what irrevocable changes that these drugs may cause.

Read more:
What are puberty blockers, and how do they work?


In her letter, Cass said that without fully understanding the role of adolescent sex hormones in driving the development of sexuality and gender identity through the early teens, we cannot be sure about the impact of stopping these hormone surges on psychosexual and gender maturation. “We therefore have no way of knowing whether, rather than buying time to make a decision, puberty blockers may disrupt that decision-making process,” she said.

There was further concern around surges in adolescent sex hormones which “may trigger the opening of a critical period for experience-dependent rewiring of neural circuits underlying executive function (ie maturation of the part of the brain concerned with planning, decision making and judgement). If this is the case, brain maturation may be temporarily or permanently disrupted by puberty blockers, which could have significant impact on the ability to make complex risk-laden decisions, as well as possible longer-term neuropsychological consequences. To date, there has been very limited research on the short, medium or longer-term impact of puberty-blockers on neurocognitive development”.

These words will have caused consternation in the corridors of NHS Resolution, which handles claims against NHS trusts. Would a responsible body of medical opinion have prescribed puberty blockers on the basis of the available evidence? If not, and damage was caused by the prescription, claims might succeed.

Over the last few decades, English law in relation to consent to medical treatment has increasingly focused on the vindication of patient autonomy. To be lawful, treatment must be adequately explained.

The Tavistock had an overwhelming workload (referrals climbed exponentially over the last few years), and that may have meant less time for deliberation and explanation. Cass reported that “parents have … raised concerns about the vulnerability of neurodiverse children and young people and expressed that the communication needs of these children and young people are not adequately reflected during assessment processes or treatment planning”. Lawyers may ask if an “affirmative culture” contributed.

And, overwhelmingly, there is again the issue of under-researched puberty blockers. In a “letter to children and young people” at the beginning of her report, Cass wrote: “Whenever doctors prescribe a treatment, they want to be as certain as possible that the benefits will outweigh any adverse effects so that when you are older you don’t end up saying ‘Why did no-one tell me that that might happen?’ This includes understanding both the risks and benefits of having treatment and not having treatment.” That’s an accurate statement of the law and the ethics.

Wholly new treatments are not necessarily inappropriate. If it were otherwise, there could be no innovation. But where a treatment is not supported by the evidence base one would usually expect, the process of obtaining consent must be followed meticulously. There is a particularly onerous burden of explanation. Treatment without adequate explanation is a breach of duty.

How will the threatened litigation affect gender reassignment clinics?

Cass was clear: gender reassignment services for children and young people should not be reduced or stopped: “The reverse is true … more services are needed for you, closer to where you live”. The NHS is to create a network of regional hubs with an initial two in London and Manchester due to open fully in spring 2023. Litigation will not affect these proposals.

But the financial consequences of litigation will concentrate minds on what the services should involve. The number of potential claimants is unclear. Some of the claimant lawyers involved have spoken about more than 1,000 individual claimants, with individual claims running to millions of pounds: others have questioned whether the number of claimants could be so large.

In any event, patients are likely to be investigated and counselled more fully in the future. Puberty blockers – at least for the now predominant patient group of birth-registered females in their early teens – are likely to stop, and to be the subject of intense research.

Charles Foster does not work for, consult, own shares in or receive funding from any company or organisation that would benefit from this article, and has disclosed no relevant affiliations beyond their academic appointment.