Commonwealth Games 2022: how Birmingham is becoming the UK’s most liveable city 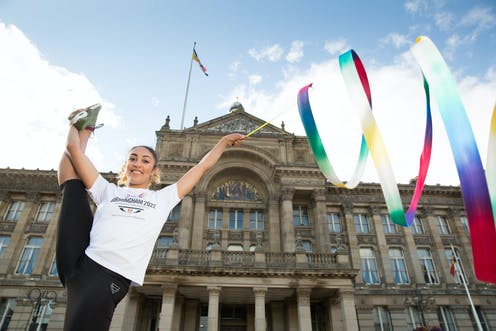 Birmingham, the UK’s second largest city by population, is currently in the international spotlight as the host of the 2022 Commonwealth Games. To welcome the athletes and stage their events, the city has invested £788 million of public funding, including £594 million from central government.

This funding has kickstarted programmes to, among other things, get more people taking up physical exercise, starting businesses and devising tourism experiences. It has seen the city dotted with new infrastructure, a new aquatics centre in Sandwell, a rejuvenated Alexander Stadium and the launch of the Birmingham 2022 Festival – a celebration of creativity in the West Midlands.

The Games will thus leave a permanent legacy of their own. However, research shows how these infrastructural projects represent only a small fraction of the investments that have succeeded in transforming the city over the past decade. Beyond the temporary glow hosting a mega-event can afford a place, my colleagues and I have shown how Birmingham is becoming what urban development experts term a liveable city.

Cities are places to live and work. They are simultaneously places for local interactions positioned within ever-evolving national and international flows of people, information, money and products.

Like all cities Birmingham has a history of change and transformation. Research shows how deindustrialisation from 1966 led the city to experience a long and painful adaptation, as manufacturing companies closed, downsized or relocated.

The city’s gradual restructuring of its economy has seen major corporate players consider the city as a suitable business location. In 2015, HSBC chose to build the national green headquarters of its UK personal and business bank in Birmingham.

Other major corporate players have followed suit including HS2, Goldman Sachs and Microland, the Indian IT infrastructure company. The city’s central location, the diversity and strength of its local economy and the quality of residential living have been important factors in attracting businesses.

How Birmingham pioneered a new kind of development

Birmingham’s recent transformation has roots in Joseph Chamberlain’s stewardship of the city in the 1870s. As mayor between 1873 and 1876, Chamberlain developed a tool for local economic development, that has become known as tax increment financing (TIF). Conventional wisdom holds that this kind of scheme was invented in California in 1955. Our research shows that this was, in fact, a Birmingham innovation.

Introduced in 1875, this financial innovation was designed to enable the development of 93 acres of Birmingham’s city centre, which included creating a brand-new street, Corporation Street. It saw the local authority release development sites on relatively short, 75-year leaseholds to the private sector but retain the freeholds.

This was an extremely clever move. As Chamberlain himself noted at the time, his approach was based on “sagacious audacity”.

“The next generation will have cause to bless the Town Council,” he said. And indeed they do. Birmingham City Council still retains the freeholds for most of the land in the city centre today. As a result, and contrary to, say Liverpool or London where large swathes of public land have been sold off, it can shape what is built and where. This includes the ability to focus on enhancing the quality of the built environment.

Thus, Birmingham’s old Central Library, built in 1971, was demolished in 2016. This resulted in the release of a 6.8-hectare (17-acre) site at the centre of the city, which has become the on-going Paradise redevelopment.

The city council was behind this £500m, 1.8 million sq foot office-led mixed commercial scheme and stands to benefit from additional business rates and ground rents. Most importantly, this project is creating a landmark office, retail and leisure development that is attracting more major companies to relocate to Birmingham.

Connectivity is central to city living and to unlocking land values, in precisely the way the Paradise project has for that Central Library plot. Birmingham’s economic development strategy thus includes a major focus on improving local transportation.

Extensions to the city’s metro as well as railway network are underway, including the introduction of new stations and major extensions to existing stations. These interventions include the £705 million redevelopment of New Street railway station, completed in 2015.

In April 2022, the UK government allocated £1.05 billion from its City-Region Sustainable Transport Settlements initiative to the West Midlands region. Further funding from the West Midland Combined Authority and Birmingham City Council will top this up to £1.3 billion.

Investing in this way in local infrastructure will only make Birmingham a more attractive place to live and work. Public transport is set to increasingly displace the use of private cars, thereby reducing air pollution and traffic noise.

It has top-class dining and retail amenities, as well as cultural and leisure attractions that arguably rival the best in the capital, from Birmingham Royal Ballet to the City of Birmingham Symphony Orchestra. In 2016, concert hall acoustics expert Leo Beranek ranked the city’s Symphony Hall as having the finest acoustics in the UK and the seventh best in the world.

In 2021, the city council launched a consultation, dubbed Our Future City Plan, on how to make Birmingham what urban development experts term a “city of proximities”. Based on the 15-minute city approach, the idea is that access to essential services – including schools, shops, green spaces and public transport – would be within a 15-minute walk or cycle ride, thereby prioritising local residents’ health and wellbeing.

Birmingham’s role in hosting the Commonwealth Games is exciting. But it should not distract from the city’s innovative and experimental approach to creating healthy neighbourhoods by achieving a new kind of balance between profitability and sustainability. Local planning and policy interventions are focused on making Birmingham one of the UK’s most liveable cities.

John Bryson has received funding from ESRC and is currently receiving funding from NERC as part of the WM-Air project – https://wm-air.org.uk/. The West Midlands Air Quality Improvement Programme – WM-Air is a NERC funded initiative, led by the University of Birmingham, working in collaboration with over 20 cross sector partners, to apply environmental science expertise to support the improvement of air quality, and associated health, environmental and economic benefits, across the West Midlands.

2022-07-29
Previous Post: Ukraine hopes to retake territory as new weapons give firepower to push back Russians
Next Post: 0.5 FTE Lecturer in Film and TV (Practice) at Falmouth University