That’s the claim from Media Foot – despite the Gunners hovering ever closer to Leicester’s Youri Tielemans.

Lyon are reportedly expecting to ‘soon receive an offer’ for 33-cap Paqueta.

The ex-AC Milan star, 24, is said to have rejected moves to several other clubs.

And it’s understood Arsenal’s priority is to persuade Paqueta they are the right team for him – BEFORE they make a firm offer to his Ligue 1 side.

Emirates boss Mikel Arteta is prioritising at least one new top-class midfielder, plus a wideman. 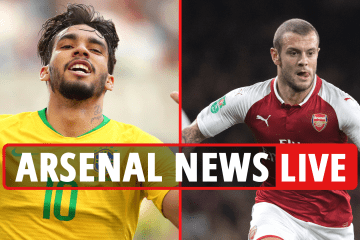 And out wide the ‘new Eden Hazard’ – Lille’s Edon Zhegrova – has emerged as a surprise option.

There were even reports on Thursday that the Gunners have bid for the Kosova hero.

The 23-year-old would certainly be a cheaper alternative to Raphina.

And in any case the Leeds winger is tipped to reject Arsenal and Chelsea for a £40,000-a-week pay rise at Barcelona.

Ivory Coast wideman Nicolas Pepe is one of seven players who could exit the Emirates.

2022-07-08
Previous Post: Should I still go on holiday if I have COVID?
Next Post: All you need to know about Community festival