Politicians live longer than the populations they represent: new research 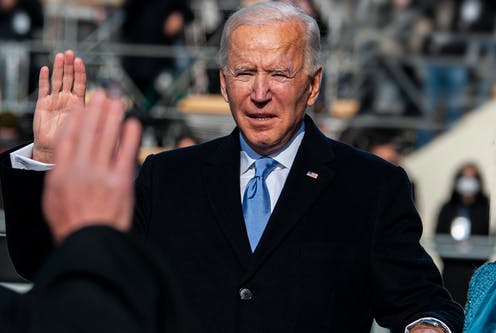 In many countries, inequalities in income and wealth have been rising since the 1980s. It has been estimated that the top 1% of income earners globally earn 20% of total income. But inequality isn’t just about wealth – elite groups also have advantages over the rest of society in areas such as education and health. They also tend to live longer. Life expectancy of the top 1% of income earners in the US is almost 15 years longer than the bottom 1%.

Typically highly educated, and with salaries well above average population levels, politicians are one important elite group. They are often accused of being too unlike those they represent, and slow to make policies that would improve the welfare of everyday people. In a recent study we investigated differences in mortality between politicians and the public and found that politicians generally live longer than the populations they represent.

Our analysis is the most comprehensive so far, based on data from 11 high-income countries: Australia, Austria, Canada, France, Germany, Italy, the Netherlands, New Zealand, Switzerland, the UK and the US. Previously, similar studies tracking long-term trends in health inequalities have focused on just a few countries, such as Sweden and the Netherlands.

Our study was based on more than 57,000 politicians, using historical data that in some cases dated back two centuries. To measure the inequalities, we matched each politician according to their country, age and gender to mortality data for the general public. Then, we compared the number of politicians who died each year with the number expected based on population mortality rates. We also calculated the difference in remaining life expectancy at the age of 45 (which is when, on average, politicians first get elected to office) between politicians and the public.

Over much of the 20th century, the remaining life expectancy of 45-year-old politicians across all countries with available data increased by an average of 14.6 years. For the general population across the same countries, the average increase was 10.2 years.

While gaps in income and wealth may partly explain these trends, they do not appear to be the only factor. Income inequality (measured by the share of overall income belonging to the richest in society) began to rise in the 1980s. In contrast, differences in life expectancy between politicians and the public began to widen as early as the 1940s.

Politicians’ survival advantage may be due to a variety of factors, including differences in standards of healthcare and lifestyle factors such as smoking and diet. Cigarettes were widely popular in the first half of the 20th century and smoking was prevalent across all sections of society by the 1950s. This is no longer the case. Public health measures, starting with bans on tobacco advertising, mean smoking rates have fallen, especially among more advantaged professional groups, such as politicians.

It is also possible that the introduction of new campaigning methods (including television broadcasting and social media) changed the type of person who became a politician.

Women tend to live longer than men generally, but in most countries, data on female politicians were available only after 1960. We found that trends in life expectancy gaps between politicians and the general public were similar for women and men.

In many countries, the public expects transparency and disclosure about politicians’ earnings. The other advantages they have, such as longer life expectancy, have been much less appreciated. Our study focused only on politicians in high-income, democratic countries where data were readily available. Conducting more analysis, particularly of low and middle-income countries, could improve our understanding of global health inequality trends and help find solutions.