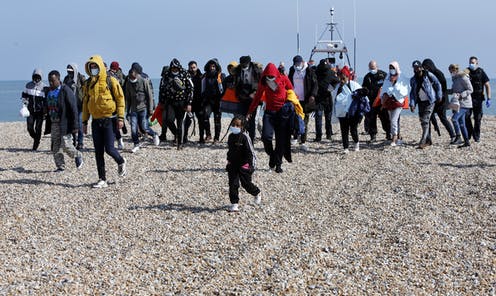 The Human Rights Act 1998 came into force just over 20 years ago in October 2000, vastly improving protections for human rights in common law, statute, EU and international law. Now, justice secretary Dominic Raab has confirmed plans to replace it with a UK bill of rights.

What the government is proposing is not merely an “update” to the Human Rights Act, as claimed in the 2019 Conservative Party manifesto. It is, instead, a wholesale revision of a fundamental feature of the UK constitution.

For other democracies, the process to change such an important feature of the constitution would likely take years, and would involve constitutional conventions, public consultation, a referendum or special parliamentary majorities. With the government’s current majority, the Human Rights Act could be repealed in less than a year.

The UK is unusual in that it has no codified constitution. As a result, constitutional change follows no set, or legally enforceable, process. The most usual method is via act of parliament – for example, the EU Withdrawal Act in 2018.

Before the parliamentary stages, there is usually considerable debate and consultation. The Human Rights Act itself was preceded by a detailed government consultation paper, cross-party agreement between Labour and the Liberal Democrats, and many years of discussion by academics, judges, politicians and journalists.

For the government to introduce into parliament a previously unpublished 44-page constitutional bill and have the second reading debate the next day – as it is doing with the bill of rights bill – is unprecedented. The substance of the bill will make it much more difficult for people to claim their human rights in the UK. But equally concerning is the government’s authoritarian method of achieving this constitutional change.

The Conservative Party has waged a long campaign against the Human Rights Act. Replacing it was a feature of 2010 and 2015 election manifestos, and although the Conservatives formed a government in 2015, the repeal did not go ahead. A 2014 consultation paper and leaked plans in 2015 are remarkably similar to the latest announcement. They include the reassertion of parliamentary sovereignty, distancing the UK from the European Court of Human Rights and limiting human rights for various groups including prisoners and foreign nationals.

Throughout this long campaign, no balanced arguments have been presented for or against replacing the Human Rights Act with a bill of rights. There is no overriding objective, such as securing more effective remedies for the violation of human rights, or addressing new challenges such as climate change.

Instead, the focus has been on the pursuit of ideological objectives – the restoration of national pride, sovereignty and democracy, and the return to much better times. While such ideological arguments are likely to be popular with sections of the public, these should not be the driving factor behind revamping human rights law.

The Ministry of Justice’s bill of rights consultation paper references a “long, proud and diverse history of freedom”, and says that common law has “been stifled by the current human rights law framework”. The recent judgment by the European Court of Human Rights that blocked the plane of asylum-seekers headed to Rwanda from taking off has played into these themes.

The government’s approach suggests that those who benefit from the current Human Rights Act will be brought into line by the new bill of rights with their rights reduced or made more difficult to access. This includes prisoners, benefit recipients, immigrants and asylum seekers.

The consultation says that lawyers have brought “unmeritorious” claims requiring “substantial amounts of taxpayers’ money”, and that national judges have made the law “uncertain”, engaged the government in “costly litigation” and put the public at “additional risk”.

Another hallmark of authoritarianism involves state control of information. It has been difficult for the public to access neutral, balanced information explaining the impact of the proposed changes. Even for experts, the 118-page consultation is difficult to understand and full of conclusions not based in evidence. The public interest is not mentioned, and it is not clear who the proposals will benefit.

The recent rise in populism means that in many states, constitutional change is not approached with public interest as the goal. Take Russia as an example. In 2020, Russia amended its constitution, granting its constitutional court the power to overrule judgments of the European Court of Human Rights. Following the invasion of Ukraine, and exclusion from the Council of Europe in March 2022, its legislature has now voted to end the court’s jurisdiction.

Authoritarian methods for achieving constitutional change are unbalanced, and used when there is a risk that formal and balanced methods will not deliver the government’s desired outcome. In short, were the government to facilitate a balanced and rigorous debate, there is a risk that the result could go either way – as the close 2016 referendum on EU membership illustrated.

Human rights are about more than sovereignty, nationalism and nostalgia. When they are to be taken away, it is important that the resources and legitimacy of the state are employed to make sure everyone understands how the proposed changes will affect them. The people of the UK deserve much more than what they have been given.