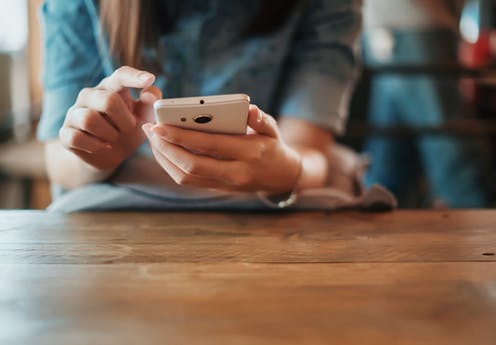 New rules on mobile app stores could trigger a wave of creative, cheaper apps with more privacy options for users. Every budding developer dreams of creating an app that goes viral and makes lots of money overnight. The Angry Birds game became a worldwide phenomenon within weeks when it launched in 2009 and made US$10 million (£8 million) in its first year.

On Apple’s iPhone and iPad platforms, the App Store is the only way to distribute apps. Until recently, Apple and Google’s stores charged a 30% commission fee. But both halved it for most independent app developers and small businesses after lawsuits such as in 2020 when video games company Epic Games claimed Apple has an illegal monopoly of the market.

Epic Games lost but Apple was subject to App stores changes that are on hold. Both Epic Games and Apple are appealing. Epic Games has filed a similar case against Google, which is set to go to trial in 2023. App stores set the rules on privacy, security and even what types of apps can be made.

Third-party stores could set different rules which might be more relaxed and allow developers to keep more of the money from apps they sell.

You have been Sherlocked

Independent developers say they are sometimes being “Sherlocked” by Google and Apple. They develop an app, and not long afterwards the platforms embeds the app’s features in the operating system itself, killing the developer’s product.

FlickType was developed as a third-party keyboard for iPhones and Apple Watches in 2019. Shortly afterwards Apple apparently told the developer that keyboards for the Apple Watch were not allowed, they announced the feature themselves.

It can take between three and nine months to develop one app and can cost between US$40,000 and US$300,000 to build a minimum viable product. Some apps take much longer than this to develop.

In 2021 a group of UK-based developers filed a £1.5 billion collective action suit against Apple over its store fees. The case will be heard in the UK.

The European Commission told Apple it had abused its position and distorted competition in the music streaming industry and its restrictions on app developers prevent them telling users about cheaper alternative apps.

For instance, when Apple builds a music app, rivals such as Spotify argue this is unfair. They have to pay 15% or 30% of their revenues to Apple, their rival, which operates the store platform. Until recently, Apple prevented Spotify from telling users about cheaper options (like by subscribing via the service’s website).

A report from the UK’s Competition and Markets Authority highlighted concerns that the tech giants are creating barriers to innovation and competition. Their full market study is due to report back in June 2022. The UK government has pledged to introduce new laws “when parliamentary time allows.”

The EU’s Digital Markets Act could be in force by Spring 2023. The legislation is designed to open up mobile platforms by allowing users to install apps from alternative stores, and ensure app store providers don’t favour their own products or services over third-party developers’ offerings.

In February 2022 a US senate panel approved a bill that aims to rein in app stores.

It is possible to install apps from other niche stores on Android hardware – such as the F-Droid store for open source apps. But the Play Store is available on almost every Android phone by default, meaning the apps available on it can reach a much larger number of users.

Both Apple and Google’s app review processes (which looks at developers’ apps before making them available) have been heavily criticised for their lack of transparency, consistency, and general inequality. Independent developers have no real leverage against international billion-dollar companies.

Google has been criticised for failing to provide meaningful clarification when it remove apps from its store.

Apple expressed security and privacy concerns about allowing apps from other stores on its devices.

App store review processes can try to ensure that apps follow their privacy policies. Most users don’t read these however, and apps can already access and share a lot more data than users realise.

Third-party app stores are likely to create a trade-off between user freedom and user safety. Some users may prefer Apple and Google’s approach to privacy. Others may prefer a more open experience, where they can install apps from smaller independent developers, who can develop their apps without having to jump through the large app stores’ hoops.

The fact is that it’s possible to give users this choice – evidence from lawsuits shows that Apple originally planned to support running apps from outside its app store. The Digital Markets Act might force Apple to reconsider.

The DMA won’t deliver results for users and developers unless it is properly implemented. The European Commission itself looks set to become a dedicated regulator for the first time. This will take time though, and the commission will need to grow a team large enough to provide meaningful oversight and enforcement.

Greig is a member of the UK 5G security group, and the Telecoms Data Taskforce. He has worked on 5G projects funded by DCMS.