What your eyes reveal about your health 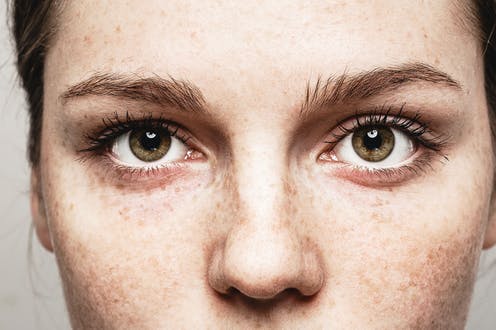 Scientists at the University of California, San Diego, have developed a smartphone app that can detect early signs of Alzheimer’s disease and other neurological conditions. The app uses the phone’s near-infrared camera to track changes in the size of a person’s pupils at a sub-millimetre level. These measurements can then be used to assess that person’s cognitive condition.

As technology evolves, the eyes will prove more and more useful as a means of diagnosing all kinds of diseases and conditions because, by being transparent, the eye requires far less invasive methods of examination than other body parts.

But even without technology, it is possible to detect a number of health problems simply by looking at the eyes. Here are some of the warning signs.

The pupil responds instantly to light, becoming smaller in bright environments and larger in dimmer conditions. Sluggish or delayed responses in pupil size can point to several diseases that can include serious conditions such as Alzheimer’s disease, as well as effects of medications and evidence of drug use. Dilated pupils are common in those who use stimulant drugs, such as cocaine and amphetamine. Very small pupils can be seen in heroin users.

A change in the colour of the sclera (the “whites of the eyes”) suggests that something is not right. A red, bloodshot eye can be triggered by excess alcohol or drug abuse. It can also be caused by an irritation or infection that, in most cases, passes within days.

If the change in colour is persistent, it can signal a more serious infection, inflammation, or a reaction to contact lenses or their solutions. In extreme cases, a red eye indicates glaucoma, a sinister disease that can lead to blindness.

When the sclera become yellow, this is a most obvious sign of jaundice and a diseased liver. The underlying causes of jaundice vary widely. They include inflammation of the liver (hepatitis), genetic or autoimmune conditions, and certain medications, viruses or tumours.

A blood-red spot on the white of the eye (subconjunctival haemorrhage) can look frightening and is always the result of a small localised blood vessel that has burst. Most times, there is no known cause, and it disappears within days. However, it can also be an indication of high blood pressure, diabetes and blood-clotting disorders that cause excessive bleeding. Blood-thinning drugs such as aspirin can also be the cause, and if the problem is frequent, might suggest that the dosage should be reviewed.

Ring around the cornea

A white or grey ring around the cornea is often linked to high cholesterol and an increased risk of heart disease. It can also reveal alcoholism and is sometimes seen in the eyes of older people, which is why the medical name given to it is arcus senilis.

Sometimes the most alarming features that can appear on the eyes are actually the most benign and easy to treat. A yellowish fatty lump that can appear on the white of the eye is a pinguecula (pronounced pin-GWEK-you-la), a small deposit of fat and protein that may be easily remedied by eye drops or removed by a simple operation.

A pterygium (pronounced tur-RIDGE-ium) that appears as a pinkish growth over the white of the eye is not a danger to sight until it starts to grow over the cornea (the coloured part of the eye).

Fortunately, pterygia grow very slowly. As with pinguecula, it can easily be removed. Indeed, it should be removed well before it reaches the cornea. If allowed to keep growing, the pterygium will form an opaque “film” over the cornea that will obstruct vision. One of the major causal factors for both pinguecula and pterygium is believed to be chronic exposure to ultraviolet light from the Sun.

Bulging eyes can be part of a normal facial feature, but when eyes that were not previously bulging start to protrude forward, the most obvious cause is a problem with the thyroid gland and needs medical attention. A single eye that is bulging can be caused by an injury, infection or, more rarely, a tumour behind the eye.

The eyelids can also indicate many diseases. These are mostly related to minor conditions of the glands in the eyelids. A common condition is the stye or chalazion, which appears as a red lump on the upper and, less often, lower eyelid and is caused by a blocked oil gland. A stye generally disappears on its own or with warm compresses. If it persists, it needs to be removed with a simple procedure.

A twitching eyelid (ocular myokymia) can be an irritation, even an embarrassment, and often feels far worse than it looks. In most cases, it is perfectly harmless and can be linked to stress, nutrient imbalance or consuming too much caffeine.

2022-05-10
Previous Post: Is AI-generated art really creative? It depends on the presentation
Next Post: Supernatural VR Makes Working Out More Accessible Than Ever