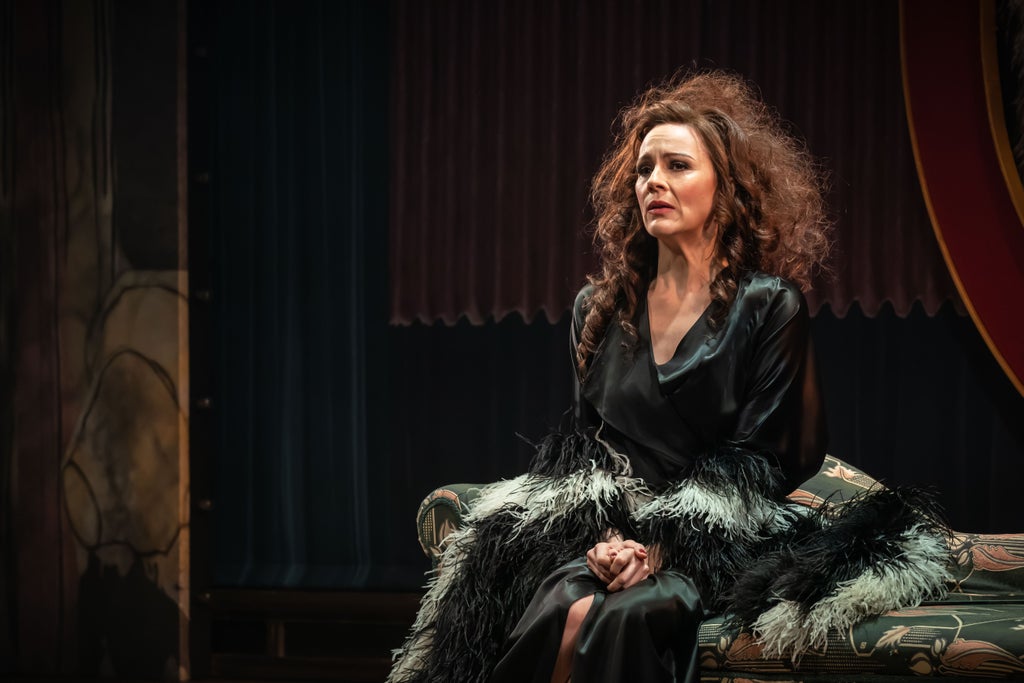 ike Bartlett’s dramas vary wildly in style but also in quality: the elegant, deeply thoughtful works are balanced by sketchier ones. This contemporary Restoration comedy, starring Bartlett’s sometime-muse Rachael Stirling as a modern social (media) climber, is one of the latter.

It’s laugh-out-loud funny at times but its discussions of freedom, liberty and responsibility – not to mention some last-minute gags about partygate – are schematic. It feels like Bartlett – whose blank verse drama The 47th, about a Trump run in 2024, opened at the Old Vic last week – wrote it to prove he could once again do something that no one else is doing.

He plays with old and new concepts of virtue, pitting puritanically right-on youth against a selfish, hypocritical older guard. Young idealist Phoebe (Cecilia Appiah) travels to London to save her twin brother Jack (Matthew Broome) from the mire of sex, drugs, and right-wing attitudes into which she fears he’s sunk. The capital, just emerging from “a plague”, is a hedonistic, cynical place, where gratuitous offensiveness is more likely to get you a TV deal than get you cancelled. Sound familiar?

Alongside Stirling’s controversialist Lady Climber there’s Dennis Hedge, a working-class entrepreneur made good, caricatured Tory MP Matt Eton, and a smug TV exec, Rosalind Double-Budget (“DOO-blay BOO-zhay,” she corrects), whose virginal son wants to be the new Ken Loach. The rest of the younger guard are represented by a PR consultant with an axe to grind, an anti-capitalist waitress and a gay flatmate whose name, Freddie Peripheral, sets up a long-running gag.

Multiple cases of mistaken identity at a Netflix costume party lead various characters out of their sexual comfort zones – Matt Eton crosses the floor in more ways than one. As always with Bartlett, the writing itself is elegant: the mashup of Restoration cadences and modern argot is spot on. The thinking behind it is hazy, though.

The idea that social justice is a religion for the young, and that the contract between the individual and society must be endlessly renegotiated, are half-heartedly discussed. The suggestion that new and old media distract us from what’s really important isn’t exactly new. The play paddles through the shallows of the culture wars while evading the treacherous depths.

Rachel O’Riordan’s production is deliberately mannered, dealing with archetypes rather than fully-fleshed characters in true Restoration style. Appiah has as much fun with Phoebe’s preachy prattle as Stirling does with Lady Climber’s vampy self-interest, but many of the performances are flat.

Set designer team Good Teeth make use of backdrops and two-dimensional cloudscapes, while Kinnetia Isidore’s costumes are garishly bizarre. Altogether the effect is showy but insubstantial. One comes away with the sense of having watched and enjoyed a diverting confection, a stylish exercise in pastiche with a gloss of contemporary debate, but ultimately superficial.

Lyric Hammersmith, until 14 May; lyric.co.uk

2022-04-15
Previous Post: Chinese cops in hazmat gear seize people’s HOMES for use as Covid isolation units in world’s strictest lockdown
Next Post: The Great Escape 2022: Your guide to Brighton’s festival of new music