UK city status: why even small towns compete for the royal honour 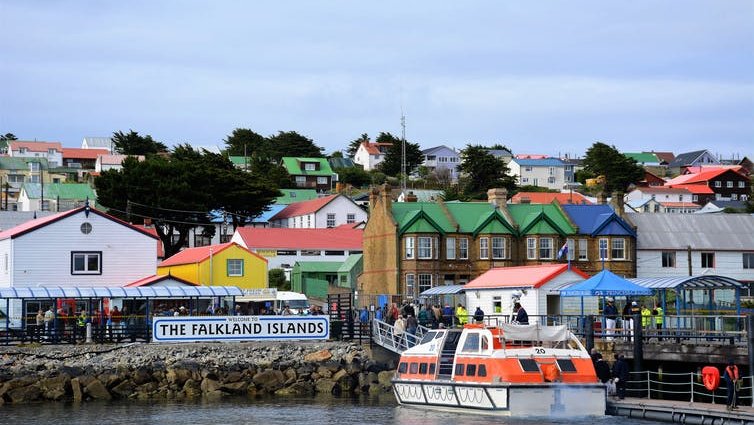 As part of the Queen’s platinum jubilee celebrations in 2022, towns from across the United Kingdom, and further afield, are competing for city status. The list of competitors numbers 38, with 23 from England, eight from Scotland, three from Northern Ireland, three from various British overseas territories and one – Wrexham – from Wales.

This year’s competition marks several firsts. It is the first time applicants from beyond the British Isles have been included. Also, the judging panel has been made public and for the first time, it includes not only government officials but heritage experts, among them Kate Mavor, the CEO of English Heritage.

Although the award is ultimately an honour bestowed by the Queen, towns interested in city status make their case to the government, traditionally to the Home Office but in recent times to whichever department of state accepts responsibility. This has included the ministries of justice and culture, media and sport and, for 2022, the Cabinet Office.

As I have shown in my book, City Status in the British Isles, 1830-2002, if the administering department of state has changed regularly, just who is responsible for the competitions and their outcomes is not at all clear. Local MPs are expected to use their influence on behalf of their towns. In fact, I have found that city-status competitions are essentially about political patronage.

There are no straightforward criteria a town has to meet in order to compete. Applicants need neither prove population size nor boast a vibrant local economy; they need no medieval churches or Grade I-listed buildings to their name either.

The government has framed the 2022 competition in terms of civic pride. Applicants were told to emphasise notions of heritage, innovation and greater prosperity and opportunity in their application. They were also told to highlight royal connections, presumably because city status is in the Queen’s gift. Quite how these connections are taken into account by the judging panel is unclear.

Those towns that are successful in their bids will have the right to append “City of” to their names and to change their street signs. They will also update their coats of arms.

According to the UK government, this brings many benefits. Cities, it claims, do better than non-cities: “Winning can provide a boost to local communities and open up new opportunities for people who live there, as is the case with previous winners Perth and Preston where the local economies benefited from their improved national and global standing.”

Less quantifiable outcomes include international exposure and the general buzz of local excitement as feelings of pride, community and nationalism are generated by winning the competition.

How cities are chosen

Towns and boroughs in England, Scotland, Wales and Northern Ireland have competed in such civic honours competitions since 1977, when Derby, in the East Midlands, won on the occasion of the Queen’s silver jubilee. Between the 1992, 2002 and 2012 jubilees, a total of 15 towns have been granted city status.

Jubilee honours aside, there are other instances where towns have been granted the title by royal charter. An unexpected competition was organised as part of the Millennium celebrations in 2000, which saw Brighton and Hove, Wolverhampton and Inverness gain city status. Southend-on-Sea followed suit in October 2021, in honour of the late David Amess and his longstanding campaign to see the resort town feted.

Applications for the 2022 competition were submitted in December 2021 and the winners are expected to be announced in the spring. There is no fixed number of winners in any given year. But since there are applicants from each province of the UK it is a fair bet on past performance that each will have at least one successful candidate.

As Wrexham is the only candidate from Wales it can probably expect to succeed. Northern Ireland has three candidates. Possibly these will all succeed given the need to recognise the different communities in the province.

Of England’s 23 candidates, on past performance, no more than three are likely to succeed. The presence on the panel of Catherine Francis, the director general for local government and public services at the housing department may suggest that the government is thinking politically about which towns might be promoted, and not just about heritage and royalty.

None of this makes absolute sense. If it is advantageous for a large town to be a city, and the government’s own data suggests it is, why should towns like Blackburn, or Bournemouth, Colchester, Doncaster, Middlesbrough, Milton Keynes, Northampton and others not automatically receive a charter? After all, the Centre for Cities, an independent thinktank dedicated to improving urban economies throughout the UK, lists, among the 63 urban areas that it covers, 25 English towns which do not have city charters. These include Aldershot, Basildon and Slough, all with a population exceeding 180,000.

While a few places have taken matters into their own hands and declared themselves cities, either temporarily (like Milton Keynes) or permanently (Dunfermline in Scotland and Medway in England), for the most part, town officials abstain from using the term “city” in the absence of a charter. Instead, towns with city status pretensions go through these competitions, which are increasingly like as a sort of beauty contest, wherein patronage is key.

When Preston, a Labour stronghold succeeded in 2002, the Conservative MP for Chelmsford, Simon Burns accused Labour ministers in the House of Commons of engaging “in a cynical political fix” to only reward their stronghold towns with the title. After the Tories and the Liberal Democrats joined forces in 2010, the coalition government made Chelmsford a city in 2012, in what would appear to be a direct response to Burns’ criticisms. What began as a royal honour has now become now a tool for civic boosterism and for currying political favour.