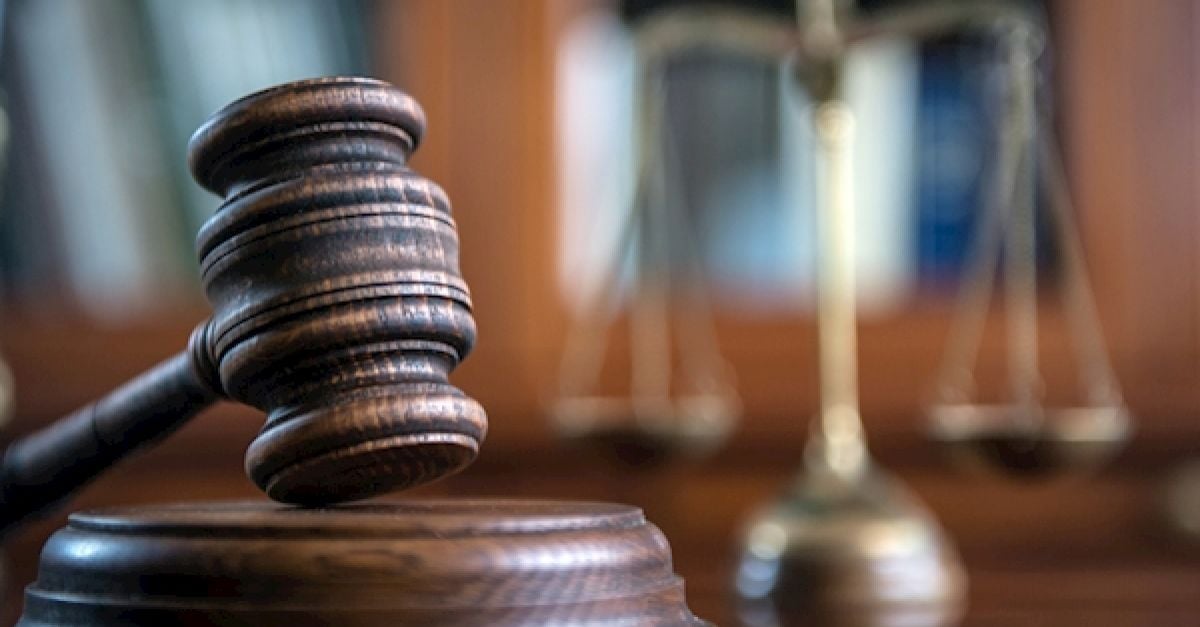 A man extradited from Romania to face trial for money laundering and setting up bogus companies has been remanded in custody.

He had been detained in Romania on a European Arrest Warrant (EAW) before being sent to Ireland.

Mr Olteanu, of no fixed abode in Ireland but who had an address in Middlesex in England, appeared before Judge Grainne Malone at Dublin District Court on Saturday morning.

He faces 11 counts of money laundering of €250,000 in alleged crime proceeds through bank accounts in Ireland. He is also accused of 14 counts of using false identity documents to set up companies and one charge for theft of €400.

Detective Garda Ciaran Ronan applied for a remand in custody. He told Judge Malone he based his objections to bail on flight risk, lack of ties to the jurisdiction and because Mr Olteanu was arrested on an EAW in Romania.

The GNECB detective told the judge the accused made no reply when charged at the Bridewell Garda station with the 26 offences.

The Director of Public Prosecutions (DPP) directed trial on indictment, meaning the case would be heard in the Circuit Court.

The accused listened to the proceedings with the help of an interpreter and spoke only to confirm he had legal representation.

Defence barrister Kevin McCrave said there was no application or bail at this stage. A legal aid application was also deferred for a statement of means to be provided.

Judge Malone remanded Mr Olteanu in custody pending the preparation of a book of evidence to appear at Cloverhill District Court on Friday.

The arrest was made as part of Operation Omena – an intelligence-led GNECB investigation into fraudulent selling on second-hand websites across Europe and the subsequent laundering of the proceeds of these crimes through a network of bank accounts opened by using false identities.

Another man was charged last week with related offences and was remanded in custody. He is due to appear in court again on February 17th.