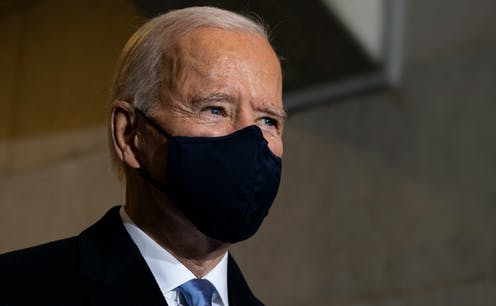 The US has announced a diplomatic boycott of the 2022 Winter Olympics in Beijing over concerns of China’s alleged human rights abuses. Predictably, Australia and the UK , members of the newly created AUKUS military alliance designed to counter China, followed suit, as has Canada.

Boycotts are a diplomatic practice used by states to express disapproval on various matters. In this case, the states in question are refusing to send diplomatic representatives to the Games – but they are not blocking their athletes from competing. This illustrates why boycotts of this nature are not only difficult to pull off, but can actually undermine the value sport brings to international relations.

The International Olympic Committee (IOC) is made up of members who represent the organisation in their own countries – not the other way around, like in the UN. This model has helped the IOC maintain political neutrality over the years. Its president, Thomas Bach has stated that allowing politics in will mark the end of the Games.

The White House announcement made it clear that the government will not penalise US athletes by barring them from participating in the Games: “The athletes on Team USA have our full support”. This shows the US understands the importance of leaving politics out of sport – so why boycott at all?

This decision is an example of “constructive ambiguity”, a negotiating tactic widely credited to Henry Kissinger, one of the US’s preeminent diplomats. The term refers to the deliberate use of ambiguous language to advance a political purpose and does not denote integrity but self-preservation.

Days before the boycott was announced, the UN general assembly adopted the resolution to “[build] a peaceful and better world through sport and the Olympic ideal”. The resolution was co-sponsored by 173 member states, but the US was not one of them. Luis Moreno, the Permanent Observer for the IOC to the UN, stated: “This is only possible if the Olympic Games are politically neutral and do not become a tool to achieve political goals”.

Both the IOC and Seb Coe, president of World Athletics, have denounced politically motivated boycotts. Coe, who became Olympic champion in the 1980 Moscow Games despite the then British government’s support for a US-led boycott, dismissed the current decision as “a meaningless gesture”.

These events reinforce the constructive ambiguity of the US’s diplomatic boycott. By supporting the participation of US athletes in the Beijing Games, the Biden administration explicitly acknowledges the Olympic values and the primacy of the Olympic Charter.

At the same time, by declaring a diplomatic boycott, the US clearly undermines the political neutrality of sport and puts its own Olympic authorities and athletes in a very uncomfortable position. The boycott urges athletes and officials from those countries to either distance themselves from their governments or to accept that they do not care about human rights in China.

The US policy towards sporting boycotts has been chequered. Appeals to boycott the 1936 Olympics in Nazi Germany because of repressions against Jews and Christians were left unanswered by the administration, despite the insistence of US diplomats in Berlin.

David Kanin, a former CIA specialist on the Olympic movement, said of the Moscow boycott:

The international impact of the boycott might have been greater had the White House been more knowledgeable of the organisation and operation of the Olympic movement and international sport.

Historians deemed the Moscow boycott to have been a foreign policy and sporting “failure of Olympic proportions”.

Past Olympic boycotts have failed for a number of legal, political and ethical reasons. The Olympic movement encompasses 206 countries and for any boycott to be successful it needs the support of the overwhelming majority of countries. This is highly unlikely to happen – all countries have strong bilateral relations with other states, which they will not jeopardise over a sporting event.

The Chinese government has been harsher in its response to the boycott, saying the involved countries will “pay the price”. China has also said that it would not invite western diplomats who threatened to boycott emphasising that the White House initiative is merely political grandstanding.

Human rights abuses should be condemned in the strongest possible terms wherever they take place, but Biden’s response to politically boycott the Olympics is timid and misplaced. The pursuit of freedom requires us to take unambiguous positions, and sports are exceptionally effective means to bring people together and promote ongoing dialogues.

Indeed, in 1971 the Nixon administration sent nine US table tennis players to China to reestablish diplomatic relations between the two countries. This move became known as “ping pong diplomacy” and is the prime example of how sport and international understanding are linked. It would be a mistake to undo that now.

2021-12-10
Previous Post: Football clubs won’t have to scan every fan’s vaccine passport under new rules
Next Post: COVID: why working from home leaves the lowest paid at more risk of infection