The deputy PM said there’s still no need to introduce tougher measures like working from home and vaccine passports for mass events. 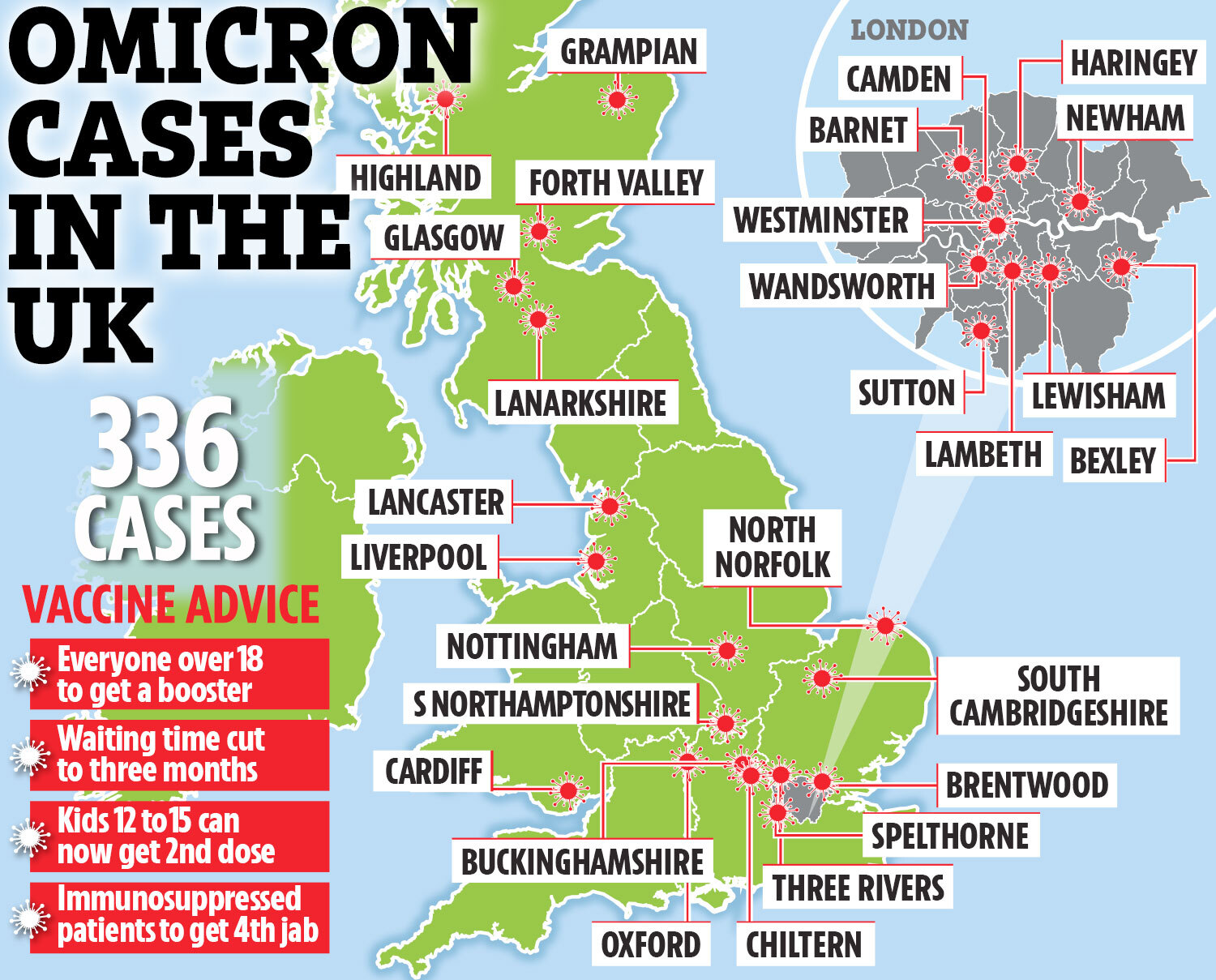 He insisted the Government is “doing everything that can be done to tackle” the threat created by the new variant.

But he said ministers must take a “proportionate” approach to restrictions and locking down the country would create “other risks”.

Mr Raab said: “We don’t think Plan B is required. Why? Because of the success of the vaccine programme.

“We’re doing everything that can be done to tackle the risk that we face and we’re doing it in the proportionate way that doesn’t create other risks and other challenges.

“Based on the data and the other measures we’re taking including in relation to travel we believe we’re taking the targeted and proportionate approach.”

THIS TIME NEXT YEAR…

Only Fools And Horses' Damien Trotter is unrecognisable 20 years on

Plan B includes mandatory masks, which have already been reintroduced, as well as working from home and vaccine passports.

The deputy PM said 1,500 pharmacies and the military will be on hand to help ramp up the booster programme.

Ministers want to ensure everyone has been offered a third dose of the vaccine by the end of January.

Mr Raab said: “We’re always weighing up all the advice we get, particularly the scientific advice, and making sure we take the most effective and balanced measures to deal with the situation, the risks we face.

“The point is we’re in a fundamentally different position because we’ve got 90% of the country with a single dose, 81% with a double dose, over a third with booster.

“And that puts us in a more resilient position but it’s always a balance and we take the scientific advice all of it very seriously.”

His remarks come amid warnings cases of Omicron are now doubling every three days and the variant is spreading rapidly across the UK.

Saijid Javid admitted the mutant strain could “knock us off our road to recovery” due to its high infectiousness.

But the health secretary also pledged to “face down” scientists calling for harsher Covid restrictions than necessary.

During a Commons debate Tory MP Chris Grayling raised concerns about the effect of new curbs on the travel industry.

He asked Mr Javid: “Please will he give an undertaking he will face down the more conservative elements of the scientific community do the right thing and keep the restrictions as minimal as possible?”

To which the health secretary replied: “I’m happy to give that commitment.”

There are now 336 confirmed cases of Omicron across the country, although scientists say the real number is likely to be in the thousands.

2021-12-07
Previous Post: Yazidi genocide: landmark guilty verdict for IS jihadi could transform how atrocities are brought to justice
Next Post: Max Verstappen’s dad says son will “do everything” to beat Lewis Hamilton