State of Terror by Hillary Clinton and Louise Penny review 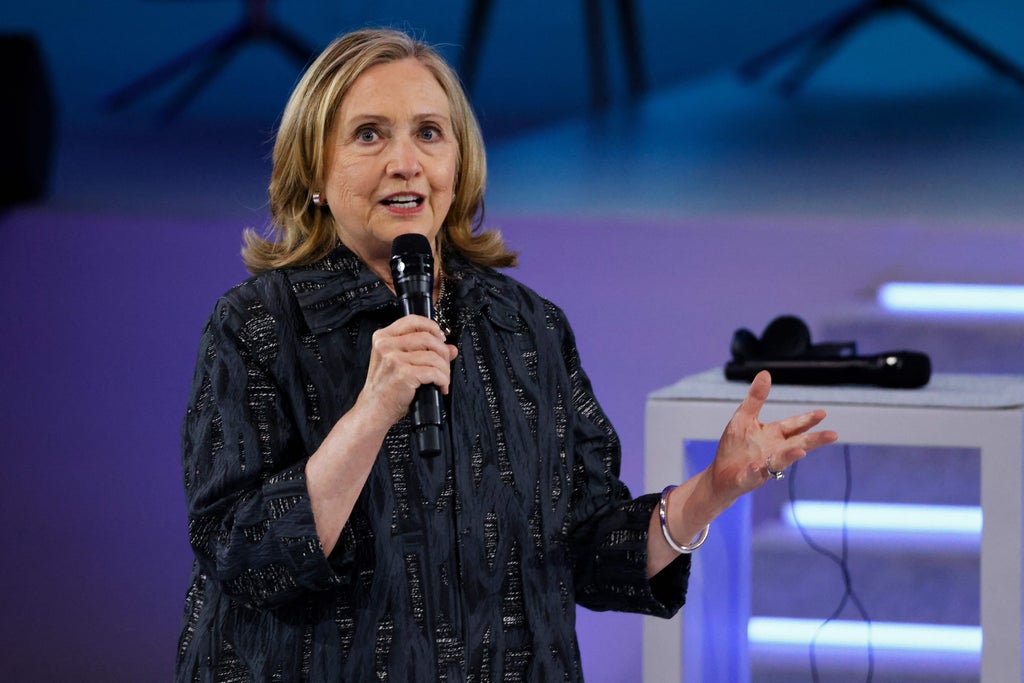 llen Adams is “medium height, trim with good dress sense” and secretary of state to the President she distrusts. A reckoning with the Trump era will be worn heavily in the next 40 pages: “After the past four years of watching the country flail itself almost to death, she was now in a position to help”.

The duo of Hillary Clinton and Louise Penny follow Bill Clinton’s foray into a masculine thriller genre with his co-author James Patterson in The President’s Daughter. That sold over two million copies – and Hillary, fairly enough, now spins out her own barely-fiction thriller franchise with Penny, a well-established Canadian writer behind the long-running Canadian Three Pines mystery franchise.

Clinton’s inside knowledge is clearly the draw here in a book that rests on the instability of geo-politics and America’ s less certain place as the global policeman. The State Department is “the Harry S. Truman building, still called Foggy Bottom by longtime denizens, maybe even with affection”. I can’t begin to figure out why that sentence got past the book’s editors – and my guess is that no one dared tell the Secretary of State that not ever insider observation is golden.

As a wave of terror attacks haunt London (Piccadilly features heavily in US thrillers about London), Paris and Frankfurt, Ellen considers “the unthinkable” which has been pretty thinkable frankly since page one – namely that the president is somehow colluding or turning a blind eye for raison d’etat.

This demands international co-operation with international figures like Britain’s Prime Minister Bellington, “his hair askew as ever”, immensely popular with the right-wing of his party and the Conservative voting public”. His raddled charm is “replaced by entitlement in random Latin phrases” I have literally no idea who the authors might be thinking of.

President Ivanov of Russia is a snake-like dictator with a tight, mirthless smile: “Maxim Ivanov stood in the middle of the room, not moving. Forcing Ellen to go to him, which she did.” There’s some decent verbal sparring, inspired by Clinton’s testy relations with Putin.

Soon, a sequence of bombs leads Ellen and her sidekick, ex-teacher friend Betsy Jameson, into adventures, sustained by staunch female friendship, Spanx underwear and liberal references to Chardonnay and yoga.

All in all, this yarn could not be more Democrat in its tastes, aversions and self-belief if it wore a blue rosette and was represented by a donkey motif. Ellen might be insufferable were she not also a novice at the job – a press mogul in the manner of the late Washington Post proprietress Kay Graham, who has just turned over the business to her daughter Katherine but can’t escape her tangled family web (not least because they all have important jobs – but hey, that’s a dynasty for you.)

Her boss, the noncommittal President Williams doesn’t much seem to like or rate her (echoes of Obama-Clinton froideur for the watchful). The State Department and secret state apparatus are at odds and everyone is suspicious of each other in the wake of the dreadful misrule of “Eric-the -Dim” aka Eric Dunn, the defeated Republican Shrek who is sulking in Florida while his denizens plot to undo the succession in the “vast rightwing conspiracy” that a younger Hillary Clinton once predicted.

The plot is breathlessly pacey and topical: a Pakistani scientist is on the run and a state department official with a mysterious background in the Middle East receives oddly encoded messages. The race against the global clock heats up as the “state of terror” creeps close to home and domestic machinations criss-crossing the action in DC.

It’s a competent and zippy read, if not first-tier thriller plotting. It does however see the mess the world is in with uncomfortable premonition. The withdrawal from Afghanistan, Ellen tells the President, will be a disaster, bringing yet more opportunities for terror and women and girls left to the Taliban’s untender mercy. “I guess we’ll need a strong, internationally respected Secretary of State to let the Taliban know their rights must be respected,” comes the reply. Good luck with that one, Mr President.

Anne McElvoy is Senior Editor at The Economist