Sarah Everard, police culture and the ‘masculinised’ workplaces we can all help change 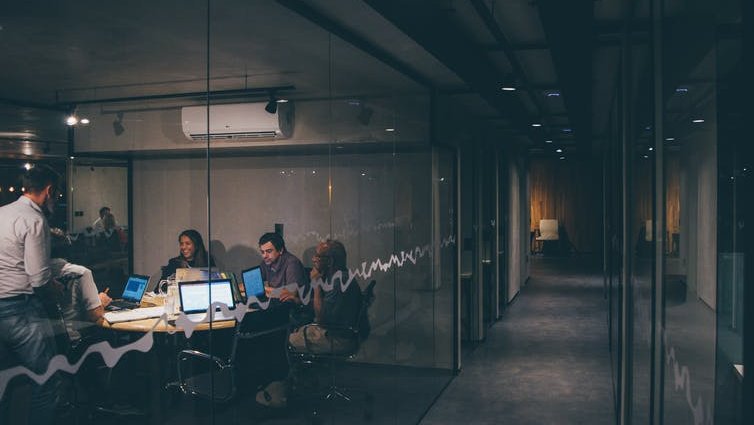 The horrific case of Sarah Everard raises many questions about our society – not least what her killer’s behaviour says about workplace cultures, and the role of organisations in preventing men’s violence against women.

Investigations are underway over allegations that the murderer engaged in a range of sexist and abusive behaviours as a serving police officer that could and should have been addressed by his employer at an earlier stage, and which his colleagues may sometimes have been complicit in.

This is just one among many examples in British policing of sexism, abuse of women, and institutional inaction, which suggest that despite some progress in recent decades, misogyny remains deeply embedded within the forces. Meanwhile, in one of his earliest interviews as justice secretary, Dominic Raab didn’t even appear to understand what the term misogyny means.

The police have also appeared reluctant to reflect on how deep these problems run. That was in evidence when, in the wake of Everard’s death, it was suggested that women should hail down buses if they feel threatened by officers. It’s even more in evidence in the figures recently uncovered by Channel 4 showing that nearly 2,000 accusations of sexual misconduct have been made against police officers in the last four years, and almost two thirds of the complaints were “discontinued”. These revelations led the National Police Chiefs’ Council to accept that some were drawn to join the police “because of the power, the control and the opportunity it affords them”.

This connects to the very composition of the police as an institution. Not only does it continue to be dominated by men, but it also endorses a construction of masculinity which is tough, competitive and unemotional. It is an arm of the state in which using force and aggression is deemed legitimate, and hierarchy and group loyalty are paramount. In a masculinised environment such as this, women both inside and out are often marginalised.

It’s vital that the conversations instigated following this case do not fade away. They should lead to tangible action across society, from both individuals and organisations. And it is not enough for men to dismiss violence against women as something they, personally, would never do and therefore not their problem. They must go beyond this kind of thinking and commit to never excuse or remain silent about violence against women.

The problem may not always manifest in the same ways as it does in the police, but every organisation has a duty to consider how it responds to discrimination, harassment and abuse. Uprooting rigid and restrictive masculine norms and fostering more equal and inclusive workplace cultures is crucial. Employing more women, especially at senior levels, is important, but workplaces also have to be welcoming to women in the first place. Education, training and campaigns among staff can help, not only to raise awareness but to transform unhealthy and sexist attitudes and behaviours.

Looking at the very structures of the organisation is also vital. Are men and women being paid and rewarded differently? Who is in leadership and how did they get there? Are roles and responsibilities divided up in stereotypically gendered ways? These things send messages about who is valued within the organisation and in society more broadly, and the valuing of men’s lives more than women’s is central to violence against women. This is clear both from society’s continued failure to take this violence seriously, and in the entitlement some men feel to behave however they want towards women.

Organisations can thus set an example to others by demonstrating that they prioritise gender equality in deeds as well as words. Take parental leave policies, for example. In practice, cultures are often still based around the “ideal” (male) worker, with career progress strongly linked to full-time, continuous employment. Encouraging more men to take paternity and parental leave can help break down these norms – as can being the parent who stays home if children are sick, moves to part-time working to care for relatives, and simply being listed as the first emergency contact at a child’s school.

Work needed from all of us

Men have a particularly significant responsibility to start calling out harmful behaviour more. This is not least because they continue to dominate positions of power within many sectors, so often control the levers of change.

Men can make a real difference by being allies to their female colleagues, including not going along with sexist and misogynistic behaviour among their peers.

Being proactive about your mental health and work/life needs and those of your colleagues is another step towards changing the working practices that hold us all back, especially during COVID-19. This can undoubtedly require bravery, especially within highly masculinised workplaces, but we cannot stay silent any longer. Men who do challenge restrictive norms may find many colleagues were just waiting for someone else to speak up. We all, after all, have much to gain from workplaces which are more inclusive, supportive and free from rigid gendered pressures.

Of course, organisations may sometimes be reluctant to change. Building gender equality and shifting masculinised workplace cultures means disrupting power relations in which some have a lot invested. Some of the institutions we work within have played a significant role in keeping patriarchy in place for centuries. But this is the kind of change which is necessary across society in order to prevent men’s violence against women. Recent months have shown us that we simply cannot tolerate the toll of this violence any longer.

Stephen Burrell is a trustee for White Ribbon UK and co-chairs the steering group for Changing Relations CIC. He is currently receiving funding from the Leverhulme Trust, and has previously received funding from the Economic and Social Research Council.

Nicole is Vice Chair of the Rape and Sexual Abuse Counselling Centre for Darlington and County Durham.

Sandy Ruxton is on the Steering Committee of MenEngage Europe

2021-10-20
Previous Post: Boris Johnson backs our Give Britain A Booster campaign to get Brits jabbed & save Christmas
Next Post: Graduate Intern Student Services (Wellbeing) at University of Plymouth