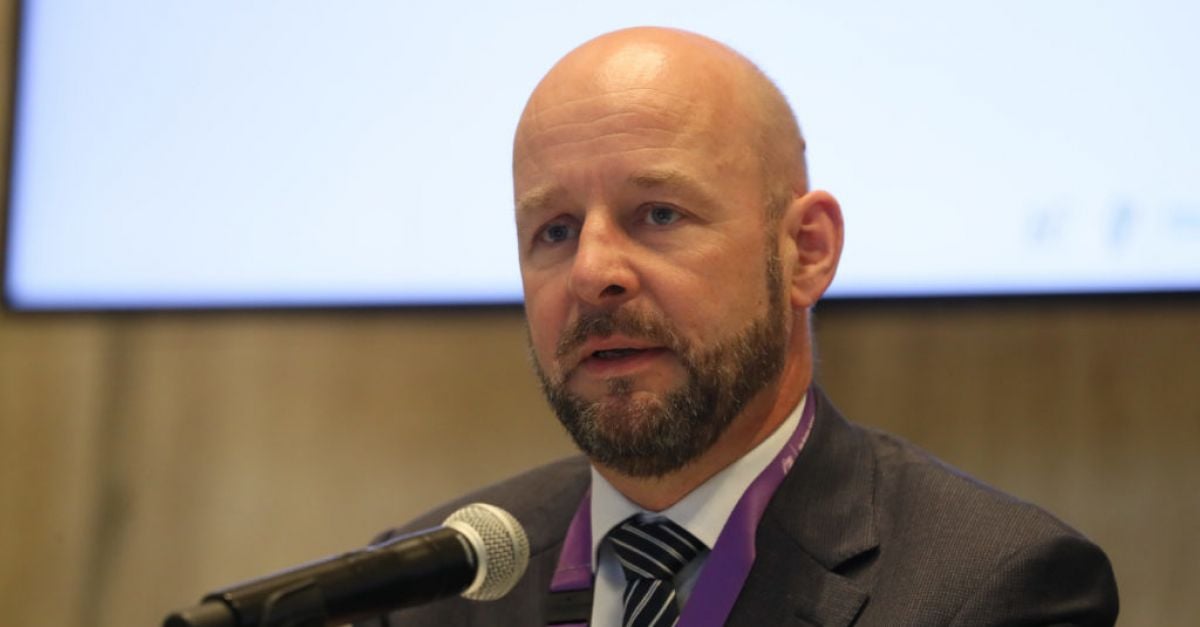 A key public health adviser to the Government has said the coronavirus situation in Ireland is “on a knife edge” amid rising infections and hospital admissions.

Epidemiologist Professor Philip Nolan said the virus was spreading “subtly and slowly” through the vaccinated population, while he also called on the 300,000 people in the Republic who are not yet vaccinated to do so.

His comments come amid increasing doubt within the Government on plans to remove almost all restrictions in just over a week’s time.

The Cabinet is due to evaluate advice from public health officials next week to decide if remaining restrictions can be eased on October 22nd as planned.

Senior officials and political aides were on Wednesday briefed by the National Public Health Emergency Team (Nphet) that the path of infection had taken an unexpected negative turn, and that all key indicators of the disease were now performing badly.

The removal of social distancing guidelines, which would open up capacity in the bar and restaurant sector, and the reopening of nightclubs, are among the final restrictions scheduled to be lifted.

Prof Nolan told RTÉ’s Today with Claire Byrne programme that the protection from the vaccine was “outstanding” but it was not complete.

“Leaving your home with symptoms has to become socially unacceptable like drink driving,” he said.

“You shouldn’t mix if you have any symptoms, you’re better off not working as you could infect the one in ten unvaccinated people,” he added.

Prof Nolan said Nphet would have to wait for a few more days to gather more data to make an opinion about the easing of restrictions on October 22nd.

“We need to look at the data to see how the numbers are evolving over time. The concern is that it is growing, but it depends on the type of patterns, what is influencing the numbers,” he said.

The current situation was one of the scenarios that had been modelled, he said, “we had hoped it wouldn’t happen”. The demand in tests in the past few days was an indication that things “are not going in the right direction”.

There was a concern that the positive cases being identified now could transfer into hospital admissions in the next week .

“Society needs to encourage people to take the vaccine, that would reduce the level of infection and protect others from hospitalisation”.

Earlier, the Minister for Foreign Affairs said the recent rise in Covid infections was a “warning shot” for the Government.

“Sometimes Government has to make the right decision even if it is unpopular,” Simon Coveney told Newstalk radio.

Mr Coveney said it was possible that certain restrictions would not be lifted, but that any decision would be on the basis of advice from public health experts and the available data.

“I think the Government will be slow to move away from the plan that we outlined many weeks ago. But I think this is essentially a warning shot, that there is still a significant level of Covid infection in society in Ireland,” he said.

“We can’t just ignore something because it’s not popular,” he added.

Mr Coveney said nobody in the Government wanted to move from the plan for the easing of restrictions, but there was a responsibility to listen to the science and the experts.

Immunology expert Professor Christine Loscher said the easing of restrictions should go ahead on October 22nd, but that vaccine certificates should be retained as a mitigating measure.

Keeping the existing rules on using vaccine certificates for entry to indoor venues will minimise the impact of the opening up of society, she told RTÉ’s Morning Ireland on Thursday.

Case numbers had increased in recent weeks, she said, as people began to behave differently in anticipation of the lifting of further restrictions on October 22nd.

Prof Loscher said measures such as mask wearing should be maintained as she had noticed a decrease in their use recently.

“We need to accept that people get sicker in winter in general. They are mixing indoors in closed environments. That’s to be expected,” she said.

Vaccines had provided a wall of protection which meant even if people contracted Covid they would have mild symptoms and not require hospitalisation.

The experience in countries like New Zealand had shown that zero Covid was not possible, but if the vaccination campaign continued “at some stage it will level off.”

Meanwhile, the Covid lead for the Irish College of General Practitioners, Dr Mary Favier, said the rising number of Covid cases had caused “a ripple of anxiety” for GPs as non-Covid care had been “displaced”.

GPs have noticed “a slow rise” in cases in recent weeks, she told Newstalk. This has led to more hospitalisations and more Covid patients in ICU beds “displacing” non Covid patients.

This was against a background of the good vaccination levels which was a concern for hospital capacity and treatment for non-Covid patients.

Dr Favier pointed out that Kerry University Hospital had been “turning patients away” because there were no beds available.

“This is déjà vu. It’s all about hospital capacity,” she said.

It was difficult to understand what was happening, she said. “There must be something in our behaviour, how we’re acting,” as Ireland’s cases were far higher than other European countries.

Full easing of restrictions in doubt as Covid numb…

“We are victims of our next door neighbour. There is a UK factor,” she added.

There were still “a good few” people who were not vaccinated and they were the ones who were getting sick and ending up in hospital and in ICU, warned Dr Favier. She was particularly concerned about the unvaccinated over-50s and encouraged them to get vaccinated.

Nphet is to meet next Monday before giving advice to Government. Further advice on booster shots is also expected in the coming days.

Meanwhile, Minister for Health Stephen Donnelly is self-isolating after showing mild symptoms of Covid-19, although in a test the virus was “not detected”, his department said.

2021-10-14
Previous Post: Beyond GDP: here’s a better way to measure people’s prosperity
Next Post: Book sales have soared since the pandemic – but the industry must adapt to engage with new readers