Beyond GDP: here’s a better way to measure people’s prosperity 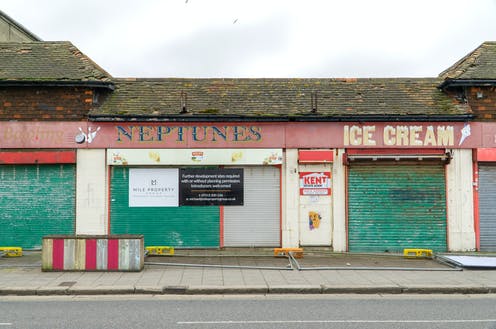 When Nobel prize-winner Simon Kuznets declared in 1934 that “the welfare of a nation can scarcely be inferred from a measurement of national income”, he likely did not imagine that gross domestic product (GDP) would still be in use as shorthand for wellbeing and prosperity in the third decade of the 21st century.

Kuznets developed GDP as a means of measuring the impact of the great depression. It enabled governments to track any increase or decrease in their nation’s wealth as represented by the value of goods and services produced, and became increasingly important as governments estimated the cost of waging the second world war.

Today, the inadequacy of GDP as a measure of prosperity is clear. Data from the Office for National Statistics (ONS) for the decade up to 2019 shows that the UK’s annual growth in GDP averaged just below 2%. By comparison, income inequality increased by 2.2% over that ten-year period and the ONS’ annual average ratings of life satisfaction, happiness and anxiety all deteriorated in the year ending March 2020. This trend of rising income inequality despite GDP growth reveals that not everyone is reaping the benefits of this growth, nor leading a prosperous life, demonstrating that GDP is a poor proxy for citizens’ wellbeing.

With “levelling up” and regional prosperity now central to the UK government’s thinking, the Institute for Global Prosperity (IGP) has been working with a team of citizen social-scientists and community organisations in east London to create a completely new definition of prosperity. Rather than the outmoded measures of growth, productivity and income, our research identified 15 headline indicators – a “Prosperity Index” – that reflect the actual experience of wellbeing and security for people in these places, and the things that constitute a good quality of life.

In the neighbourhoods around the Royal Docks and the Olympic Park, we discovered that secure livelihoods, access to key public services, good quality and genuinely affordable homes, and a sense of inclusion in the economic and social life of the city are the foundations for a prosperous life. You don’t get any of this from the targets for job creation and road building, which the government believes will lead to improved quality of life.

To build on this research we have begun a new ten-year study to observe how households in 12 post-industrial east London neighbourhoods report on their own prosperity over the coming decade.

The study is mainly focused on neighbourhoods that have been directly impacted by Olympic legacy regeneration. This initiative aimed to close the gap in prosperity and prospects between the poorest parts of east London and the wealthiest areas of the city. However, our decade-long study will be the first time people – rather than abstract metrics – have been used to evaluate the impact of regeneration.

Self-reporting will enable us to accurately assess the long-term effects of social, economic and physical change on individual and community prosperity, with the first findings due to be published ahead of the 10th anniversary of the London Olympics in 2022.

We believe the study will challenge the established view that individual prosperity increases in line with job creation and economic growth, and is the first in the UK to track households using the IGP’s local Prosperity Index. Over ten years the study will produce local evidence about prosperity as it is felt and experienced by people, rather than centrally determined statistics about the number of houses built or jobs created.

Measuring the impact of regeneration

Although strategic urban regeneration programmes are designed with increasingly complex social and economic objectives in mind – such as tackling unemployment and enhancing economic inclusion – there is a lack of research evaluating the outcomes and impacts of regeneration.

This is partly due to the way the government measures prosperity. Because large infrastructure projects like HS2, the Olympic Park and Birmingham’s Big City Plan increase GDP, the UK government can claim economic progress and wealth creation.

Our ten-year study takes a different approach by measuring prosperity based on the priorities of local communities and involving local people to answer three questions:

1. How are “prosperity gains” from regeneration distributed within and between neighbourhoods?

2. How is prosperity experienced by people from different backgrounds living in different neighbourhoods?

3. What are the local, short, medium and long-term issues that enable people to prosper?

New ways to level up

Early evidence suggests the UK government’s approach to levelling up will once again heavily depend on the same tired approaches – like targets for house building and job creation that have failed in the past to resolve regional and local inequalities and address social and economic exclusion.

Involving local people in the process creates a new way to understand, conceptualise and measure prosperity, inform local decision-making and equip communities with the tools, evidence and confidence they need to monitor progress and hold decision makers to account.

I hope for the best from the imminent levelling-up white paper. But old habits die hard, and the graveyard of prosperity initiatives is already overflowing.

Henrietta Moore does not work for, consult, own shares in or receive funding from any company or organization that would benefit from this article, and has disclosed no relevant affiliations beyond their academic appointment.