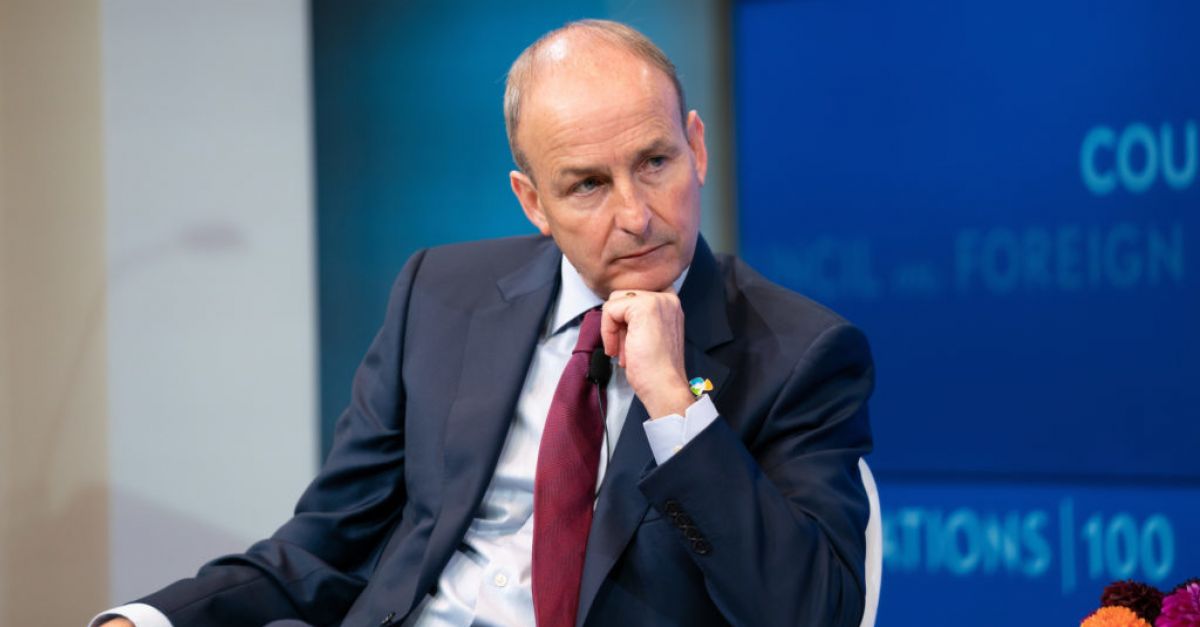 The Taoiseach has said there has been “significant progress” in negotiations on a new global corporation tax deal.

The Government is expected to agree to join the Organisation for Economic Co-operation and Development (OECD) agreement on a minimum corporate tax rate of 15 per cent.

Mr Martin said there was progress on the “at least 15 per cent” clause, which had led to fears of a higher minimum rate.

It could now be removed from the OECD’s draft text for the agreement.

“I think it is positive in the sense that we were seeking that change in the removal of ‘at least’, so that represents very significant progress in terms of the evolution of this deal within the OECD. We have been part of the OECD process for quite a considerable length of time.

“Our challenge as we said at the outset was to maintain certainty around tax for investors and for companies that are located here. This text goes a long way towards meeting those objectives that we set ourselves whilst also remaining competitive in terms of what we have to offer.”

“My experience of FDI [Foreign Direct Investment] companies to date and those I have met over the last six months is still positive towards Ireland, we are still winning a lot of investment. There is a strong pipeline in relation to investments.”

Foreign Affairs Minister Simon Coveney said on Wednesday he was “hopeful” Ireland would be able to sign up to the deal.

Ireland is one of just a small number of countries not to have signed up to the deal, but has come under increasing international pressure to do so.

Mr Coveney said: “[Finance] Minister Paschal Donohoe will bring forward a recommendation on the basis of the latest text that’s going to be finalised for an OECD meeting that’s happening on Friday.

“The expectation now is that the OECD meeting on Friday will finalise a new framework and basis for international corporate tax.

“I am hopeful that Ireland can be part of supporting this new measure, but we have to wait for for the final text, which hopefully will be available later on this evening.”

Mr Coveney repeated a fear, expressed by other senior Government figures in recent weeks, that failure to back the deal would isolate Ireland in the international community.

“Ireland does not want to be isolated in this space, but at the same time we certainly want to ensure that the view that we have in relation to tax, which is a view that many other small countries rely on us to to make, is properly heard.

“We have asked for some reasonable changes that can provide as much certainty as possible in terms of managing the Irish economy going forward,” he told RTÉ.