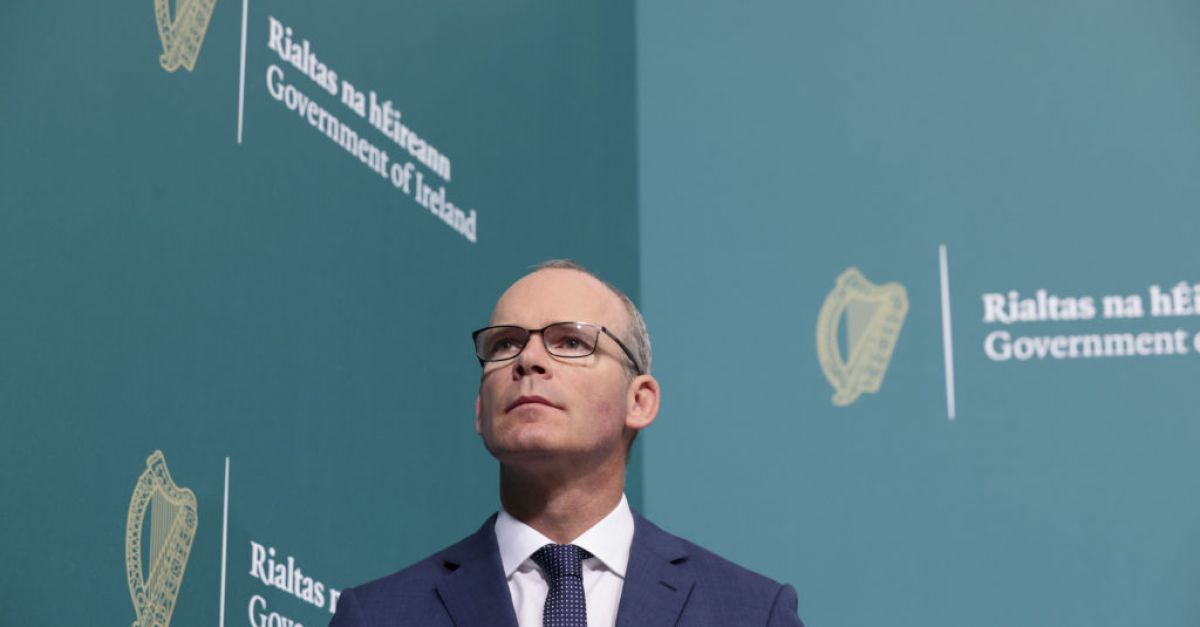 Minister for Foreign Affairs Simon Coveney has survived a motion of no confidence after the Dáil voted confidence by 92 votes to 59.

Controversy surrounding the failed appointment of former government minister Katherine Zappone as a special envoy to the United Nations led to the motion of no confidence in Mr Coveney being tabled by Sinn Féin.

Amid lengthy debate on Wednesday evening, the Dáil heard a claim from Sinn Féin TD Matt Carthy that Minister for Further and Higher Education Simon Harris was the Cabinet member who leaked the proposed appointment of Ms Zappone.

Mr Carthy claimed that “rather than dealing with the debacle, Fine Gael were running a sting operation to expose that Simon Harris had leaked the appointment from the Cabinet meeting because that is how business is done.”

“Appointments to public bodies right up to the Supreme Court are decided not by what you know, but who you know,” he added.

A spokeswoman for Mr Harris said later “this was a clear misuse of Dáil privilege and it is untrue”, according to The Irish Times.

The Government’s counter motion of confidence in Mr Coveney was passed on Wednesday night with the support of a number of Independents.

The debate began just minutes after TD Marc MacSharry resigned from the Fianna Fáil parliamentary party, saying he intended to vote no confidence in Mr Coveney. Taoiseach Micheál Martin said he “regrets the resignation and wishes Marc well” in a statement.

As the Dáil debate opened, Mr Martin accused Sinn Féin of tabling the motion of no confidence to get publicity and deliver “populist partisan attacks”.

Tánaiste Leo Varadkar meanwhile accused the party of attempting to “hound a decent man out of office for cheap publicity”.

Mr Martin said there was “no question or debate” about the substantive issues in the Zappone controversy.

“They are uncontested,” he said. “The position involved was intended to be part-time and awarded no permanent benefits to anyone.

“There is no allegation of a benefit being sought for or conferred on any office holder, and ultimately as we know, no-one was appointed to the role.”

However, Mr Martin added that the matter was a “perfectly legitimate issue of public concern” and said the creation of the envoy role and appointment process was “handled carelessly and badly.”

Sinn Féin president Mary-Lou McDonald, whose party moved the no-confidence motion against Mr Coveney, said they were acting against “the culture of cronyism at the very heart of this government”.

She said the motion was brought “because the Taoiseach refuses to do his job, he refuses to hold Minister Simon Coveney to account”.

Ms McDonald claimed Mr Coveney “sought to make up a job for a friend and a former colleague, and when caught red-handed he went about covering his tracks”.

“This is by any standard an abuse of office and Sinn Féin was left with no option but to move a no-confidence motion,” she said.

She accused Fianna Fáil, Fine Gael and the Green Party “to cast this fiasco as a non-issue” and said the issue “goes to the heart of how politics has been conducted in this state for decades”.

Speaking in the Dail as TDs debated confidence in him, Mr Coveney said he “should have and could have dealt with” controversy around the appointment of Ms Zappone “much more comprehensively in early August”.

He said he had not taken the issue seriously enough and was “too defensive” in interviews, allowing “speculation to drift into a political narrative that does not reflect the truth of what actually happened.”

Mr Coveney said in 23 years in politics, he made mistakes but that he has never had his integrity questioned “in the way that it has been in the last month leading to this debate”.

“I regret this issue has distracted from the important work that we’ve been trying to do and for the mistake made by me in advance of the cabinet decision, and subsequently in terms of not clearing these issues up earlier,” he said.

“I’ve apologised to the Taoiseach and my colleagues, and I do so again this evening to everybody in this house.”

Mr Coveney defended his decision to appoint Ms Zappone as a special envoy “following an extensive process, [which] was in no way corrupt or dishonest”.

“It was a genuine effort to add to the credibility and effectiveness of Ireland in an area of promoting human rights and freedom of expression,” he said.

Among those who expressed support for Mr Coveney was the Tánaiste, who said it was “an honour” to express his full confidence in his “friend and colleague”, adding he “knows nobody more committed to public service”.

Mr Varadkar said Mr Coveney “made mistakes when it came to the appointment of Katherine Zappone as special envoy” that he had acknowledged and apologised for.

Marc MacSharry resigns from Fianna Fáil ahead of C…

He stressed “the need for balance”, paying tribute to Mr Coveney’s work on the New Decade New Approach deal in January 2020 which led to the restoration of the Stormont Assembly and referenced his role in Brexit negotiations.

“Sinn Féin knows the work that he put in to ensure there was no hard border in Ireland yet they seek tonight to hound an honourable man out of office for cheap publicity and political gain,” he said.

Green Party leader Eamon Ryan also expressed his backing for Mr Coveney, describing him in politics as “tough, gruelling but fair, knowledgeable, committed and sincere in all the dealings that I have had with him”.

He added that Brexit has proven “what a capable foreign minister he has been and is at this present time”.

2021-09-15
Previous Post: Grammar still matters – but teachers are struggling to teach it
Next Post: North Korea, nuclear proliferation and why the ‘madman theory’ is wrong about Kim Jong-un