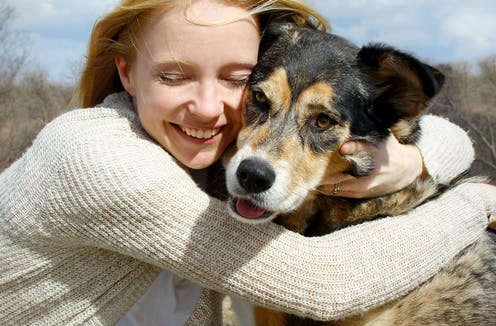 From local parks to celebrity neighbourhoods, “pet theft” is on the rise. The violent abduction of Lady Gaga’s French bulldogs, Koji and Gustav, brought this problem further into the spotlight.

The UK government announced plans to criminalise pet theft, which has grown during the pandemic as more people bring companion animals into their homes.

This law will undoubtedly offer greater protection to pet theft victims. It will ensure that they have additional rights to compensate for the emotional distress of losing a companion animal that may have been considered a member of their family. But while animal lovers will celebrate this as a step in the right direction, it may not be the victory that they would hope for.

By criminalising pet theft, the government wants to recognise that it is a serious crime, that animals are more than mere property, and that the law should protect their welfare.

The government claims this law prioritises animal welfare. Yet some animal law and ethics researcher suggests that it does not go far enough. In fact, the approach to animal welfare taken by the UK government may actually harm animals in the long run, for a few reasons.

First, the law will continue to treat animals as property, as most legal systems do. Animals will still be owned, bought and sold, as they always have been. We might have a growing cultural awareness that animals are unique individuals with rich inner lives. But stealing a dog is viewed in law much like the theft of a laptop or backpack.

This is true even though the UK government has agreed to formally recognise the sentience of animals in law. So our legal system tells us we should protect animal welfare, but also that they continue to be subject to the laws of property. Many animal law experts argue that these two positions are incompatible and that truly recognising animal sentience in law requires giving animals legal rights or similarly strong protections that go further than just protecting animal welfare.

In the UK, the Animal Welfare Act imposes a duty to ensure an animal’s welfare needs are met. The act specifically states that this duty does not prevent the “destruction of an animal in an appropriate and humane manner”. What this looks like for farmed animals and companion animals is very different in practice.

It is common to think of appropriate and humane killing of a companion animal occurring when their health is failing significantly or when they are experiencing immense suffering. However, this is not the case for farmed animals, which are routinely killed when young and healthy.

This is reflected in western culture more generally. Most people care more about some animals than others. The majority of people in the UK would be horrified at the idea of eating a cat or a dog, but not at the idea of eating a chicken. This is despite the fact that these species have comparable interests in thriving, living freely and not being eaten.

So, while we make progress in offering further protections in the case of companion animals, improving animal welfare for farmed animals is much more difficult to achieve. This is due to the different interests at stake, not least those of the farmers whose livelihoods depend upon raising animals for slaughter.

A final issue is that criminalisation may not be the best route to achieve animal protection. Animal law researcher Justin Marceau has written about the harms caused by the problem of mass criminalisation and incarceration. Marceau believes that using this model to protect animal welfare will only contribute to the problem of overfull prisons and underuse of community-based responses to crime.

Marceau proposes that we think about animal protection in terms of systemic solutions rather than reactive ones. Our current legal and sociopolitical systems mean that some animal harms are criminalised while others are facilitated and even encouraged by our legal and sociopolitical systems. To fix this, we must improve the treatment of all animals in law, rather than reacting to individual issues (like pet theft) in a way that results in disparate levels of protection for animals depending on how humans use them.

An “animal thief” may be imprisoned for stealing a dog, causing an isolated episode of suffering. At the same time, the law would not punish that same person for ending the lives of animals as a slaughterhouse worker. We could address this through more work improve the welfare of animals used in various industries.

Who is the law for?

You need not align with the values of veganism, nor believe that animals should have rights, in order to recognise the inconsistencies in the law here. Declaring animal sentience but maintaining animals’ property status is a contradiction in terms.

Offering more protections to companion animals than farmed animals, despite the fact that they have similar interests, betrays the fact that these laws are based on human-centric social and cultural biases. So, they may not be focused on protecting animals in the way the government claims.

So, before celebrating this new law as a win for animals, we must ask who is being served by new laws like this. Arguably, this law focuses too heavily on the interests of victims like Lady Gaga, when it ought to be more focused on improving the lives of dogs like Koji and Gustav. And perhaps the law should start to incorporate more large-scale, proactive changes to protect the billions of farmed, laboratory and other animals that remain nameless.

2021-09-13
Previous Post: Tokyo’s Olympic legacy: Will hosting the Games have benefitted local communities?
Next Post: Afghanistan: women are at the forefront of protests against the Taliban