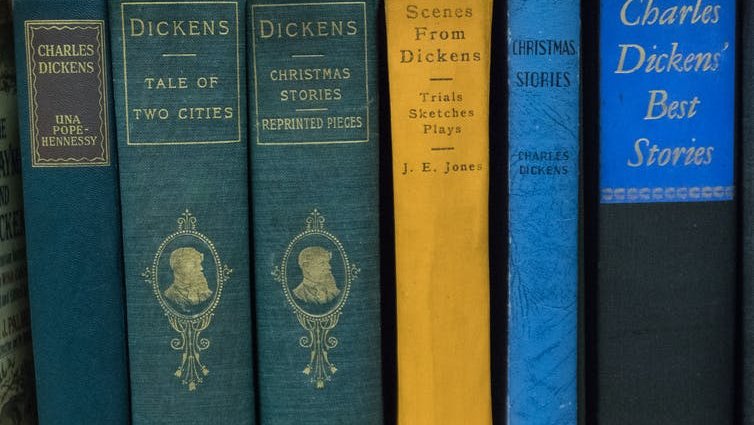 What do you do with a young man convicted for being in possession of a bomb-making manual? A count of possessing information likely to be useful for preparing an act of terror can carry a jail term of up to 15 years. But 21-year-old Ben John wasn’t sentenced to prison: he was sentenced to read English canonical literature.

The judge in his case told him to go away and read books such as Pride and Prejudice by Jane Austen, A Tale of Two Cities by Charles Dickens, and Shakespeare’s Twelfth Night. The defendant was also told to “think about” Thomas Hardy and Anthony Trollope.

Unsurprisingly, many questioned why a young white man appears to have been treated very differently to countless young people with brown skin with similar convictions. John had been identified as a terror risk shortly after his 18th birthday. He was referred to the counter-terrorism programme Prevent but continued to harbour Nazi sympathies and extremist views about gay people, immigrants and liberals. He was found to have over 10,000 right-wing and terror-related files on his computer. Would he have avoided prison if his conviction was for extremist Islamic views?

Then comes the question of whether sentencing a criminal to reading the British canon can ever be a viable option.

There are programmes in the US where youth offenders are “sentenced to Shakespeare”, which seem to be effective in reducing offending. But these operate in a group-therapy-like environment and involve giving high-status literature to young people who are likely to be disengaged from schooling. Their success may be more to do with changing how young people view themselves and their chances of success – both educationally and in life more generally.

Reading Dickens and Austen is not group therapy – and John was not engaged in criminal behaviour because of his lack of successful engagement with the education system. Before being arrested, he had been studying for a degree in criminology.

Another justification for John’s sentence could be the association between reading literary fiction and developing empathy. However, a recent study has suggested that although such a programme could result in the person developing empathy, reading literary fiction may also result difficulty separating knowledge gained from real-life experience and knowledge gained from fiction. This is arguably not a risk worth taking with someone convicted of extremism.

When people argue that developing empathy is important in criminal rehabilitation, it is based on the assumption that empathy is central to developing morality, increasing sociability and decreasing aggression. But the relationship between empathy and morality is not a simple one. Empathy can, for example, increase preference for members of your own group, which is, again, not at all desirable among extremists who are known to already harbour prejudices against other groups of people.

The association of canon literature with morality and moral improvement is longstanding. The poet Matthew Arnold talked of the canon as “the best that has been thought and said” when recommending a course of reading (“culture”) to improve the morality of the less-educated classes.

When he was education secretary, Michael Gove picked up on this in his reforms of the English GCSE. He argued in a speech in 2011 that citizens need to be “schooled in virtue” and that we can get this virtue from the classics:

Whether its Austen’s understanding of personal morality, Dickens’ righteous indignation, Hardy’s stern pagan virtue, all of these authors have something rich to teach us which no other experience, other than intimate connection with their novels, can possibly match.

Notably, his list of authors features the same names as those endorsed by the judge in Ben John’s case. But it’s highly questionable whether the “morality” of the classics would challenge a white supremacist homophobic extremist.

These novels are the mainstay of an era in which the discipline of English literature was being created and taught across the British empire as a means of “civilising” the conquered peoples and imbuing them with a sense of the superiority of the British, using education as indoctrination. Can the same diet of reading be deployed to counter white supremacy now?

Dickens speaks to inequality and the mistreatment of the poor, but his concern for the liberal causes at home was utterly undermined by his racism and disdain for non-white subjects of the empire abroad. Austen’s Mansfield Park may address slavery a little, but the lessons of Pride and Prejudice are largely about not trusting or marrying the wrong person.

If we accept the reasoning for sentencing to literature at all, or if the aim is to educate, a much better list of books for an anti-gay white supremacist could be created with a moment’s thought. Perhaps the judge should also consider them – the Booker longlisted The Fortune Men by Nadifa Mohamed, or The Good Immigrant, or David Olusoga’s Black and British: a Forgotten History. Or the new anthology on LGBTQ+ rights We Can Do Better Than This would be a good option, too – or Alan Hollinghurst’s Swimming Pool Library, to name but a few.

Velda Elliott is affiliated with Lit in Colour, the Penguin Random House & Runnymede Trust campaign to diversify the English curriculum in schools.