COVID-19: why it’s time for the UK to start sharing its vaccine doses 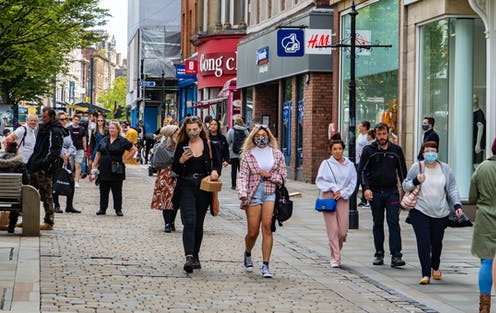 As soon as the UK’s vaccination strategy started proving successful earlier this year, arguments in favour of sharing excess COVID-19 vaccines with other countries began to appear. Yet over six months later, barely any vaccines have been sent overseas from Britain, despite it having ordered over half a billion doses – many, many more than it needs to fully vaccinate its population.

This is puzzling. The UK’s COVID-19 vaccine coverage is among the highest in the world. Meanwhile, other countries are suffering from vaccine shortages and are calling for help.

Besides the humanitarian issue, the UK is failing to gain an international advantage from its speedy vaccine rollout. In contrast, China and Russia have been using “vaccine diplomacy” to enhance their soft power abroad. Some western countries, such as the US, are now joining in.

Britain, meanwhile, has not pursued any meaningful pandemic-alleviation policy overseas. Its support of Covax, the global vaccine-sharing programme, has been in word not deed. The nation’s financial contribution to Covax stands at around 0.18% of pandemic-related borrowing, and while 100 million vaccine doses have been promised to Covax, only 9 million have been sent.

This inertia isn’t limited to the government. While some survey-based research indicates public support for vaccine sharing, other data on public preferences – such as petitions – suggest limited interest in vaccine giving, with slightly higher support for waiving vaccine patents than for sharing actual vaccines.

There is a tension between the British public’s and government’s declared commitment to vaccine diplomacy and their actual behaviour, which indicates indifference or perhaps even hostility to the issue.

There are several reasons why vaccine-sharing needs to be stepped up. Above all, many people are still vulnerable to COVID-19 at a time when cases are peaking once again. Allowing cases to carry on surging overseas also risks COVID-19 returning in places where it has been suppressed and provides the conditions for dangerous new variants to emerge.

The UK also owes it to younger people to send doses overseas. Being at a low risk of severe COVID-19, young people have gained the least and lost the most as a result of restrictions to contain the virus. For the sake of intergenerational justice, we should aim to return the world to normal as quickly as we can.

There’s also a more subtle influence that I think sharing vaccines could have. Britain’s pandemic response has been characterised by the introduction of emergency measures – a process known as “securitisation” – where the rules of ordinary, well-established politics have been put aside in order to deal with the extraordinary threat of COVID-19.

This has demanded exceptional tactics such as lockdowns and furlough, which have come at a cost. Emergency politics have a tendency to usurp what is politically good, prioritising survival over democratic decision-making.

In the UK, for instance, they have resulted in the revoking of competitive tendering rules for government contracts. They’ve also narrowed what can be said about COVID-19 in the public sphere, limiting free speech on the issue. It’s therefore best to end emergency politics as soon as they aren’t needed – though transitioning out of them is often a tricky and drawn-out process.

On the grounds of what we know about emergency politics in general, I think that donating vaccines overseas could be a useful way of signalling that it’s time for the UK to stop focusing singularly on the extraordinary threat of COVID-19. Doing so might just help the UK exit its emergency thinking and return to something like normality.

Of course, this is secondary to the direct impact that donating vaccine doses would have. They would make a crucial difference to people’s lives around the world by protecting them from what can be a deadly disease. But if the UK did decide to increase its COVID-19 vaccine donations, it might find that it enjoys some additional benefits.

Kamila Stullerova does not work for, consult, own shares in or receive funding from any company or organization that would benefit from this article, and has disclosed no relevant affiliations beyond their academic appointment.