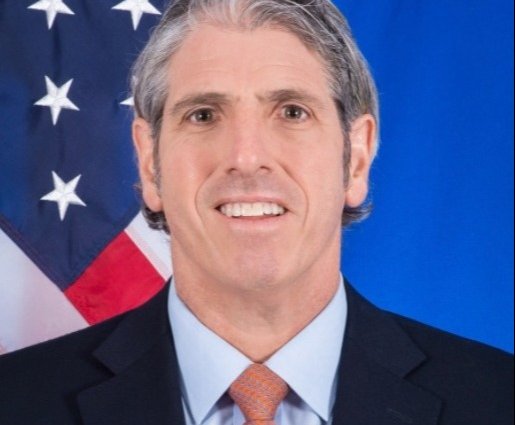 STATE Department officials were warned not to look into the Covid-19 “lab leak” theory because it would “open a can of worms” for the US.

Leaders were told that looking into the origin theory would bring too much attention to the US funding of gain of function research in China, according to a new report.

A memo obtained by Vanity Fair shows that Thomas DiNanno, former acting assistant secretary of the State Department’s Bureau of Arms Control, Verification, and Compliance, wrote about being told not to pursue the possibility.

In the memo, DiNanno wrote that staff from two bureaus “warned” leaders within his bureau “not to pursue an investigation into the origin of Covid-19” because it would “open a can of worms if it continued.”

In one State Department meeting, officials said they were explicitly told not to look into the Wuhan Institute of Virology’s gain of function research or say anything that may point to the US role in it.

The Institute of Virology is at the center of the Wuhan lab leak theory.

The lab leak theory has been gaining more momentum after it was revealed that three staffers at the Wuhan lab became ill in November 2019 and had to be hospitalized and that the US had sent money to the lab in the past.

DiNanno told the outlet that the State Department first got wind of the sick lab employees in the fall of 2020, and began looking into the institute again.

“These were not janitors,” DiNanno said. “They were active researchers. The dates were among the absolute most arresting part of the picture because they are smack where they would be if this was the origin.”

But the officials looking into the lab leak possibility were once again met with roadblocks, the outlet reports.

In May, Dr Anthony Fauci admitted that the National Institutes of Health allotted $600,000 for the Wuhan lab over a five-year period to study whether bats could transmit coronaviruses to humans, which many initially believed was how the Covid-19 pandemic began.

Fauci told a House Appropriations subcommittee that the money was used for “a modest collaboration with very respectable Chinese scientists who were world experts on coronavirus.”

He denied that any US cash went towards “gain of function” research, a practice that involves taking a virus that can infect humans and making it either more transmissible or pathogenic for humans.

Fauci maintained that funding the research was necessary, citing the SARS outbreak of the early 2000s.

At the United Facts of America: A Festival of Fact-Checking event last month, Fauci was asked if he’s still confident that the virus developed naturally.