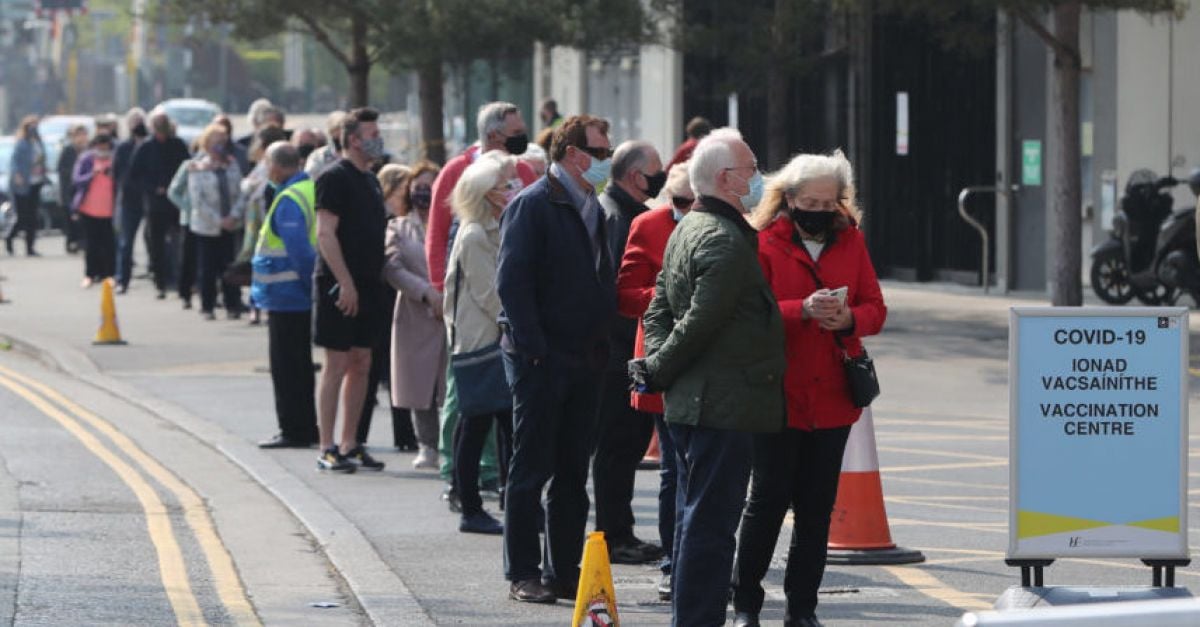 A further 10 deaths and 426 cases of Covid-19 have been confirmed in the Republic.

Of the deaths reported on Tuesday, four occurred in April, five occurred March and one in February. The median age of those who died was 84 years and the age range was 77 to 97 years.

Of the cases notified today, 74 per cent are under 45 years of age and the median age is 29 years old.

As of 8am this morning, there were 153 Covid-19 patients hospitalised, including 47 in intensive care. 10 additional hospitalisations were seen over the past 24 hours.

The figures come after a day of developments for the State’s vaccination programme, with the Minister for Health commenting that updates would allow the rollout to progress “full steam ahead”.

This afternoon saw the Cabinet sign off on a number of recommendations from the National Immunisation Advisory Committee (Niac).

Under the updated plan for the State’s vaccine rollout, both the Johnson & Johnson and AstraZeneca vaccines will be administered to people aged 50 and over, in a double boost for the progamme.

Those under the age of 50 who had a Covid-19 infection in the previous six months and are not immunocompromised will also be considered “fully vaccinated” after a single dose of a vaccine.

Pregnant women between 14 and 36 weeks’ gestation are also set to be offered a mRNA vaccine from Pfizer or Moderna.

With the new decisions aiming to enable a quicker rollout, the programme still experienced a setback on Tuesday with confirmation that deliveries of the single-shot Johnson & Johnson vaccine will be halved for the rest of this month.

Last week saw more than 180,000 vaccines administered, as those aged 65-69 now beginning to receive their first dose of the vaccine.

The Government said on Tuesday that the State’s vaccine programme was a “key enabler to the reopening of society and the economy and continues to progress well, with over one million of our citizens now having received the first dose of the vaccine.”