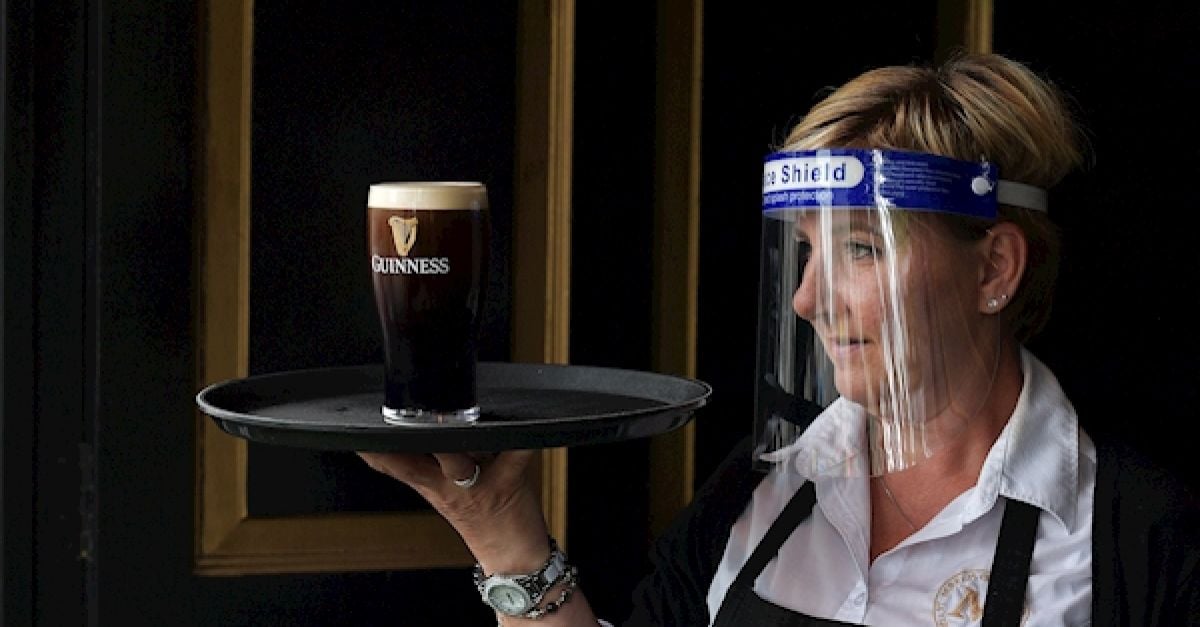 Staffing issues are an ‘enormous concern’ for publicans as the possibility of reopening looms, according to the chief executive of the Licensed Vintners Association (LVA).

Even after the Government announced an easing of restrictions yesterday evening, it is still unclear when pubs and restaurants will be allowed to reopen.

Speaking to BreakingNews.ie, LVA chief executive, Donall O’Keefe said: “The traditional wet pubs have been closed for over a year now, and it is the longest lockdown in Europe.”

“Getting back staff after such an extended period is going to be a huge challenge. When it comes to the food pubs, they are in their third lockdown now.

“What we found with gastro pubs is that it is harder to get staff back every time we reopen. The reason being is that lot of staff have left the country or left the industry all together.”

Advertisement
The LVA are concerned about constructions reopening before hospitality and that they could lose more workers to construction. Photo: Getty Images

He said a lot of people involved with the LVA are concerned about construction reopening before hospitality as well, because they could lose more workers to it.

In his eyes, the industry as a whole is in a very “weak state” and it is very important that the Government give the hospitality sector and idea of when they can reopen, he said.

The LVA has approximately 600 members and represents over 75 per cent of all pubs in Dublin and Bray.

Even when they get the green light to reopen, the trade will need to be given time to recruit and train new staff.

Currently, pubs and restaurants are still only allowed to provide takeaways and delivery. Outdoor and indoor dining are not permitted under Level 5 restrictions.

Mr O’Keefe is calling on the Government to indicate the level of herd immunity needed to allow pubs to reopen. He said if they can understand that, then they can start to plan ahead.

Despite there being a silver lining regarding the vaccination rollout, there are a number of pubs that just will not be able to reopen.

As he said “We are aware of 14 Dublin pubs that will not reopen at this stage, and we will have to wait and see how many more will be in a similar situation.”

While there have been some businesses that had to close for good, for those who have managed to stay afloat, the Covid Restrictions Support Scheme (CRSS) payment has been a “lifesaver” for many pubs, Mr O’Keefe said.

Revenue says eligible businesses can make a claim for a payment known as an Advance Credit for Trading Expenses (ACTE).

The Wage Subsidy Scheme has also been an important support for businesses, he said it should also be extended to 2022 to allow businesses to full recover from being closed. Photo: Getty Images

Mr O’Keefe is now calling on the Government to double that payment because of the extended nature of the closures.

The Wage Subsidy Scheme has also been an important support for businesses, he said it should also be extended to 2022 to allow businesses to fully recover.

The big difference for reopening this time around is that fact the vaccine rollout could reduce extra costs for pubs and restaurants.

If they reopen in June and 80 per cent of the population is vaccinated, there will not be the same precaution surrounding PPE and social distancing.

‘Wet pubs’ will be allowed to hold live-music sess…

As Mr O’Keefe said: “We are assuming that when herd immunity is reached there should be no restrictions. However, we are still waiting to see what the public health advice is around that.”

As more and more people become vaccinated there is more of an opportunity for those who are inoculated to return to pubs and restaurants.

As we have seen recently, cinemas are looking at offering vaccine-only screenings for those who have recently got the jab.

This is something LVA members would be keen to do as well “We obviously we want to do that and make that available, but we are just waiting for the Government’s decision. We would be open to any scenario that means we can get open and trading again really,” he said.