‘Only junkies’: how stigma and discrimination link to rise in drug deaths among Scotland’s poor 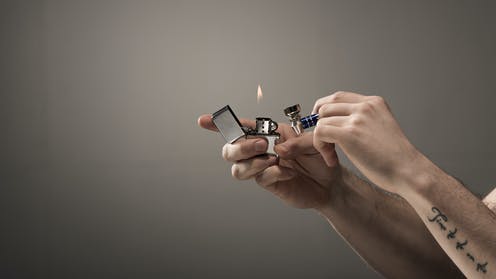 For more than a decade, drug-related deaths (DRD) in Scotland have been rising – alongside evidence which suggests that the country has had much less success in treating and supporting people who use drugs compared to the rest of the UK and Europe.

For the last few years the rise in drug deaths was attributed to an ageing community of drug users, and unemployment stemming from UK government economic policy during the 1980s.

In 2018, a team at the University of the West of Scotland (UWS) investigated the ageing drug user narrative, which – since 2017 – the Scottish government has considered to be anyone over the age of 35. We found evidence that the majority of drug deaths occurred among people living in specific postcode areas associated with high rates of inequality, while just 4% of deaths occurred in the most affluent areas in Scotland. We were able to show that the rates of drug-related deaths within deprived communities were on a par with rates for heart disease and strokes.

An important factor to consider here was that budgets for alcohol and drug services in Scotland were significantly reduced between 2007 and 2019, down from £114m to a reported figure of £73.8 million per year. We wanted to find out if there was any evidence linking funding cuts to the increasing rate of drug deaths.

Another key issue was discrimination – the idea that people who use drugs to cope with life and unresolved trauma are routinely described in policy documents and in the media as unproductive citizens. Throughout my time researching this topic, I have seen labels such as “work-shy”, “benefits scroungers”, and “poor parents” being applied, with the clear implication that people who use drugs are legitimate targets for discrimination, or that somehow their lives matter less.

In our 2020 paper we reviewed the 2009 Audit Scotland report on drug and alcohol service provision, published after the Scottish government released its 2008 drug strategy: The Road to Recovery. We also examined the 2019 Audit Scotland report, and analysed the formula used to determine how funding is allocated to alcohol and drug partnerships, which then assign money to local services.

The 2019 Audit Scotland report indicated that annual funding of £73.8 million was being made available to services for drug-related issues. But our research (using the government’s funding formula) indicated that the actual figure was closer to £53.8 million annually.

The report’s additional £20 million included £10 million per year allocated for two years to the Drug Deaths Taskforce – an academic group that looks into research surrounding drug issues as opposed to a service on the ground for drug users. The organisation is considered by many working in the field to have been a political ploy by the Scottish government to prevent a public health inquiry which would reveal that the bulk of drug deaths in Scotland were happening in areas of deprivation and poverty.

The evidence indicated that 40% of people in crisis were leaving services in an unplanned manner, either because their needs were not being met, or they failed to comply with treatment. Our evaluation of a rights-based advocacy service in South Lanarkshire revealed that as well as deterring users, this loss of funding also led to many skilled professionals leaving the sector.

Who cares if they die?

The discrimination against drug users as lesser citizens succeeds, in part, because of it is often reinforced in the media. To challenge this stigma, UWS created an online event to make our research available and to provide a forum to discuss the risk factors for increased drug related deaths.

In December 2019, the day before the new DRD figures were released, we promoted a conference titled: Who cares if they die, they’re only junkies. Designed to provoke, the title highlighted the stigma and negative labels routinely applied to drug users.

We explained how our research provided strong evidence that the rise in drug-related deaths was connected to cuts to treatment and support services funding, as well as the centralising of services, and reliance on unpaid volunteers.

Following the event, we wrote an open letter to the first minister of Scotland, outlining ten recommendations to address the drug death crisis, with our findings and recommendations capturing significant attention from the media, the public and policymakers.

All along, we hoped our research would have a positive impact on the lives of people who use drugs, so we hugely welcomed Nicola Sturgeon’s subsequent announcement, to the Scottish parliament that funding cuts to services would in essence be reversed.

Ensuring adequate funding for treatment and support services was our central recommendation, one we believe will – now that it has been implemented – save lives.

Iain McPhee is affiliated with Reach Advocacy: a human rights advocacy training service on their management board. https://www.reachadvocacy.net/ourpeople

2021-02-22
Previous Post: COVID: A distorted sense of smell is dangerous but treatable
Next Post: Lockdown roadmap: is the UK’s exit plan the right one? Three experts give their view