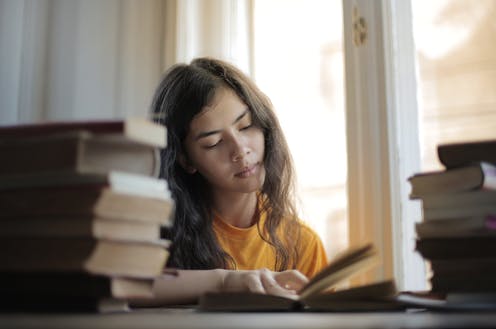 Each year, parents in England face the difficult decision of choosing which secondary school they would like their child to attend. They submit a list of schools to a website run by their local authority, and each school then decides (usually, using a computer) which children satisfy their eligibility criteria.

However, most local authorities limit lists to three schools, and shortlists distort parental preferences. A school that a parent really likes might be an admission long shot, so the parent might decide to leave it off their list in favour of a safer bet.

Our latest research shows that parents have to juggle a range of issues when choosing a school. It also suggests that better use of technology could make the system work better.

Our research estimates what drives parental choices. We matched data on parents’ lists of school choices to the Department of Education’s National Pupil Database, which contains data on all pupils in all state schools in England.

When we examined the choices made by parents, we found many idiosyncrasies in the data. Many parents list just one school, so failing to get into their one preferred school would result in being allocated a place wherever capacity exists.

More than half don’t list local schools, suggesting widespread dissatisfaction with nearby possibilities. Faced with either poor local choices or good schools with a low chance of admission success, parents would rather travel to get better choices that are not such long shots.

Many choose to list schools further away that are lower quality over local alternatives that are difficult to get into. There might be for good reasons for parents making apparently strange choices, such as prioritising a school with a good reputation for sports. But an odd choice could also be the result of poor information.

We found that parents place considerable weight on school quality (measured by the achievement of five or more GCSEs). We estimate that, on average, parents would be prepared for their child to travel around 0.9 km further to achieve 10% higher quality. Minority ethnic parents are, on average, willing to travel a lot further. Despite this, they are an average of 17% less likely to secure their first-choice school. Many households seem to be willing to carry a big burden to access better schools.

We also looked at the extent to which parents behaved strategically – avoiding attractive schools that were admission long shots. Our modelling suggested parents who live in areas with limited good school capacity are more cautious, meaning that they are disproportionately likely to list the less good local schools.

Simply increasing the number of schools parents are allowed to rank would be a start in making the system work better. This would reduce the problem of forcing parents to play safe.

Our modelling also offers the prospect of allowing for better evidence-based choices. An obvious way of doing this would be to use our research as the basis of an algorithm – of the sort that we are familiar with to choose hotels or holiday packages. The consumer sets the criteria: say, a faith school of minimum quality and maximum distance.

The options could be visualised to allow parents to see a map of schools that meet the criteria. One could go further and use the modelling to suggest a list. It could also show how risky any list is – and even calculate the possibility of ending up being allocated a school not on your list but that has spare capacity.

More complex coding could recommend a ranking to parents, based on their location, and predict their child’s chances of getting into the ranked schools. It could pick out reasonably good schools at which they might be fairly sure of securing a place. It could also highlight long shots that might be sensible to include at the top of an otherwise relatively safe list.

Right now, advice provided to parents by local authorities is limited. None seem to provide even simple visualisations of the possible choices and their respective qualities and proximities. Even the simple things that we have come to expect from hotel listings seem to have defeated local authorities. Providing such information could ensure that parents are well informed about the good schools that they are likely to gain admission to – and might be nudged towards listing them.

All of this could ensure better matches of pupils to schools and better use of spare school capacity. It could especially help parents who find the existing system difficult to engage with.

Ian Walker has received funding from the Nuffield Trust to support this research.