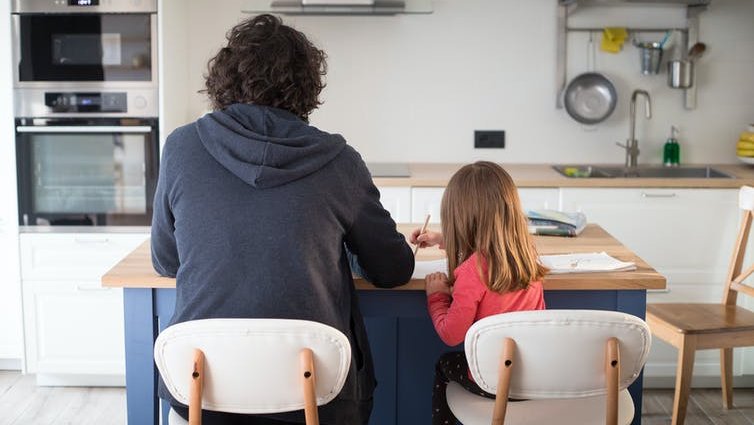 The reopening of schools will be greeted with relief by many exhausted parents who have had to juggle working from home with childcare and homeschooling since the coronavirus pandemic began.

But it will not be a return to normal for some families – the experience from Scotland, where schools went back on August 17, has shown that there will inevitably be individual school closures due to coronavirus cases, which will require children to be looked after at home again. It’s also unclear what the effect will be on the wraparound services – before and after school clubs – that many families rely on in order to balance childcare and work.

In cases where children can’t be in school or childcare, evidence from lockdown suggests that women will continue to bear more of the burden of additional childcare than men.

The UK is lagging behind other countries in getting back into the office. By mid-July only half of UK workers (52%) had returned to their normal workplace, compared with 82% of French employees and 72% in Germany, Spain and Italy. Many large companies such as RBS and Google have already announced that their employees will carry on largely working from home well into 2021. Working from home is likely to be the new normal – at least for the foreseeable future.

For some, working from home is a dream come true. It means an end to long commutes and the possibility of flexible working and a better work-life balance. For many working parents, however, working from home during the COVID-19 pandemic has been a living nightmare.

In collaboration with Ipsos MORI, we used online survey results from 4,341 respondents aged 18-60 in the UK from May 5-11 2020 to analyse the gender gap in childcare during lockdown.

Our survey evidence revealed that the closure of schools and childcare left the average heterosexual two-parent household with young children with nearly a working week’s worth of childcare to do on top of their regular work. And mothers have borne the majority of this additional burden.

The gender division of the additional hours of childcare during the months of school and nursery closures has been in line with the unequal division prior to the pandemic – on average, mothers have done two hours of additional childcare for every one hour done by fathers.

Women have also been doing a lot more juggling of childcare and work than men. Women are more likely to take on additional childcare irrespective of whether they are working, while men only put in more childcare hours when they are not working. The pressure of juggling work and childcare is incredibly stressful – hardly surprising, then, that the decline in mental health after lockdown has been twice as great for women (on average) than it has been for men.

A setback for gender equality

The World Economic Forum has described coronavirus as the worst setback for gender equality in a decade.

Women were initially hit harder economically than men because they were more likely to work in affected sectors such as retail and hospitality. In the early days of lockdown, women were five percentage points more likely than men to be out of work. On top of this, our survey evidence showed that many women gave up work because of the increased burden of childcare. Women with young children, particularly those who did a lot of childcare before the pandemic, were even more likely to be out of work once it hit.

According to the latest data, the gender pay gap in the UK stands at 18%. Childcare is a leading factor in this discrepancy. Women typically organise their working life around childcare to a greater extent than men, giving themselves restricted (and poorer) employment options. Fragmented work patterns among mothers with young children are associated with lower pay and there is a sizeable pay penalty associated with part-time work.

In the long term, the unequal division of the additional childcare during the pandemic is likely to take its toll. In academia, there is anecdotal and some statistical evidence that the share of working papers being published and submissions to journals by women has fallen since the beginning of the outbreak and that the share of new work on the impacts of the pandemic itself from women is particularly low. This should not be surprising: it is hard for women to be as productive as men if they are juggling work with a higher burden of additional childcare.

It will be a while before we see the full impact of lockdown on women – gender pay gap reporting by firms has been suspended due to the pandemic. The next set of figures won’t be published until 2021 and will need to be looked at carefully for any sign of widening disparities.

There has been a small silver lining: even though fathers are doing a smaller share of childcare than mothers, the sheer scale of the additional burden for all parents has meant that there has nevertheless been a sizeable increase in childcare done by fathers. Unfortunately, this was particularly the case when men had been furloughed or had lost their jobs.

We do not yet know the full extent of this pandemic on mothers, but it seems clear that it will take more than children going back to school – or Boris Johnson exhorting everyone to return to work – to go back to the way things were, never mind to achieve a level playing field.

Sarah Smith does not work for, consult, own shares in or receive funding from any company or organization that would benefit from this article, and has disclosed no relevant affiliations beyond their academic appointment.