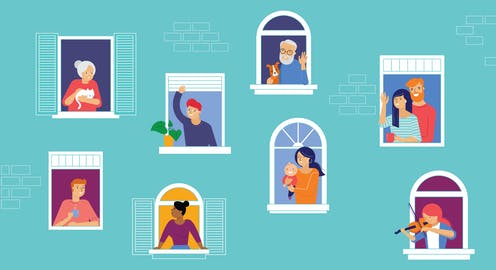 The COVID-19 pandemic has had a negative impact across the entire population, but one group likely to have been disproportionately affected is people with eating disorders. There are an estimated 1.3 million people in the UK living with an eating disorder.

Our research has been exploring exactly how the pandemic has affected them. We asked 129 individuals currently experiencing eating disorder symptoms or who are in recovery what the impact has been on their lives.

Disruptions to daily life as a result of lockdown and social distancing appear to have had a detrimental impact on people’s wellbeing, with almost 87% of participants reporting that their symptoms had worsened as a result of the pandemic. Those surveyed also identified various related negatives that had affected them, including changes to physical activity rates, reduced access to healthcare, increased exposure to triggering messages, and changes in their relationship with food.

For many people, the pandemic has significantly changed daily life, but this is a particular problem for people with eating disorders. A regular routine is often vital for recovery and preventing relapse. During the pandemic, lack of routine created more time for individuals to criticise their appearance and ruminate on their weight, exercise habits and meals.

Changes forced upon individuals with eating disorders also led many to report feeling a lack of control – a factor known to be linked to eating disorder symptoms. For some, engaging in disordered eating allowed them to regain some sense of control.

Those experiencing lockdown alone faced increased feelings of social isolation, which sometimes aggravated their disorders. On the other hand, some individuals suddenly found themselves living with friends and family, which was a source of stress and anxiety. This was potentially down to having to hide their eating disorder from others, increased scrutiny and/or pressure from loved ones to eat more, and a loss of control over their diet.

Another major challenge was healthcare provision being reduced or there being discrepancies in accessing healthcare services. Some individuals described being prematurely discharged from inpatient units, having their treatment suspended and/or receiving limited support after having been diagnosed with a condition. This led some to feel like a burden or an inconvenience, or as though they had been forgotten by the government and NHS.

Technology provided one way around this issue, allowing people with eating disorders to continue to access their treatment and support remotely. However, eating-disorder services across the UK aren’t consistent; some were quick to move online, others not.

Technology had other positive aspects, too. With face-to-face meetings not possible, people appreciated being able to use tech to connect with friends, family or others with shared experience of eating disorders. However, this was a double-edged sword. Video-calling software was distressing for some, as seeing themselves more frequently resulted in them being more critical of their appearance.

Public behaviours can be triggering

Unsurprisingly, eating behaviours and exercise became dominant themes across social media during lockdown. Memes about weight gain and binge eating have become prevalent over recent months. Those surveyed described the public preoccupation with eating and weight as problematic and distressing. While these memes are often intended to be humorous and tongue in cheek, they have the potential to be upsetting and/or triggering for those with experience of eating disorders.

There has also been a shift towards promoting exercise during the pandemic. Joe Wicks’s daily YouTube workouts were very popular during lockdown, for instance. However, excessive exercise can be a symptom of some eating disorders, and so this type of content has the potential to be triggering for some viewers.

Over 36% of those we surveyed reported an increase in physical activity during lockdown. Of those reporting a decrease in activity, some reported restricting eating to compensate. Therefore, while positive messages about diet and exercise can be beneficial for many, it’s important for healthcare services and the government to acknowledge that these can be negative for vulnerable populations.

We also witnessed significant changes in people’s public behaviour towards food in general, with food hoarding resulting in bare supermarket shelves in the early days of lockdown. Over two-thirds of those surveyed reported a change in their relationship with food since the start of the pandemic. This included being more likely to binge-eat due to food being in the house, or alternatively using a shortage of supplies to justify restricting their food intake.

Crucially, our research highlights that we must not underestimate the long-term impacts of the pandemic. The consequences could be severe for people with eating disorders. They will likely cause some people’s conditions to worsen and, in some cases, prove fatal.

Effects on symptoms and recovery may prevail long after lockdown has ceased. It is important that this is recognised by healthcare services and beyond.

Outside of the UK, support is available over the phone and online from the following organisations: