Obesity strategy: policies placing responsibility on individuals don’t work – so why does the government keep using them? 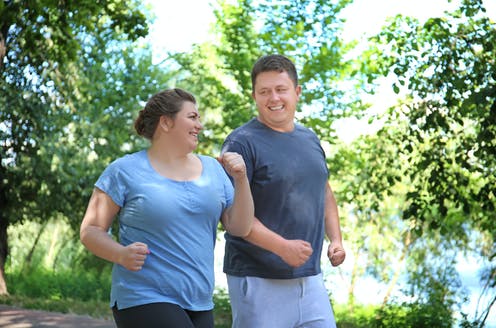 The government has recently announced a strategy aimed at reducing obesity in the UK. It will introduce a ban on unhealthy food advertisements on TV before a certain hour, end “buy one, get one free” junk food deals, and create more comprehensive calorie contents on food and drinks.

While some of the proposed strategies are long overdue – such as bans on junk food advertisements – most of these initiatives still place emphasis on getting people to change their eating and lifestyle habits. Not only does this type of strategy ignore the many drivers of obesity, such initiatives have also been proven ineffective time and again.

For decades now, health promotion policies targeting non-communicable diseases have focused on getting people to change their lifestyles. The rationale is that these diseases (such as diabetes and heart disease) are mostly due to modifiable factors – such as poor diet, smoking, consuming alcohol and not moving enough.

These campaigns aim to give people the information needed to change their behaviour. So-called “nudges” are also used to promote lifestyle change. Examples include greater visibility of healthy food in supermarkets and encouraging people to take the stairs where possible.

Read more:
Four reasons the UK government’s obesity strategy may not work for everyone


However, a growing body of research shows these types of health policies don’t work. This is because such policies place responsibility on the person, ignoring the other drivers of obesity. Social inequity, the influence of food and beverage industries, and specific aspects of globalisation (including trade liberalisation) are all known causes of obesity.

Policies focused on changing behaviour end up blaming people for factors which are often entirely out of their control. What’s even more worrying in the current context is the government’s emphasis on obesity as a reason for the UK’s number of coronavirus deaths. While there’s undoubtedly a link between obesity and COVID-19, the government’s obesity strategy is effectively shifting the blame from the government’s response onto people living with obesity.

Health policymakers increasingly acknowledge that many factors outside a person’s control contribute to health inequalities. However, the health policies designed time and again still tend to promote lifestyle interventions as a solution.

Research shows that obesity disproportionately affects people from poorer backgrounds. Yet instead of seeking to change the causes of these inequalities, policy responses continue to promote lifestyle changes, only more strongly targeted at poorer populations. This stigmatises poorer population subgroups instead of offering real solutions. And it fails to take into account issues of access and affordability of healthy lifestyles that people from low-income communities often face.

One reason the government continues to design policies that place responsibility on individuals is because of the growing involvement of food and drink manufacturers in policymaking. This is because the food and drink industry is still considered an important partner in the fight against diet-related diseases – despite obvious conflicts of interest.

The idea that everyone can work together towards a common good, reflects a governance style that became popular over the last decades in the US and Europe. It promotes the creation of partnerships and the inclusion of industry at all stages of policymaking. This is done through impact assessments and consultations.

Blurring the boundaries between the private and public sector is problematic for public health. Processed food and soft drink industries have an interest in keeping health promotion policies focused on individual behaviour. Doing so, they avoid regulation and can protect their bottom line. In addition, they can engage in corporate social responsibility activities to promote healthy behaviours. This makes them look good, even though their products are the cause of the problem.

Although advertising bans go against industry interest, the commercial determinants of health are much more deeply ingrained than the obesity strategy currently recognises. If governments continue to embed industry lobbying in health promotion policies, they are likely to remain limited to individual responsibility.

Meaningful change will require a rethinking of policymaking processes to prioritise public health over private interests. It will also require more explicit engagement with the economic and political drivers of obesity when making future policies.

Charlotte Godziewski does not work for, consult, own shares in or receive funding from any company or organisation that would benefit from this article, and has disclosed no relevant affiliations beyond their academic appointment.