How the coronavirus pandemic is affecting young people’s career plans 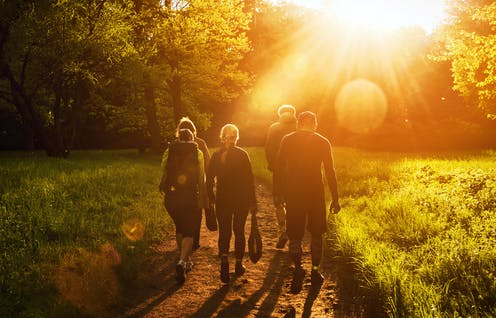 The coronavirus pandemic has had a serious and potentially detrimental impact on the lives of young people in the UK. The disruption to A-level results is one significant example, but is not the only way the future career prospects of young people have been affected.

Those aged 16 to 24 have been among those hardest hit by the pandemic. They are most at risk of unemployment and face reduced opportunities for employment and training.

My research focuses on the decisions young people make about their future, including how social class and location affect the decisions made by 16-18-year-olds when they leave school. Recently, as part of an ongoing research project, I spoke to ten young people about how the coronavirus pandemic had affected their plans for the future.

I had interviewed these young people a year previously, when they were all in further education studying for their A-levels or vocational qualifications. All had GCSEs and expected A-levels or BTEC grades which would make university perfectly possible, yet many had been looking towards finding a job, starting training schemes or apprenticeships or returning to college for more study. Some were just deeply uncertain about what to do after leaving college.

Six of the young people emphasised that the pandemic (and the government-enforced lockdown) had slowed or curtailed their opportunities for jobs, applications for training courses or had delayed start dates for training. Robin, for example, described how many companies which had previously offered apprenticeships had either put applications on hold or were no longer accepting them.

The situation was similar for Becky, who was working for a pizza delivery company whilst she searched for other job opportunities. She explained that the pandemic had made it more difficult to find alternative employment or to gain support from others regarding education or training opportunities.

The overwhelming message here was one of frustration: stalling and slowing opportunities, job prospects being curtailed, and applications for training shut down. This made it harder to escape unsatisfying or poorly paid part-time jobs.

These experiences are borne out by the findings of other research: a survey by the Resolution Foundation think tank found that a third of people aged 18-24 had lost work as a result of the pandemic, while the Hope not Hate campaign group found that 55% of the young people they surveyed believed that their options for the future had been limited.

The sense of uncertainty which lay ahead was deeply frustrating for some, yet the young people I spoke to retained hope that opportunities would emerge again once the pandemic had passed. None of them said they had had a radical change of heart or anticipated a completely different path as a result.

Yet these young people’s plans were often highly tentative. While they felt that going to university and moving away from home was the route to a “better” job, few were certain about exactly what they would be doing (in terms of work or careers) in the future.

The experiences of these young people, both from my current and previous research, show the fragility with which this group makes decisions for the future. Young people’s plans, hopes and aspirations change. Their trajectories and transitions through post-18 training and employment are, for many, not linear but instead take unexpected courses and turns. They are often influenced by contexts and circumstances beyond their control.

This is especially so for young people who do not come from a family with experience of higher education, or with financial, cultural or social resources that would prop up a smoother transition after the age of 18.

Within an uncertain environment, the slumped opportunities for employment or stalled access to training may be potentially damaging, especially those not transitioning to higher education. If work and training opportunities are harder to come by, young people who are already at risk of experiencing mental health problems may feel an exacerbated sense of uncertainty and anxiety at this time.

Support and guidance for young people navigating these uncertain times is crucial. Schools, colleges and training providers could play a vital role here by reaching out to provide support when dreams, hopes and plans don’t work out. If anything is to be learned from this pandemic, it is that we need to offer compassion and care to the young people who are making their way through this highly challenging and precarious time.

2020-08-18
Previous Post: Going green dramatically benefits businesses – it should be central to their coronavirus recovery strategy
Next Post: Countries around the world are using border surveillance systems against their own citizens