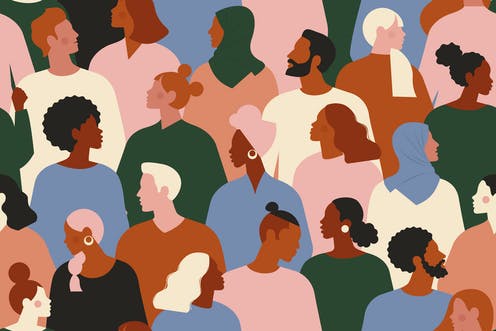 On December 9 2008, 45-year-old Connie Culp became the first person in the United States, and only the fourth in the world, to receive a face transplant. Connie’s transplant took a team at the Cleveland Clinic in Ohio more than 22 hours to perform and allowed her to eat solid food again, to smell, and to breathe independently. Four years earlier, Connie had been shot in the face by her husband, who was subsequently imprisoned for seven years for aggravated attempted murder. Sadly, Connie died on July 29 2020, of an as yet unspecified infection.

Although Connie’s story, of physical abuse at the hands of a partner, is regrettably common, her surgery was exceptionally rare. Our ongoing research shows that there have been 47 face transplants worldwide, if we count two re-transplants, including that of another American woman called Carmen Tarleton.

Carmen had also been attacked by a man, her ex-husband. Her first transplant, which she received in 2013, failed. Despite taking strong doses of immuno-suppressive drugs, her body slowly rejected the new face, to the point where she could no longer eat and was in constant pain. Carmen received a second donated face in July 2020 at Brigham and Women’s Hospital, Boston, in the same month that Connie died.

Like Carmen, Connie benefited from an extraordinarily skilled and specialist team of surgeons, nurses, psychologists and physiotherapists committed to the care of their patient, and the willingness of a donor family to give up the organ of the body most associated with their loved one’s identity. We are currently researching face transplants, working with these extended surgical teams, and with people with facial differences, to understand the experiences of everyone involved in this headline-grabbing surgery.

Face transplants are still an experimental form of transplantation. They involve the transfer of skin, fat, muscle, nerves, bone, tongue, teeth and scalp from a dead donor to repair severely damaged features of a recipient. The primary aim is to help a person to eat, speak, blink and make facial expressions, but they are also expected to improve self-esteem and social relationships.

Unlike other kinds of organ transplant, face transplants are generally considered life-enhancing rather than life-saving. Yet they come with the same rejection risks as a new kidney, lung or heart. Recipients must take strong immunosuppressive drugs with multiple side-effects to prevent their body rejecting the transplant. The first face transplant patient, Isabelle Dinoire, received her transplant in November 2005 and experienced several episodes of rejection before her death from cancer in 2016.

For these reasons, face transplants are not undertaken lightly. Despite media sensationalism about the potential use for cosmetic or criminal reasons (motivated in part by the film Face/Off), they are restricted to severe physical injury or illness. This is one of the reasons why face transplants have developed relatively rapidly in the United States, as a response to catastrophic gunshot wounds (and why there has not yet been one in the UK, which has more restrictions on gun control).

The earliest proposals for a face transplant suggested they would last ten years, based on comparable averages from solid organ transplants. So it is potentially significant that Culp’s face transplant lasted 12 years. But there have been insufficient numbers of face transplants to be able to make long-term predictions. And their incidence has actually declined since the 2010s, to an average of just one per year.

There are many reasons for this, including funding limitations and the small number of suitable donors and candidates. Another reason is the lack of comparative international data. We don’t have enough evidence about the individuals involved, and the perception of patients, their families and donor families into the effect of face transplants.

Connie supported potential patients and their families going through the radical surgery that she underwent, with all its physical and psychological effects. She became a public figure, appearing on Oprah and talking openly about domestic violence and facial difference. Her work highlighted the need for compassion and empathy in thinking about facial difference. “You never know what might happen to you”, she said in a CNN interview. Not all face transplant recipients are comfortable with a high level of media scrutiny, though many receive it.

Understanding the psychological effects of living with visible facial difference, as well as a new face, is very important. Every surgical solution has emotional consequences, which are less documented than physical results. This reflects the context in which face transplants take place. Scientific medicine tends to focus on physical rather than mental measurements, and on the immediate “before and after” rather than the prolonged, complex work of psychological healing.

Surgical teams around the world are beginning to assess the quality of life outcomes of face transplants, but progress is slow. International comparisons are difficult to make, even in physical terms. Nine face transplant patients have died, and two faces have been rejected, but there are few examples of long term, holistic follow-up. Given Connie’s work in raising public awareness of the impact of living with facial difference, there will be no more appropriate legacy than a better understanding of the benefits and limitations of face transplants.

Fay Bound Alberti receives funding in the form of a Future Leaders Fellowship from UKRI that supports her research into the international history of face transplants.