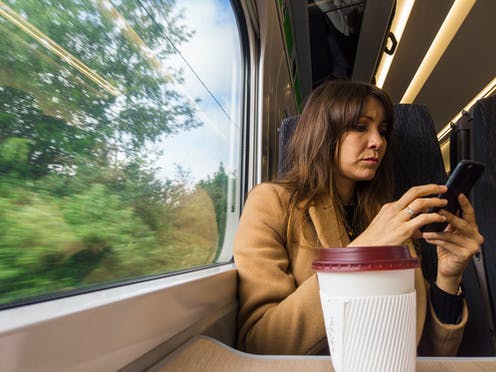 Wearing face masks on public transport and in shops is now mandatory in England, Scotland and Northern Ireland, and on public transport in Wales. This poses a difficulty for some people with disabilities, who may have problems with breathing, need to see people’s lips to be able to understand what they are saying, or experience sensory issues which make wearing a mask challenging.

Throughout the pandemic, people with disabilities have faced harassment and questioning about why they are not wearing masks. Disability activist and author David Wilkin highlighted the experiences people with disabilities who have been harassed on public transport and accused of trying to infect and kill others with the virus. Others have been told that because they are not wearing a mask they are more likely to catch the virus and pass it on – and will use up resources better used by other people.

The UK Government ruling on masks means that face coverings must be worn in shops, banks, on public transport and any indoor spaces where there will be contact with people for an extended periods of time, excluding bars and restaurants. The rules are likely to apply to more settings as restrictions are lifted in the future.

This lack of awareness has made matters worse. Paul Feeley, who lives with various invisible disabilities, reported being harassed multiple times on public transport and being told that he “shouldn’t be allowed out” if he cannot wear a mask.

In 2006, after decades of work and campaigning by people with disabilities, the United Nations Convention on the Rights of Persons with Disabilities (CRPD) was created.

It was the first Human Rights Convention to formally recognise the dignity and right to participation in all aspects of life for people with disabilities. This includes in education, work, social and cultural activities such as sports, arts and culture and political life. Article 9 protects the right to access transport, as this is a key element to enjoying the other rights.

Harassment and attacks can be reported as disability hate crime – but disability rights groups argue that prevention is key to making the protection effective, as there are a number of barriers to reporting to police.

The government has produced exemption cards, that people can show if they are challenged about not wearing a mask. But this is problematic because it makes people with disabilities responsible for making sure that they are not abused or intimidated by other members of the public. This breaches the right to live free from abuse, exploitation and violence under Article 16 of the convention. Under this article the onus is on the government to use public education and other means to prevent abuse.

These problems are part of a long-lasting trend that has meant that people with disabilities often struggle to access key services such as public transport.

Abigail Pearson does not work for, consult, own shares in or receive funding from any company or organization that would benefit from this article, and has disclosed no relevant affiliations beyond their academic appointment.

2020-08-13
Previous Post: Vegetarian and vegan diet: five things for over-65s to consider when switching to a plant-based diet
Next Post: Global business travel will not be killed off by coronavirus – new research